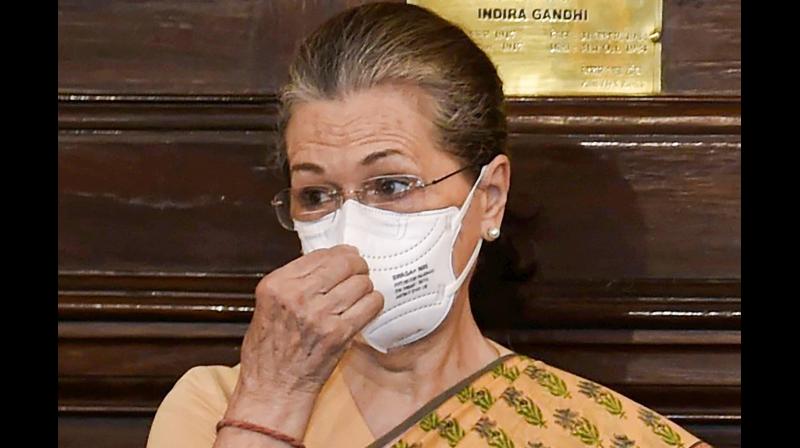 Normally, the communal clashes witnessed in Madhya Pradesh’s Khargone district on Ram Navami followed by the bulldozing of houses of “alleged” culprits (mostly Muslims) would have prompted the main Opposition party, the Congress, to hit the streets. But instead of taking on the Shivraj Singh Chouhan government, there is radio silence in the Congress camp. Except for a tweet by former chief minister Digvijaya Singh, no state Congress leader has visited the site of the riots or taken up the cause of those whose houses were razed without any due process. Former state Congress president Arun Yadav, who contested elections from Khargone, was conspicuous by his absence. When told that instead of touring the state, he should visit his old constituency to show solidarity with the injured and those rendered homeless, his only response was that he was otherwise occupied with the ongoing wedding season. Former chief minister Kamal Nath also shrugged off a suggestion from agitated Congress leaders who wanted the party to extend legal help to the victims, saying such a move would prove to be a self-goal. It is obvious that the Bharatiya Janata Party’s charge that the Congress indulges in minority appeasement has immobilised the Congress.

It is almost two years since a group of senior Congress leaders, referred to as G-23, wrote to party president Sonia Gandhi pressing for internal elections and an organisational overhaul. While the process of party elections has been set in motion, the G-23 is not entirely happy with the way the party is functioning. The group is now planning to gather together at least 100 like-minded party colleagues for a brainstorming session in Delhi sometime in the coming months.

The plan is to discuss the proposals they had put forth in the letter to Sonia Gandhi and chalk out the progress made on each of them. The proposed meeting will also seek inputs from the floor on the changes and improvements. Members would like the leadership to undertake to revive the party in the run-up to the next round of elections. Only time will tell if this meeting will succeed in mounting sufficient pressure on Sonia Gandhi to implement their suggestions.

Although the Rashtriya Lok Dal won only eight of the 33 seats it contested in the recent Uttar Pradesh Assembly polls, its leader Jayant Chaudhary has not given up. While he got down to reorganising his party’s state unit immediately after the declaration of election results, Jayant Chaudhary now has his eyes set on positioning himself as the future Jat leader. As a first step in this direction, Mr Chaudhary is planning to expand the RLD’s footprint by contesting in the next Haryana Assembly polls. Since Haryana is a Jat-dominated state and borders Uttar Pradesh, Mr Chaudhary believes the RLD can create a space for itself here. However, it will not be easy as the RLD chief will be competing with Haryana deputy chief minister and founder of the Jannayak Janata Party Dushyant Chautala whose party surprised everyone by bagging ten seats in its first electoral foray. The young Chautala also sees as a future Jat leader especially since there is no other young leader from the community who has sufficient potential to take on the mantle of older Jat leaders like former chief minister Bhupinder Singh Hooda.

Is there a secret  understanding between Rashtriya Janata Dal leader Tejashwi Yadav and Bharatiya Janata Party leader and environment minister Bhupendra Yadav? At least, that’s the buzz in Bihar’s political circles. The BJP minister, who was entrusted with several important assignments for the party before his induction into the government, was, at one point, in charge of Bihar. According to Janata Dal (U) insiders, whenever there is talk that a repentant Bihar chief minister Nitish Kumar is reaching out to RJD leader Lalu Prasad Yadav for an alliance, it is the BJP which prevails upon Tejashwi Yadav camp followers to rule out any tie-up with the Janata Dal (U). It is no secret that Nitish Kumar would like to end his partnership with the BJP as the saffron party has reduced him to a political pygmy.

The Uttarakhand unit of the Congress is in turmoil after the party president appointed Yashpal Arya as the leader of the legislature party in the state Assembly. Mr Arya was among the Congress leaders who had joined the BJP but returned to the party shortly before the recent Assembly polls. Other contenders like Pritam Singh, who was the leader of Opposition in the government’s last term, are predictably upset at being ignored. It is being speculated that the Congress leadership felt compelled to pick Mr Arya, a dalit, for this job as it is under pressure to drop Kumari Selja (also dalit) as Haryana Congress president.

The party apparently wished to avoid any criticism that it had removed a senior dalit leader from a key party position and it, therefore, placed another dalit in a key role. Already under pressure, the Congress wanted to avoid any controversy at this juncture when it is chalking out a special plan to woo dalits to the party fold.