Engagements on the platform often seem to presume that they will automatically be the most neutral or the best judge of notability. 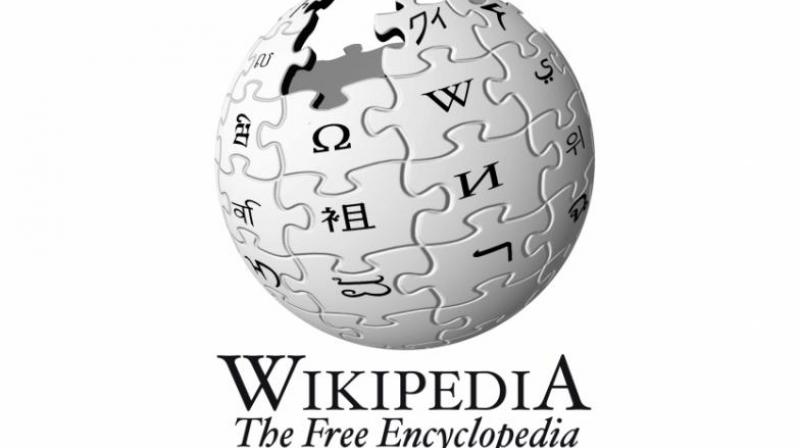 To speak about her as on these Wikipedia’s talk pages is disrespectful to her legacy and ignorant of the issues of dalit peoples.

Growing up as a dalit woman, I realised we were never legitimised as creators of knowledge. The reality of knowledge creation in India is that it is traditionally dominated by “upper caste” scholars who create knowledge for a primarily “upper caste” audience.

This effective cultural annihilation is what compelled me to embark on my journey as one of the first dalit editors on Wikipedia. With more than 15 billion page views per month, and as the largest participatory knowledge platform in the world, Wikipedia offered the opportunity to chronicle the erased history and influence of dalit peoples.

For the first time, it seemed dalit women could lead a knowledge practice that could uniquely centre our communities in this digital sphere. It was a sobering realisation then that the structural oppression that kept out Dalit stories from the annals of archived Indian history also shaped the dynamics of engagement on Wikipedia.

In 2015, as part of Dalit History Month, I helped organise a Wikipedia editathon at MIT, Boston with over 70 editors. We started with minor edits and gradually added categories to identify Dalit leaders, scholars, artists, and writers. It took all of 15 minutes before certain Wikipedia editors began to push back. The next day, out of 105 edits we made, only 23 remained.

When we sat down to examine the process and outcomes, we found that new categories we created like “dalit history”, “dalit writers”, or “dalit women”, were all rejected! Reasons cited appeared to be arbitrary ranging from our status as “new editors who didn’t know anything” to “categorising as dalit is categorising based on caste and, therefore, a perpetuation of caste”. Meanwhile, there existed no dearth in the use of “brahmin” as a category!

For example, Wikipedia’s general notability guideline defines the following: “If a topic has received significant coverage in reliable sources that are independent of the subject, it is presumed to be suitable for a stand-alone article or list”. In other words — it is notable. But what are considered reliable sources for dalit knowledge-making? What does ‘notability’ mean to us? These were seemingly simple guidelines for others but complex epistemic hurdles for us.

Familiar barriers
Let’s consider the term — “reliable sources” — alone. It’s often used by Wikipedia editors to show dalit editors the door. Wikipedia stipulates that “articles should be based on reliable, third-party, published sources with a reputation for fact-checking and accuracy”.

However, the lack of dalit representation in academia, in mainstream media and news organisations is nothing short of infamous. As the former journalist and scholar Pamela Philipose pointed out in her editorial, mainstream media in India is vastly disconnected from the dalit public. This kind of widespread exclusion from institutions of knowledge-legitimisation already puts us at a source scarcity.

While these sources are widely read by the dalits, they are deemed “unreliable” and “biased”. What does this leave us with? The colonial gaze of white and brahmanical academics and media persons to tell our histories? In rejecting our sources, Wikipedia’s guidelines are carrying over the same structural inequities that we fight on the ground.

‘Notability’
The platform’s “neutral point of view” guideline states that editors should not promote one view over another and must include all points of view on a certain topic. However, it is clear that most topics on India are created and edited by a largely “white” or “upper caste” male community. Engagements on the platform often seem to presume that they will automatically be the most neutral or the best judge of notability.

However, a deeply troubling example of how caste affects notability on Wikipedia is in Delta Meghwal’s Wikipedia page. Delta Meghwal was a young dalit artist and student who was brutally murdered by her “upper” caste faculty members.

On February 14, 2017, almost after a year of the incident, the page was entirely deleted and redirected to “Crimes in India” without discussion or consensus on its talk page. On the same day, the page was nominated under “Articles for deletion”.

Delta was significant to the dalit feminist movement. She was institutionally murdered by casteism. Her death was widely covered by national news platforms and witnessed nationwide protests. Many dalit feminists carry her memory. To speak about her as on these Wikipedia’s talk pages is disrespectful to her legacy and ignorant of the issues of dalit peoples. In short, many editors are not qualified to judge notability.

Reclaiming digital futures
Despite these hurdles, we continue to edit Wikipedia with allies like Whose Knowledge? As of today, we have trained 150 people, edited over 280 articles, and added over 40 new entries to Wikipedia.

It is true that to end a caste apartheid of 2500 years, we need to represent in spaces from which we were locked out. But if Wikipedia’s policies, editors, and infrastructure continue to create an exclusive place for white and oppressor communities; where marginalised, indigenous and oppressed communities only experience violence and exclusion, why should we continue to engage on it? We may leave even if it means starting from scratch to create our own radical participatory platforms of inclusive knowledge-making.