It is a sad moment for Indian democracy that the Prime Minister will henceforth be pulled down by the weight of old questions. 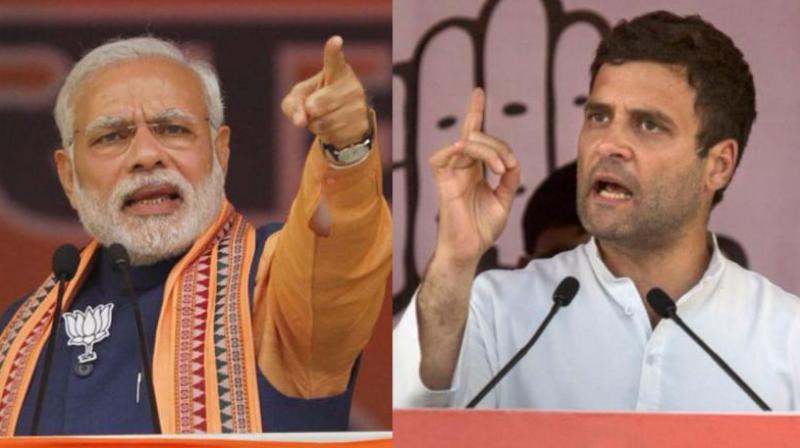 Shortly before the campaign for the final phase of the Gujarat Assembly polls ended on Tuesday, Prime Minister Narendra Modi’s Twitter handle buzzed with a series of tweets. First in Gujarati and later in English, these summed up his message to the state’s voters. Sentences were woven around his favourite pronouns – “I” and “they”. First-person singular was used for “travel across length of breadth” of the state, and receiving “unparalleled  affection”. “They”, the third person pronoun, denoted “our worthy (sic) opponents” accused of “lies” spread “about Gujarat, Gujarat’s growth and about me personally”. He concluded that due to such behaviour by the Congress (though he didn’t name the party) “it is natural for every Gujarati to feel hurt. People of Gujarat will give a fitting reply to the negativity and lies of the Opposition”. Hu Vikas Chhu... Hu Gujarat chhu (I am development... I am Gujarat) — a BJP campaign video had proclaimed earlier. Mr Modi edited this to Hu Gujarat chhu — criticising him is an affront to the state and its people!

At another place in Ahmedabad, incoming Congress chief Rahul Gandhi also communicated with voters, but not from Mr Modi’s one-way street. He addressed his first press conference (Mr Modi is yet to call one in 43 months) after becoming his party’s president-elect. Besides claims that he was only expected to make, Mr Gandhi said something he could have done without because he was not responsible for it: “I would also like to change the discourse of politics. It has become nasty, ugly and there is a lot of anger and angst. We want to do the politics of love and compassion.” Mr Gandhi reiterated in his interaction that his party remained focussed on its narrative of unemployment and issues that were concerning farmers, the youth, health and education. In contrast, he pointed out, the BJP wavered from issue to issue and “for the last couple of days Modiji spoke only about himself and the Congress and about me, my visit to temples and our other leaders”.

The difference in the conduct of the two leaders has been stark. While Mr Modi in his no-holds-barred bid to ensure that his party retained power fell from one low to another, Mr Gandhi, despite his shortcomings and questionable obfuscation of secular principles, remained consistent on what people wanted to hear. The finale was also on the same lines. Mr Modi signed off with a melodramatic flight on a seaplane that took off with scant respect for the country’s norms and laws. In contrast, Mr Gandhi stayed true to the copybook. Like always Mr Modi’s campaign was a spectacle where the emphasis was not on “content” but on the “form” — of his delivery, how he spoke and what were the props.

On November 27, when Mr Modi embarked on the final assault of his campaign, it was evident that it would be his most challenging political canvassing since assuming office. By then the feel on the ground amplified what had been sensed for several weeks — that a routine poll was no longer the cakewalk it was considered till a few months ago. Mr Modi had two choices at that juncture. He could either go to the people humbly and acknowledge awareness of their problems and promise to attend to these on a priority basis if his party was re-elected one more time. To help him with this line of campaign, his party had even prepared a social media message with his image where he was shown with folded hands telling people that “renovation was underway in the entire country” and asked people to bear with this for some time. The other option was to go ballistic and accuse his opponents of being foes of the Gujarati people, being opposed to Gujarat’s development and accuse them of shaming the “true servant” of the people that he was.

The first path called for humility and the second demanded him to be raucous and vituperative. The way the campaign ended, in the course of which Mr Modi may not have touched new personal lows because he just went back to being what he was in 2002, has damaged the country’s prestige immensely because the coarseness of his speeches weren’t those of a challenger but of a Prime Minister. From taking pride for having himself “restored India’s dignity” abroad, with this campaign Mr Modi has sullied the nation’s image. No nation will henceforth feel comfortable with bipartisan engagement with India and few will ever dare to go beyond the official brief. It is common knowledge that much of public diplomacy is preceded by extensive back channels of communication. Henceforth, most nations and diplomats will be wary of one-on-one informal interactions with political leaders, of both the ruling party and the Opposition, as no one is sure when even a personal call will be used as an electoral issue by Mr Modi and his party leaders.

The Gujarat campaign exposed Mr Modi’s limitations. Myopic denigration of a former Prime Minister, a former vice-president, a former Army Chief, former foreign secretaries and retired bureaucrats does not damage their credibility but undermines whatever chance remained for Mr Modi’s emergence as an international statesman. Irrespective of the verdict, he has lost the faith and respect of countless Indians who believed he had discarded the limited Hindu Hriday Samrat persona and remodelled himself as a leader with a modern outlook who could ensure that the basic necessities of the poor were met while making certain that industry could be a partner in inclusive growth.

Back in 2002, Mr Modi had worried people by needlessly referring to “Mian Musharraf” and dragging Pakistan into the electoral discourse in all-out attempt to win. By using similar tactics and the same moniker for Indian leaders who held constitutional positions, Mr Modi has come a full circle. It is a sad moment for Indian democracy that the Prime Minister will henceforth be pulled down by the weight of old questions.