Where is the new Cold War headed?

Chinese efforts to build a so-called “win-win’”relationship through trade concessions and cooperation on Korea and Afghanistan have clearly failed. 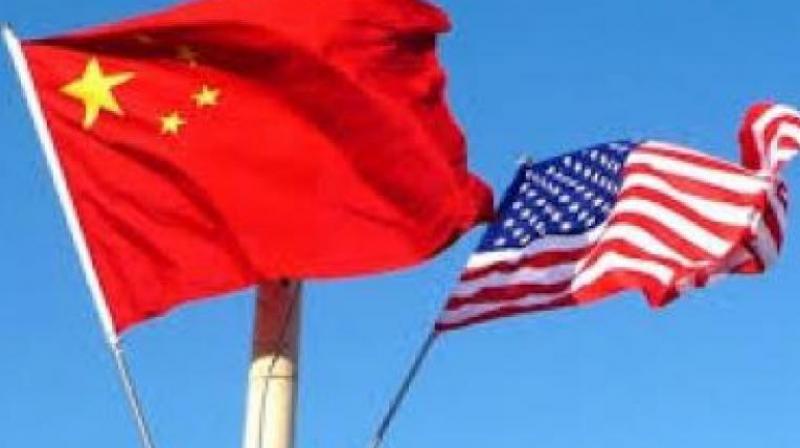 A post-Trump Democratic administration may well decide to opt for the “win-win” relationship proposed by Chinese President Xi Jinping.

US vice president Pence last week declared a new Cold War against China. America has now decisively stepped into the Thucydides Trap — the Ancient Greek historian’s thesis that a confrontation between an established and a rising power is almost always inevitable.

China was accused by Pence of multiple wrongs: unfair trade, technology theft, targeted tariffs, interference in the US electoral process, a military buildup, militarisation of the South China Sea islands (to keep the US out), “debt diplomacy”, anti-US propaganda and internal oppression.

Some believe that the US salvo was mainly designed to divert attention from the ongoing investigation into Trump’s possible collusion with Russia in the 2016 presidential elections and/or to mobilise votes for next month’s mid-term elections. Yet, a deeper analysis indicates that Pence’s broad anti-China indictment reflects the American “establishment’s” considered policy. The speech was preceded by national strategy papers describing China and Russia as America’s adversaries, trade tariffs and investment restrictions, sanctions on Chinese military entities, renewed weapons sales to Taiwan and expanding US Freedom of Navigation operations in the South China Sea.

Chinese efforts to build a so-called “win-win’”relationship through trade concessions and cooperation on Korea and Afghanistan have clearly failed.

The Sino-US economic confrontation will have extensive consequences for the global economy. The IMF estimates that the US and China may lose one per cent and two per cent of growth respectively, while global growth would be trimmed by around half a percentage point. There are fears of another global recession as other economies become infected by the Sino-US trade war. The prospects of the US “containing” China in the Indo-Pacific are also marginal. Despite US objections, and Western propaganda, China’s Belt and Road Initiative is unlikely to be derailed. Developing countries will not forego the opportunity to build infrastructure with Chinese financing.

The new Cold War will change the structures of global interaction and governance. Cooperation among the major powers on global issues (non-proliferation, climate change, terrorism) and in regions of tension (North Korea, Afghanistan, the Middle East) may be frozen. China, Russia and the countries in the Eurasian “heartland” will draw closer together. Alternative trade, finance and development organisations will emerge to circumvent US domination.

The strategic dynamics of South Asia could also be transformed. Although India is attracted to America’s overtures for an anti-China alliance, it also wishes to avoid the “cost” of confrontation (Doklam) and to secure the benefits of trade and investment with China (the “Wuhan spirit”) as well as to maintain its arms supply relationship with Russia. The escalating Sino-US confrontation will compress the time and space for India to get off the fence and make a strategic choice between America and Russia-China.

Unlike India, Pakistan’s choice is clear. Its strategic partnership with China is critical for its national security and socioeconomic development. This choice automatically implies a strategic divergence with the US. The only question is whether Pakistan can maintain a modicum of cooperation with the US despite the strategic divergence. Pakistan has some room for manoeuvre so long as the US remains in Afghanistan, with or without a political settlement there.

If India chooses to remain aloof from an alliance with US, and moves closer to China and Russia, it could radically alter the calculus of the political and economic relationships in the entire region. A Sino-Indian rapprochement would increase the prospects of Pakistan-India normalisation and a compromise “solution” for Kashmir. The visions of regional “connectivity” would become reality. However, this scenario is highly unlikely until after the 2019 Indian elections.

Although the new Cold War is wider and more complex than the old one, there is hope that it may not be as prolonged. US public opinion will soon see that confrontation with China (and Russia) is costly and counterproductive. A post-Trump Democratic administration may well decide to opt for the “win-win” relationship proposed by Chinese President Xi Jinping.