Despite the urgency displayed in the creating new regulator, government has not issued a notification on the appointment of the chairman 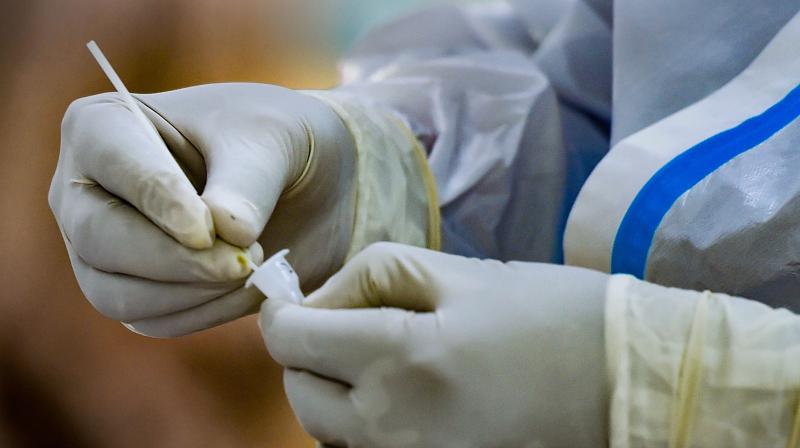 According to sources, the delay is caused by the fact that the commission itself is yet to be constituted. PTI Photo

The National Medical Commission was created last year to replace the previous scam-tainted Medical Council of India (MCI) for the development and regulation of all aspects of medical education, profession and institutions.

Yet despite the urgency displayed in the creating the new regulator, the government has still not issued a notification on the appointment of the chairman of the commission.

Six months ago, the government named Prof. S.C. Sharma of AIIMS as the chairman of the new commission for three years. Yet it has yet to issue the notification of his appointment. This inordinate delay has set off whispers in the babu corridors about the government’s intentions.

According to sources, the delay is caused by the fact that the commission itself is yet to be constituted (it’s only on paper) since the selection committee recommendations for the other posts are still under consideration of the health ministry.

So, according to them, the chairman’s appointment can only be notified once the commission is constituted.

Under the National Medical Commission Act, 2019, the commission will have a chairperson, 10 ex-officio members and 22 part-time members. Besides Prof. Sharma, the only person appointed so far is R.K. Vats, the secretary-general of the board of governors of the Medical Council of India. He too was appointed as secretary of the commission for a tenure of three years.

With Securities and Exchange Board of India (Sebi) chairman Ajay Tyagi’s term ending next month, the race to find his successor has heated up.

The tenure of Tyagi, a 1984-batch IAS officer of Himachal Pradesh cadre, was set to end in February but he was given a six-month extension to ensure continuity at the regulator due to the ongoing Covid-19 pandemic.

According to sources, several names are being floated as probable successors to Tyagi. Among them are Insolvency and Bankruptcy Board of India (IBBI) chairman Madhusudan Sahoo and Madhabi Puri Buch, who is whole-time member of Sebi.

Apparently, the government had already narrowed down some of the probable candidates in February before it decided to give an extension to Tyagi. Will the list be revised now? Will it include only bureaucrats? We’ll have to wait and see.

Cracks in the alliance?

On learning about the move, Thackeray promptly ordered the state home department to cancel the transfer orders. The CM’s office claims that it was wrong of Parambir to shift such a large number of DCPs without the CM’s knowledge.

Later, it turned out that Parambir had briefed home minister Anil Deshmukh on the transfers, who failed to inform Thackeray. Thackeray’s alliance partner National Congress Party chief Sharad Pawar had to step in to mollify the irate chief minister.

According to sources, during a meeting with the chief minister in the presence of NCP chief Sharad Pawar, Deshmukh argued that it was well within the powers of the Mumbai police commissioner to transfer officers without informing the CM.

But the CM’s office has taken the view that it not the rulebook but convention that is more important, which means that the transfers should have been discussed with Thackeray before the announcement.

Does this imply that there are cracks in the Shiv Sena-NCP-Congress alliance government in Maharashtra, in which the partners do not see eye to eye anymore on important issues of governance?