As intolerance rises, the word pluralism is being replaced by “tolerance”. 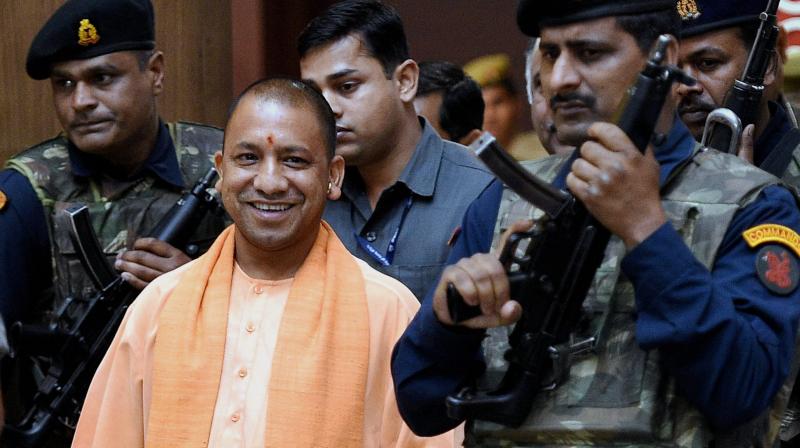 Something curious happened a few days ago. The President of India was asked by Opposition leaders to step out of his role as a rubberstamp and ensure the rule of law. Protect the fundamental rights of Indian citizens, they said, stem the rising intolerance.

It was so good to not hear the usual rhetoric: Bring back the culture of tolerance! The netas knew the quickest way to curb intolerance in a country with a fine Constitution and adequate laws was by ensuring the rule of law. No appeal to the finer sensibilities of an apparently tolerant country here.

Which is exactly as it should be. Because trying to promote tolerance does not curb intolerance. It maintains the status quo, at best.

While our respected leaders were complaining to the President in New Delhi, a few miles away in Meerut, Uttar Pradesh, a band of moral policing lumpens from the Hindu Yuva Vahini founded by chief minister Yogi Adityanath was busy barging into the private residence of a Muslim man. They dragged him and his girlfriend out, shamed them, beat him up and handed the lovers over to the police, who swiftly booked the man for obscenity.

At the same time, in Bihar, the Hindu Yuva Vahini was launching its recruitment drive and gathering Hindu boys to set up branches in every district of the state.

In Haryana, Operation Durga was set up, modelled on Yogi Adityanath’s “anti-Romeo squads” in UP. Vigilant cops fanned out to catch bad guys bothering women, and amazingly arrested 72 unfortunates the very first day.

In neighbouring Punjab, the police was forced to drop sedition charges against 66 students picked up for protesting against a fee hike at Panjab University. The students are still in judicial custody. Charging any inconvenient voice with sedition appears to have become the norm.

In West Bengal, the BJP scurried to deal with the uproar after their youth leader put a bounty of Rs 11 lakhs on chief minister Mamata Banerjee’s head after a clash between the police and a Hanuman Jayanti rally. That’s just Wednesday.

Of course intolerance is rising in India. Gujarat has just changed its laws so now cow slaughter gets the offender anywhere between 10 years and life imprisonment. In Rajasthan, self-styled cow protectors recently lynched Pehlu Khan, a farmer who was taking his cows home. Murderous gau rakshaks have been threatening, extorting and lynching Muslims and dalits so shamelessly that the Supreme Court is considering a ban on them.

Several slaughterhouses have been banned in UP and Jharkhand. Chhattisgarh is considering turning vegetarian. Bihar has banned alcohol. Across India, the muzzling of dissent has been growing, rationalists have been killed, there has been a sustained attempt to saffronise universities and institutes and any opposition to the Hindutva agenda is crushed ruthlessly. Intolerance seems to be the order of the day.

Only a culture of tolerance can save us, we shout. Not true. Tolerance is fine, but not enough. We need the rule of law, prompt and proper justice delivery, an uncompromising commitment to the rights and freedoms guaranteed by our Constitution.

Our Constitution guarantees all citizens equal rights irrespective of religion, caste, creed, region, language or gender. And we are urged “to promote harmony and the spirit of common brotherhood” as a fundamental duty.

Brotherhood, for us, means more brother than friend. Hindu-Muslim bhai-bhai, for example. We are very family-oriented. The streets of India are full of unknown uncles, aunties, sisters and brothers. We are all a big family. And how happy is a family that strives to “tolerate” each other?

Merely tolerating would always keep the powerful in power and deprive the powerless of equal rights. It can keep the status quo at best but never improve the lot of the less fortunate, the other, the miserable deviants in religion, gender, caste, language or other identity indicators.

For a well-balanced society, like in a happy family, we should aim to celebrate, not just tolerate, each other. There needs to be respect, honour and a genuine sense of equality of rights and opportunities.

A citizen of India must be celebrated for who he/she is, not merely tolerated. Some of us may find it difficult to celebrate or respect certain identities. That is when we settle for tolerance.

To tolerate is the last resort — it does not nurture the vibrancy of a pluralistic democracy, it just about keeps the many-hued strands together in a democracy that craves to be majoritarian but cannot defy the Constitution. When we aim so low, our possibility of slipping and falling into the abyss of intolerance is high.

Our Constitution did not want us to merely tolerate. It wanted us to celebrate pluralism. It gave us all equal rights over the country, the State was supposed to remain equidistant from all religions, the justice system was supposed to be blind to your gender, class, religion, caste, creed, ethnicity, region, language and other iden-tity markers, you were supposed to be free to think, speak your mind and express your ideas.

As intolerance rises, the word pluralism is being replaced by “tolerance”. Which takes us away from the concept of pluralism to the idea of a majoritarian society that is — happily for the lesser folk — lenient, broad-minded and condescending. We are so generous, it seems to be saying, now run along before we change our mind and kill you.

Instead of focusing on building a culture of tolerance, we should focus on strictly following the Constitution and the rule of law. Tolerance, for what it’s worth, will follow.