Opinion   Columnists  15 Feb 2019  ‘Dark’ tourism is on the rise, cashing in on human misery
Opinion, Columnists

‘Dark’ tourism is on the rise, cashing in on human misery

It is well known that in India, which markets itself as “exotic India” in its pro-tourism commercials, tourists can take guided tours of large slums. 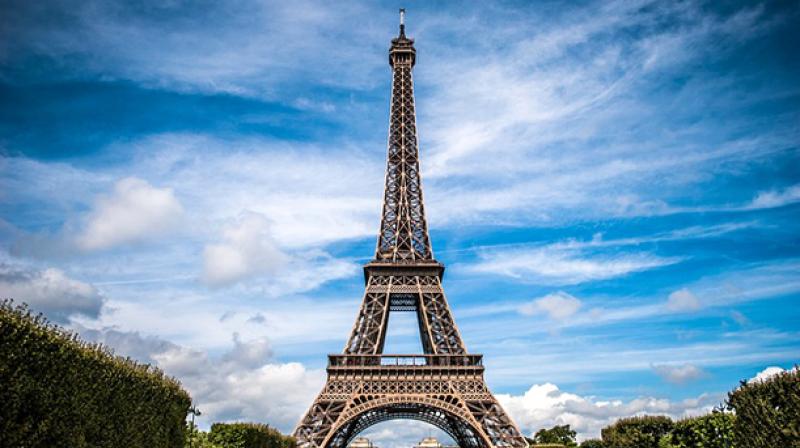 Tourist attractions have existed longer than history has been officially recorded. Before there was Disneyland and the Eiffel Tower there were the Hanging Gardens of Babylon and the Great Wall of China. In ancient Rome, hundreds of thousands of tourists arrived every year to gawk at the city’s incredible monuments, the Coliseum with its gladiators, the theatres with their plays, the crowds in the streets, all were things to see and to experience.

It was a new thing, this task of making journeys just for the sake of doing so. Previously, the only time that people left their homes was to make religious pilgrimages, if they were Muslims to Makkah and if they were Christian to their holy lands. All in all, travel was rare and arduous and everyone believed that making a journey required better reasons than mere curiosity. The road was full of dangers and unknowns and getting on it was serious business; a risk ought to be taken carefully, it was believed.

In recent years, a new sort of tourism has sprung up in many of the world’s cities. Instead of the flip and the funny or the thrill-seeking and hunger-satiating, the stuff of theme parks and shopping malls, ‘dark tourism’ makes a spectacle of the sad and unhappy, the wanting and the wasting.

Among the more famous examples are the slums of large cities in various parts of the world. It is well known that in India, which markets itself as “exotic India” in its pro-tourism commercials, tourists can take guided tours of large slums. Dharavi, one of Bombay’s largest slums, regularly sees little groups of tourists walking through its crowded lanes, smelling as they do of human and animal excrement. The enormous piles of garbage, made famous by recent movies such as Slumdog Millionaire and Lion, are stops on these tours, such that travellers (mostly white) can gape and gawp at the rag-tag groups of children and grown-ups who eke out a living among them.

More recently, the world’s infamous pollution sites, clogged-up beaches where miles and miles of plastic bottles and other waste vie for space can also be witnessed. Other variations on dark tourism include still-functioning prisons; their air of danger perhaps adding to their allure and even orphanages where the condition of poor abandoned children, babies left in baskets in front of supermarkets, or older children found scavenging on the streets of this or that city in the developing world, can be seen living out their lives, begging for hugs and kisses and demanding the attention that they do not otherwise get.

The idea, for these children, some of whom have been exposed as not being orphans at all but ‘rented’ out by poor parents so that “orphanage” owners can make a buck, is to pull at the tourist’s heartstrings, the resulting guilt appearing as donated cash.

Dark tourism is not an entirely new idea. After the end of the Second World War, and the liberation of Nazi Germany, the concentration camps where millions of Jews were massacred were not entirely torn down. Sometime later, the cleaned-up camps were opened up for tours available to the public.

The point in these early examples of dark tourism was an encounter with history, even cruel and terrible history, as an exercise in respect for the dead and recognition of how evil had taken precedence over good. Many who visited described the experience as deeply disturbing, as if the spirit and element of pure evil lingered somehow in the earth and in the air and in the few beds and fixtures that have been kept behind to show how prisoners were kept.

Dark tourism of now has a completely different intention. There is no historical truth or empathetic insight to be gleaned from touring a slum, in gawking at lives destroyed by garbage and want and the lack of proper toilet facilities. Instead, dark tourism relies simply on the reverse of the old equation of more familiar tourism.

While people felt good visiting Disneyland or fancy restaurants or the wonders of the world because they felt lucky and chosen, happy that they could see something so many others could not, dark tourism relies on the opposite. People watching other people scrounge in slums feel glad not at the fact that they are who they are themselves, but rather that they are not the people who have been converted into the objects of the tour. They are still lucky, but their enjoyment is based not on experiencing something pleasurable in itself but only in comparison. Their own lives seem lucky and fortunate because they are not intruding into the lives or localities of others who have less — dirty beaches with sand slicked by oil, roads clogged by fumes, lives that leave nothing for enjoyment and only for survival. Not everyone peddling dark tourism is sad or sorry about selling what they do. In Nepal, orphanages regularly offer tours to Western tourists who want to ‘see the children’ and India is not at all ashamed at the burgeoning business of slum tourism.

If anything, many of the tourism departments of these countries feel like they have achieved something spectacular, the monetisation of misery that they used to work very hard to hide in order to get tourism dollars. Not so anymore, after offering e-visas or visas on arrival, branding their suffering as something to be consumed rather than being put away in some unseen corner; this has been the greatest innovation of all. In their definition, ‘fun’ is no longer having a good time, but simply — watching others having a terrible time.