The lessons of history necessitate a degree of scepticism 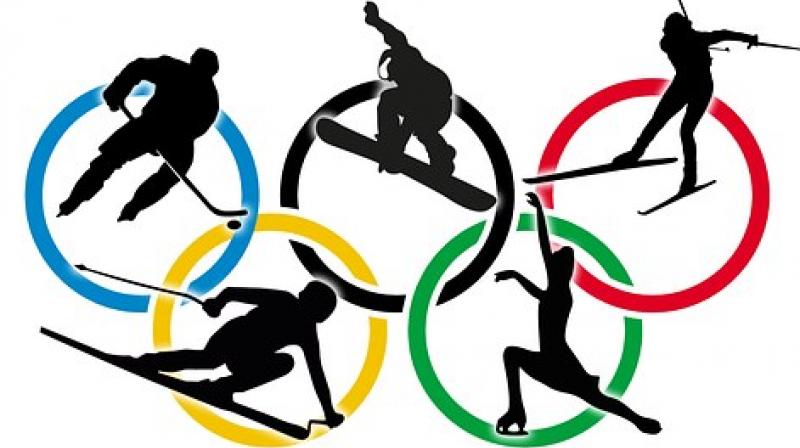 She has been compared by South Korean media with Ivanka Trump, who will attend the closing ceremony of the Winter Games. (Photo: Pixabay)

Could the enigmatic smiles and general bonhomie witnessed at the Winter Olympics in Pyeongchang presage an extended period of relative harmony and goodwill on the Korean peninsula?

The lessons of history necessitate a degree of scepticism. After all, there have been hopeful signals in the past, including leadership summits as well as contingents from North and South Korea marching together at Olympic ceremonies. But the hopes they raised were short-lived. Acrimony has been the default position in the nation divided along the 38th parallel since the devastating Korean War, and in the past it has rapidly resurfaced after such interludes.

Will history repeat itself? It would be unrealistic to assume otherwise, but downright cynical to insist that it must be so.

Last week, Kim Yo-jong became the first member of the North’s ruling dynasty to visit the South. The South Korean media was, inevitably, agog. Kim Jong-un’s sister played her part to perfection. She said not a word in public, but maintained a smile that has frequently been described as sphinx-like. She delivered an invitation from her brother to Moon Jae-in, the South Korean President, who accepted it graciously without committing himself.

Kim Yo-jong also became the focus of admiration for her humility and lack of ostentation in a country obsessed with fashion and make-up, as well as the manner in which she respectfully deferred to Kim Yong-nam, North Korea’s 90-year-old nominal head of state (and no relation, as far as anyone knows, of the Kimdom’s ruling family) and officially the leader of the delegation.

She has been compared by South Korean media with Ivanka Trump, who will attend the closing ceremony of the Winter Games. The comparison, one might clarify, was intended to be complimentary. At any rate, Kim Yo-jong certainly succeeded in overshadowing Mike Pence, the evangelical fanatic chosen as Donald Trump’s vice-president, whose grim demeanour through much of the proceedings was supplemented by a churlish refusal to attend a dinner hosted by President Moon just because the North Koreans were also invited.

His discourtesy was also on display when he refused to so much as acknowledge Kim Yo-jong with a gesture while she was sitting right next to him during the opening ceremony, and he stubbornly remained seated during a standing ovation in the stadium for the unprecedented joint North-South women’s ice-hockey team. (The team went on to lose 8-0 to Switzerland in its first game, but that was beside the point.)

The US has on the one hand sought to take credit for the North Korean charm offensive, claiming that it would not have occurred without the pressure that has been brought to bear on Pyongyang with stringent sanctions, while on the other it has gone out of its way to deride its visible manifestations.

On his way back from South Korea, Pence told a Washington Post correspondent that direct talks with North Korea could be conducted without preconditions even as the sanctions are maintained. Secretary of state Rex Tillerson has been derided by his boss for similar comments in the past, so Pence could be in for a White House Twitter-storm. But then, his comments would have carried a little more credibility had he displayed a modicum of good manners in Pyeongchang.

He also claimed that Washington and Seoul were on exactly the same page, which is patently a lie. Moon’s revival of the so-called sunshine policy of seeking engagement rather than confrontation with North Korea has been found wanting in the past, but the North’s mercurial leadership is not exclusively to blame. Under no administration has the US been a particular fan of basking in the sunshine. It tends to favour the clouds of war.

Under Trump, however, the strategy has acquired an edge that sharply elevates the risk of hostilities. Previous US Presidents have tended to react to North Korean bluster with condescension and sometimes with anger, but rarely with the kind of bile that flows naturally from Trump. Although Pyongyang has in the past agreed to freeze its development of nuclear weapons in return for economic concessions, it is difficult to envisage a similar deal with the present administration.

Nor is denuclearisation a viable option for North Korea amid America’s hostile posturing, given vivid memories of the Korean War and, furthermore, the fate that nations such as Iraq and Libya endured after abandoning their nuclear weapons. And let’s not forget that the US has lately declared it intends to replenish its own formidable arsenal, much to the consternation of China and Russia.

Any resolution of the Korean dilemma, let along reunification between North and South, is a long way off. There can be no possible harm in hoping, though, that this winter’s unexpected thaw will stretch into spring and beyond, keeping at bay the dreadfully familiar threats of fire and fury.