Opinion   Columnists  14 Dec 2017  How Muslim women in UK are bereft of their rights
Opinion, Columnists

How Muslim women in UK are bereft of their rights

Women caught in the middle should not have to pay the price, and be left without rights or recourse. 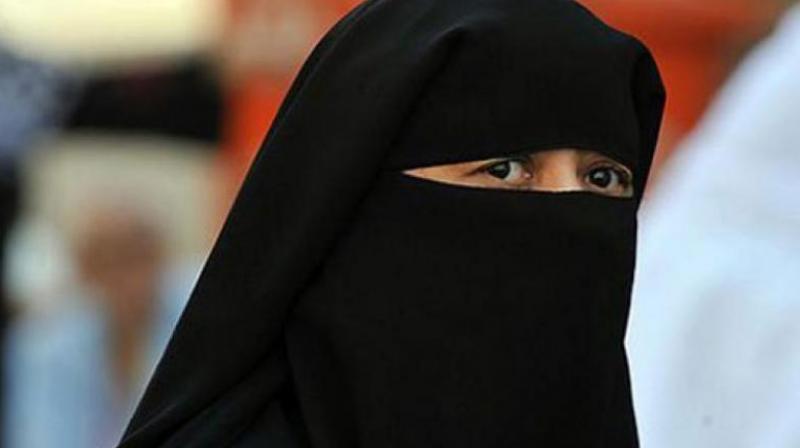 Sixty-one per cent of British-Muslim women do not have the civil ceremony. (Photo: PTI/Representational Image)

British-Muslims do not have it easy. They live in an increasingly xenophobic Britain, where groups like Britain First openly ask for their expulsion and cultivate the political belief that they are usurpers in the country. In schools, teachers and other school officials are told to watch out for even little girls who wear headscarves, and report suspicious behaviour in children as young as nine or 10.

In employment and in policing, they are subject to surveillance and harassment, the presumption that they are all terrorists. The fact that they live in distinct geographic areas allows them to be further ghettoised, their neighbourhoods transformed into enclaves where it is hard to believe that one is very far from the village back home.

Within this isolation imposed both by discrimination and self-segregation, a host of problems breed. One, recently given statistical clarity by a documentary that aired on BBC’s Channel 4, is the issue of the legality of marriages contracted within the community. According to the film’s researchers, who spoke to 923 women in 14 British cities, nearly six in 10 British women who have had a Muslim marriage ceremony are not, in fact, married as far as the law of the state is concerned. This means that their relationships with their husbands, recognised by religion as wedlock, are not recognised as such by the British state.

Women in these situations would not be recognised as the legal heirs of their husbands in the event of death. Nor would they be, in the case of divorce, entitled to an equitable share of the assets acquired during the marriage, as UK law stipulates.

In real terms, this means that they would not be entitled to the family home in which they may have lived for decades, or a share of their husband’s pension that could otherwise be legally awarded to them. In sum, they are not married at all in the eyes of the state and would also have no recourse if they found out that their husband was either already married or was interested in marrying again.

The reason is unsurprising. The UK does not recognise a religious marriage ceremony on its own — a separate civil ceremony is required. Sixty-one per cent of British-Muslim women do not have the civil ceremony. Either the elders involved paint participation in such a ceremony as some kind of rejection of the importance of the Muslim marriage ceremony, or one or both of the parties are unaware that their marriage will not be considered valid in the event of divorce or death.

Then, there is always the chance that the man is already married and is using faith as a means to hide the fact that a prior marriage exists, both from his first and second wives. Finally, not having a civil ceremony permits men to sever the marriage by simply pronouncing oral talaq three times, something they would not be permitted to do if they had undertaken a civil ceremony and made sure that the marriage was recognised under both British and Islamic law. This fact is important because it shows how British-Muslim women can actually have even fewer legal rights than women in Pakistan, where at least according to the law, parties are required to register divorces with district officials. The disparity shows the particular conundrum of British-Pakistani women, in particular,  and likely the situation of British-Muslim women as a whole.

The laws of the homeland do not apply because they are no longer in Pakistan or Bangladesh (and large percentages of the British-Muslim populations are from these countries), and they are also somehow “not” in Britain. In this way, they are denied the legal protections that they may have been able to access in either of the two places, and are entirely at the disposal of men who dominate the Sharia councils and mosques within these communities.

In many cases, what may be passed off as “Islamic” is really just what the male leadership of a particular mosque or area has decided is in their interests.

The impact of the legal limbo where both Islamic and British law have limited effect has also led to an increase in marital crimes, with high rates of domestic violence and in some cases, even homicide. In one such case, a woman named Zaitoon Bibi, the second wife of a man named Tanweer Iqbal, conspired to murder him, succeeding in her plan. As happens in many of these cases, Iqbal had married Zaitoon without telling his first wife. The situation went on for years until finally, Zaitoon Bibi got jealous and upset and told her. In response, Iqbal told Zaitoon Bibi that he wanted nothing to do with her, even though they were married according to Islamic law. Zaitoon Bibi (who had erroneously thought that the first wife would kick Iqbal out once she found out) then lured him to her house one day and, with the assistance of some others, killed him.

This sad case is but one example of how things can go horribly wrong when isolated communities suspicious of their current homeland and disconnected from their former homeland suffer a tragic form of moral devolution. In a situation such as this, it is crucial for religious leaders within the British-Muslim community and Pakistanis who have connections to that community to underscore the importance of both a civil marriage and an Islamic marriage. Women caught in the middle should not have to pay the price, and be left without rights or recourse.