A new divide in education over digital learning, Internet access

The same sort of debate occurred, to use one example, over mathematical calculations. 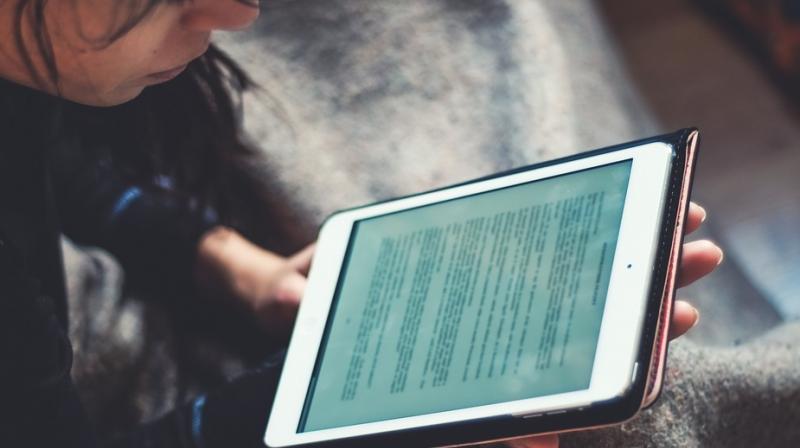 But, as it is said, nothing is constant but change. In time, in various places in their own comfort zones, books and reading became normalised to the point where the inability or reluctance to read came to be a frowned-upon matter.

The fairy stories start with “once upon a time”. Well, then, once upon a time, from the ages of Jane Austen to the Bronte sisters to Charles Dickens, it was a widely held notion that reading too much — especially for women — would addle the brain, supply worrisome ideas, and incur blindness. There are in literature — English at least is what is possible for this writer to talk about with any confidence — many accounts of women being admonished by their grandmothers and told not to read too much into the night since that was “unnatural”, the word of choice, it seems, for the times. The printing press was, after all, a new-fangled invention, one that led to the mass distribution of books. The argument recorded in many books seems to have been, “if the traditional ways were good enough for us and stood us by well enough, why change?”.

But, as it is said, nothing is constant but change. In time, in various places in their own comfort zones, books and reading became normalised to the point where the inability or reluctance to read came to be a frowned-upon matter.

Fast forward to the 21st century, over the ages, and we are at the cusp of another changeover regarding attitudes towards education and the means and manner in which learning is expected to occur, especially among children and young adults. Today, the question is that in the Internet and computer age, is it a good or bad thing for the young to look towards online and digital means to acquire learning. (As an aside, the fact that many such conversations between worried members of the older generation take place over, for example, WhatsApp, Facebook, and the Internet is a matter of supreme irony, but that’s just par for the course, one can suppose.)

To cut a very long argument short, it is thought by many people — literate and educated though they might be themselves (and again, one must clarify that, in this instance, I refer to the English-speaking world, though the reality extends well beyond) — that with old ways changing rather rapidly and new technologies and thus lines of communication and learning taking grip, perhaps “learning” is not what it used to be.

The short response to this observation is that, yes, it is true — but does it need to be so?

The same sort of debate occurred, to use one example, over mathematical calculations. In a broad sweep, most of us understand or know how there was first the abacus, and then, in the childhood of several generations, the multiplication tables (which still need to be memorised as there’s no other option), then the calculator that was decried initially as something that allowed the young shortcuts and the ability to be evasive about the rigours of “education”. The resistance reached such a point that even three or four decades ago, this device was not allowed in classrooms or examination halls in many parts.

Today, however, an overwhelming number of individuals, especially among the younger generation, have access to calculators on their mobile phones. Children are still generally required to learn their tables, but understanding mathematical concepts takes precedence over crunching numbers with the mastery that our earlier generations displayed.

These days, it is being lamented in some quarters that the young are turning towards devices such as Kindle to read, or going through Internet sources to look up the meaning of a word in the dictionary. But the obvious fact is this — 100 books can be neatly stored away on one machine, one that takes up no space at all. The Oxford English Dictionary is available online, as is the Encyclopaedia Britannica, that doyen of knowledge, and a thousand, million other sources of knowledge and information. Perhaps, it could be argued, that being an able and discerning absorber of knowledge in the modern age is more important than the ability to automatically turn to a paper dictionary.

Pedagogy has changed all the time over the ages. In America, for example, cursive writing is in many states being removed from the curricula as a compulsory skill that must be learned. (Writing is, of course, taught, but cursive scripts are increasingly being considered surplus.) And in Britain, a great many schools have introduced computer coding (in an age-appropriate manner) for students even at the primary level, with the assumption that such are the skills that will be required in the future.

Meanwhile, in many other countries, pedagogical techniques tend to remain fossilised. Should we wonder, then, why the young in these places are not holding their own in competition with their generation in other countries? Or if they are, it is quite often despite their teachers.