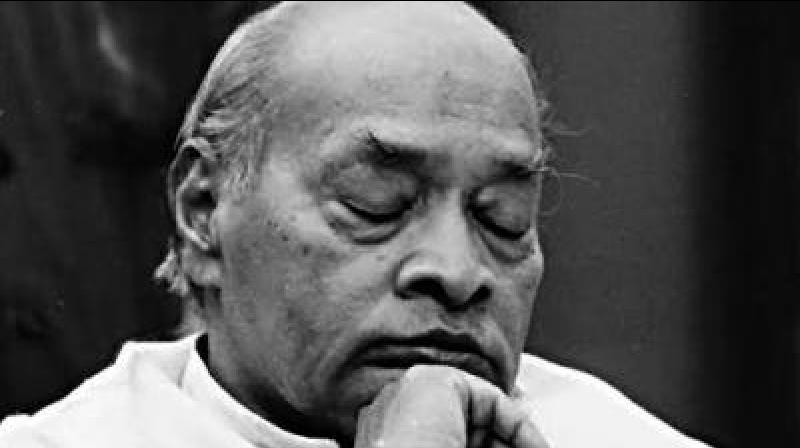 It was interesting that the day after Congressman Jitin Prasada joined the BJP, the political future of Rajasthan’s Sachin Pilot has become the subject of renewed media speculation. The two have one political antecedent in common.

Both their fathers were regarded as being close to Prime Minister P.V. Narasimha Rao. The Congress Party apparatchik, the late Devendra Nath Dwivedi, would often lament that many Congressmen, including himself, had to pay a political price for their loyalty to the late Prime Minister. Perhaps the Prasadas and the Pilots continue to pay that price.

Those who imagine that the decline of the Congress Party began in 2014, attributing this to Narendra Modi’s campaign for a “Congress mukt Bharat”, are unaware of the roots of the party’s decline. It began the day the party ceased to be a party, as Narasimha Rao famously put it in his book The Insider, and became a “proprietorship”. When I suggested to late President Pranab Mukherjee that a book on the decline of the Congress Party was waiting to be written, he asked me when I thought the decline had begun. I said to him that the turning point was the 1989 election. Mukherjee sat back in his chair, thought for a while and said: “The analysis should begin from 1969”.

While Manmohan Singh was the head of a coalition called the United Progressive Alliance that was in office thanks first to the Communists and then to the Lohia socialists, it was Narasimha Rao’s tenure that marks the party’s last hurrah.

The way in which Narasimha Rao stabilised his party and government at a time when it was shattered by two successive assassinations of its top leaders, Indira and Rajiv Gandhi, was a stellar example of political leadership on a national and historic scale.

In remembering P.V. Narasimha Rao this month, when the nation commemorates his birth centenary, many will recall his leadership during a period of economic crisis.

Narasimha Rao lent his prime ministerial imprimatur to the sweeping industrial and trade policy reforms that set India on a new growth path. It is useful to recall the role of the political leadership in economic policy change and management at a time when its absence is being acutely felt.

A second set of policy initiatives that many will credit Narasimha Rao with, as they recall his leadership, will be the shifts in India’s foreign and strategic policy. He steered the country through the turbulent years of the end of the Cold War, the implosion of the Soviet Union, at that time India’s closest ally, and the changes in the global balance of power. Prime Minister Rao authorised the testing of nuclear weapons that his successor, Atal Behari Vajpayee, finally sanctioned and declared India a nuclear weapons power. Narasimha Rao also launched the “Look East

Policy”, making India reconnect to the Rising Asia to her east. India came close to the nations of Southeast Asia and East Asia, including South Korea and Japan.

Narasimha Rao also took important initiatives to improve India’s ties with both China and the United States. While these two aspects --economic and foreign policy -- of Prime Minister Rao’s leadership will be much commented upon, few are willing to give him any credit for his leadership of the Congress Party. His critics point to the aborted attempt at internal democracy at the Tirupati session of the All-India Congress Committee in April 1992, where organisational elections were held for the first time in two decades, and to the political fallout of the handling of the Babri Masjid demolition as evidence of failed political leadership. The Congress also yielded space to the BJP during Narasimha Rao’s tenure, enabling the BJP to make its first attempt at forming a government in 1996.

While some of this criticism is justified, the political importance of Narasimha Rao lies in his demonstrating to the Congress Party that someone from outside the Nehru-Gandhi dynasty can in fact run the party and the government quite successfully. He was not only the first Congress leader after the Nehru-Gandhis to remain in office for a full term but was also the first South Indian Prime Minister. The political significance of this cannot be underestimated, as it continues to be.

The loyalists of the Nehru-Gandhi family continue to chant the mantra that without the family at the helm, the party would disintegrate. Of course, at one time it also used to be said that without a Nehru-Gandhi at the helm the country would disintegrate. Narasimha Rao proved the loyalists wrong and earned their enduring dislike. Narasimha Rao’s success in New Delhi emboldened several Congress leaders at the state level to strike out on their own. From G.K. Moopanar to Sharad Pawar to Mamata Banerjee, many Congress leaders have demonstrated that the

party did not need a Nehru-Gandhi to secure electoral success at the state level. It is now clear that the Nehru-Gandhis cannot deliver power even at the national level.

Narasimha Rao’s political legacy as Prime Minister deserves a more objective analysis than is so far available. Interestingly, the growing disappointment across the country with the assertive and domineering political leadership of Narendra Modi has sparked off renewed interest in the quiet and low-brow leadership of a man who in fact altered India’s destiny. If Narendra Modi promised more and has delivered less, P.V. Narasimha Rao promised much less and delivered much more.

Grappling economic and strategic challenges in a period of political

uncertainty and, at the same time, calming communal tensions aroused by the BJP’s aggressive Hindutva project, Narasimha Rao pushed India on to a new trajectory of growth. No one viewed India as an “emerging economy” till 1990. By the end of the 1990s the world began to view India not only as a country catching up with the “Asian tigers”, but also as a “rising power”. Three consensual leaders -- Narasimha Rao, Atal Behari Vajpayee and Manmohan Singh -- set India on a new path. For the first time in three decades the world is now wondering whether India would return to that rising path or return to its Third World status.