Anand K. Sahay | Can Shehbaz & Bajwa, with US help, bring about thaw? 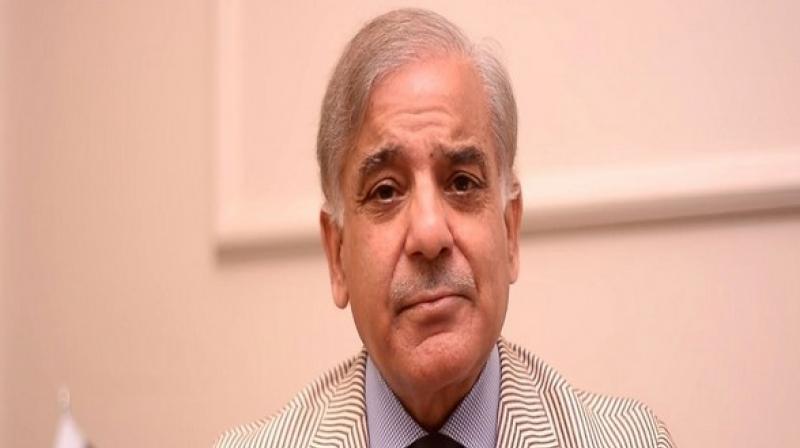 It is hard to see any signs of stability in Pakistan’s politics in the wake of the defeat of the Imran Khan government in the National Assembly and the swearing in of Mian Shehbaz Sharif as the leader of an unnatural coalition. This necessitates a cautious appraisal of the events next door by India, but that cannot only mean a watching brief.

The dramatic circumstances, including intervention by the country’s Supreme Court, that attended Mr Khan’s departure as Prime Minister have caused gushing comment that parliamentary procedures had prevailed and the leader of the Pakistan Tehreek-e-Insaf party became Pakistan’s first Prime Minister to have to resign because he lost a vote of confidence. Ergo, democracy has taken root, bringing about new rules of the game in that country.

Such star-truck theorising is unrealistic. While Pakistan’s powerful Army, which has long held the country’s politics on a puppet string, had proclaimed that it remained “neutral” through the recent political drama leading to the fall of the PTI government on April 10, crucial questions arise.

Could Shehbaz Sharif’s Pakistan Muslim League (N) and the Bhutto-Zardari clan’s Pakistan People’s Party — natural and bitter rivals in the country’s politics — have cohered into an alliance and summoned the capacity to plot, along with Maulana Fazlur Rehman’s JUI(F), the downfall of the Imran Khan government without the encouragement of the armed forces?

Remember, these manoeuvres also included the defections of a sizable number from the ruling camp.

While Mr Khan’s rule saw high degree vendetta politics and shambolic governance, and he hastened the collapse of an economy that has been structurally fragile, Gallup Pakistan gave him 46 per cent ratings in early April.

Besides Islamism, this may be due to the health card introduced earlier this year for several areas, including the crucial province Punjab. The facility guarantees health cover up to Rs 10 lakhs.

It is also noteworthy that Mr Khan forced his party’s Members of the National Assembly (or MPs) resign before the trust vote. They seemed to do so without a murmur.

Thus, Mr Sharif was elected Prime Minister by a half-empty chamber. This suggests without a doubt that the game is on. Huge nationwide protests greeted Mr Khan’s loss of power. The next Parliament election is due in July 2023, but Shehbaz Sharif (and the Army establishment) may choose to go the country a bit earlier in order to duck taking pro-market decisions to prevent economic chaos which would increase the economic pain.

Until then, the former Prime Minister might be expected to run a high-voltage campaign decrying Mr Sharif and his partners as traitors and America’s puppets since he claims the existence of diplomatic communication purporting to show that a no-confidence motion was brought to get rid of him under Washington’s direction.

The United States has emphatically denied the allegation but the charge is emotive enough for Mr Sharif to send it to a parliamentary probe committee.
Also, given the US record of intervention and sub rosa activity in country after country, such an allegation can be spun to devastating effect in the hands of a populist who plays the politics of Islamism in a desperately unstable society.

Unlike his flashy predecessor, the new Pakistan PM does indeed have a “doer” reputation. But this cannot be converted into political capital in the time before the next election unless the capsizing economy is salvaged somewhat. Only the United States, with its deep influence over international institutions, can help in this messy task, not China, though Beijing may contribute in order not to lose out in Pakistan as the country has some geostrategic value.

It is with precisely this in mind that the Army Chief, Gen. Qamar Javed Bajwa, last week publicly repudiated then PM Khan and spoke in warm terms of Pakistan’s historical ties with the United States after Mr Khan had pivoted wholesale, taking his country in the direction of the China-Russia geopolitical axis against the US. The Pakistan Army has also repudiated Mr Khan’s charge of the existence of an American plot.

Speaking in Parliament upon being elected the country’s leader, Prime Minister Shehbaz Sharif sought to calm the national mood, promised to eschew vendetta politics and let bygones be bygones. A conciliatory approach may come naturally to the new leader, but there ought to be little doubt that the soft-hands method would also be the Army’s preference in the present circumstances. The game is doubtless aimed at winning the country back from Mr Khan’s populist wiles.

Mr Sharif has underlined peace with India and a peaceful resolution of the Kashmir issue, although the Pakistani street is likely to be in the grip of Imran Khan’s rhetorical politics, including on the Kashmir question. Mr Khan had practically cut all communication with India after New Delhi ended J&K’s special status in August 2019 but in Parliament the new Pakistan PM criticised his predecessor for not pushing India diplomatically on the question of the dilution of Article 370.

These constitute signalling that the door shut by Mr Khan can be opened a little if there is political will on both sides. This approach builds on the tactics mooted earlier by Gen. Bajwa which, for Pakistan, privileges “geo-economics” over “geopolitics”. It is evident to any observer that Pakistan’s economic well-being cannot be fixed while maintaining hostility with India. With deep-going current uncertainties in Pakistan, the time window is small, however.

While using Kashmir as a pathway for a possible de-freeze, the situation in Afghanistan  may also be probed by India through the creative role of the United States as a viaduct. Using ISI chief Lt. Gen. Faiz Hameed as an instrument, as PM Mr Khan had scuttled America’s last mile game in Afghanistan. The Taliban were not meant to enter Kabul militarily. There was meant to be a choreographed handover. But the ISI chief had choreographed the opposite, physically arriving in Kabul to place effective power in the hands of those with which the world finds it difficult to do any kind of normal business. If this situation can be moderated, regional geopolitics can receive an animating impulse.