Opinion   Columnists  14 Feb 2017  Lessons from the past for West Asian peace
Opinion, Columnists

Lessons from the past for West Asian peace

Barack Obama was one of the few US Presidents since FDR to take a realistic view of the Palestinians. 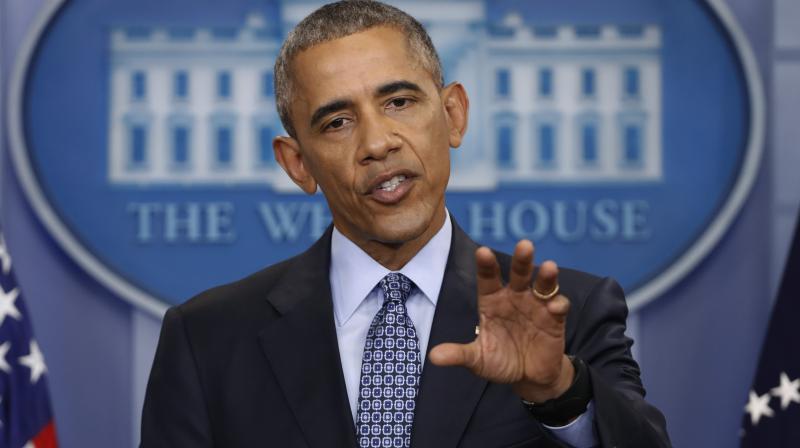 At a time when West Asia is fragmented among warring forces and riddled with hypocritical boasts and claims, the magnificent ruins of Egypt’s Nile valley are a reminder of the cultural synthesis that underlie all great empires. The Ptolemaic temple of Horus, built between 237 BC and 57 BC at Edfu on the river’s west bank, recalled for me P.V. Narasimha Rao’s boast that India had assimilated all its foreign rulers save the last. Built by ethnic Greek royals in Graeco-Roman style, the monumental Edfu temple honours only Egyptian gods.

Politeness possibly prevented Rao from suggesting that the British were obliged to yield to indigenous pressure precisely because — unlike the Edfu temple’s builders — they stood aloof from the country. The popular maxim that good government is no substitute for self-government supports the assumption that imperialism is repressive and exploitative. Israel, today’s imperial power in West Asia, is rightly castigated for trying to legalise more and more illegal Jewish settlements in the West Bank, which idealists and optimists hope will one day emerge as a sovereign Palestine. Since race is seen as defining the enemy, nobody points out that this might have happened more than 50 years ago if the late King Hussein of Jordan, an Arab like the Palestinians, had not been terrified that a sovereign state under Yasser Arafat’s Palestine Liberation Organisation (PLO) would threaten the Hashemite kingdom the British had created to reward his alien family for helping them against the Ottomans.

History is trampled in the desert sands. The Palestinians must have laughed last Wednesday when Jordan’s foreign minister, Ayman al-Safadi, bravely declared, “The Palestinian cause is a priority for all Arabs.” King Hussein’s half-English son, King Abdullah II, made similar pious noises. Little point is served by now recalling the summits and secret pacts, conspiracies, lobbying, attempted assassinations, and foreign interventions that preceded the horrible massacre of Black September 1970, when the Royal Jordanian Army attacked the PLO. Estimates of the dead during those 10 days vary from 3,000 to more than 5,000, with Arafat, who escaped murder, claiming that 10,000 Palestinians, mostly civilians, were butchered. The head of a Pakistani training mission to Jordan, the American-trained Brigadier Muhammad Zia-ul-Haq (later President of Pakistan), played a key role in planning the offensive. By then Israel had conquered the West Bank, and Jordan could blame the Jews for Palestine’s tragedy.

Things are never what they seem in West Asia. Jordan’s royal family were hereditary Sheriffs of Mecca until another deadly foe, naturally also Arab, King Ibn Saud of what is today Saudi Arabia, drove them out of the Arabian peninsula. Continuing the analogy, the Israelis, with whom Arabs have fought several wars (and lost them all) are their first cousins, fellow-Semites by blood, followers of the book (the Old Testament) by religion, although mainly European culturally. The story goes that Franklin D. Roosevelt, the 32nd US President, promised King Ibn Saud to pressure Israel to allow an independent Palestinian homeland but died before the pledge could be redeemed. When state department officials mentioned it to his successor, Harry S. Truman is believed to have retorted he had a hundred thousand rich and influential Jews among his constituents but did not have a hundred thousand Palestinians to whom he was similarly obligated.

The Palestinian cause suffered another setback last week when Nikki Haley (born Nimrata Randhawa), Donald Trump’s United Nations ambassador, refused to allow UN Secretary General António Guterres to appoint the former Palestinian Prime Minister, Salam Fayyad, as UN envoy to Libya. Mr Trump’s ethnic Indian ambassador said she did not “support the signal this appointment would send within the UN”, where Palestine is not a full member. “For too long the UN has been unfairly biased in favour of the Palestinian Authority to the detriment of our allies in Israel,” she added. She promised alarmingly that Mr Trump’s US “will act, not just talk” in support of Israel. When he was still only President-elect, Mr Trump telephoned Egypt’s current President, Abdel Fattah Saeed Hussein Khalil el-Sisi, and told him to withdraw an Egyptian-sponsored UN Security Council resolution against the illegal Israeli settlements in the West Bank. Mr Sisi promptly obeyed, much to the delight of Benjamin Netanyahu, Israel’s hardline PrimeMinister.

Not that the US President flows straight and tranquil like the Nile. In a sharp reversal of comments made only a week ago, he is reported also to have indicated he does not believe the growth of Israeli settlements in Palestinian territories is “good for peace”. Sowing further confusion over his often contradictory pronouncements — both during the election campaign and since his inauguration — Mr Trump made the remarks to a right-wing Israeli freesheet paper Israel Hayom owned by the billionaire Sheldon Adelson, who donated $20 million to Mr Trump’s campaign. The paper is regarded as a mouthpiece for Mr Netanyahu, who will soon visit the White House. Mr Trump is also reported as saying he is still thinking “seriously” about moving the US embassy in Israel to Jerusalem, although admitting it may not be easy. Palestinians fiercely oppose the move.

The US is the power behind Israel’s imperial throne. Barack Obama was one of the few US Presidents since FDR to take a realistic view of the Palestinians. The most supposedly sympathetic Israeli leader, Shimon Peres, denied a separate Palestinian identity altogether and thought Jordan should accommodate the Arabs Israel had displaced. Neither Israelis nor Americans display the tolerance, flexibility or breadth of vision and imagination of the Greeks whose intricate carvings at the Edfu temple speak of a world where race was not synonymous with supremacist posturing and differences did not mean injustice. Today’s West Asian players have much to learn from the past that is now preserved only for tourists.