Opinion   Columnists  13 Dec 2021  Aakar Patel | Should AFSPA be repealed, or stay? The case: For and against
Opinion, Columnists

Aakar Patel | Should AFSPA be repealed, or stay? The case: For and against 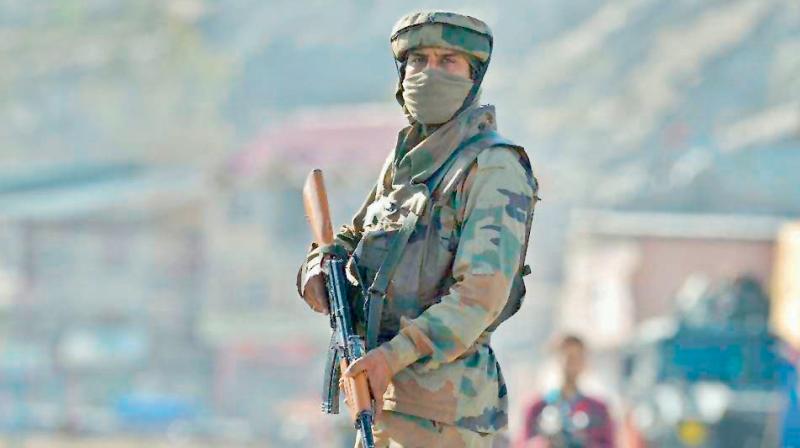 The key provision of AFSPA is the sweeping empowerment of individuals from the police and the military and the paramilitary forces to open fire 'if he is of the opinion that it is necessary so to do for the maintenance of public order'. (Representational Image/ DC File)

The killing of 14 Indians by the Army and the security forces in Nagaland recently has resurrected the demand for the repeal of the Armed Forces (Special Powers) Act, or AFSPA. Two chief ministers of northeastern states have said that they want the operation of the law to end in their states. Later this month the Nagaland Assembly will convene a special session to demand that the law be suspended in that state.

Before we offer any opinion in favour of or against AFSPA, it may be of interest to see two things. First, what are these “special powers” given to the armed forces, and second, what does the “repeal” really mean?

The key provision of AFSPA is the sweeping empowerment of individuals from the police and the military and the paramilitary forces to open fire “if he is of the opinion that it is necessary so to do for the maintenance of public order”. The forces could use force “even to the causing of death” and would be immune from prosecution for their actions except with the sanction of the Central government.

Second, they could destroy anything they thought was a hideout, a fortified position or shelter from which an attack could be made. And they could arrest and detain without a warrant anyone they wanted and could use force in effecting the arrest. What happens when you give armed men such freedom in a place that has been declared hostile by the State is not difficult to imagine.

What will repeal of this law really mean? It means in case an individual is accused of committing a crime, and an FIR is filed, the police will investigate and if it finds primary evidence and files a chargesheet, that individual is tried in court. If found guilty, the person is punished. That is all repeal means.

Technically, there exists a provision even within AFSPA for this to happen. The chargesheets filed against the armed forces are sent to New Delhi for the ministry of defence (for the Army) and the ministry of home affairs (for paramilitary forces). These ministries then decide if the immunity given to the individual can be lifted so he can be tried in a court. On January 1, 2018, the Rajya Sabha was told that since 1989, approval for prosecution had not been given in any of the cases of murder, torture, kidnap and rape.

The Army says that it has an internal system of discipline that it uses. However, that must be used for military offences, such as indiscipline. It cannot be used for crimes against civilians, but nonetheless let us see what happens in such cases.

On May 11, 2006, after investigating a case, the CBI filed murder charges against five serving Army personnel from the 7 Rashtriya Rifles unit in the court of the chief judicial magistrate of Srinagar. The CBI argued that this was a case of “cold blooded murder” and were not actions taken in the course of performing official duties, and so the perpetrators could not be protected. The Indian Army blocked the prosecution of five Army personnel using AFSPA. The Supreme Court upheld the Army’s action and asked it to decide whether it wanted to court martial them instead.

In September 2012, over 12 years after the murder of the five civilians in Pathribal, the Indian Army chose to bring the case before the military justice system and began proceedings in a general court martial. On January 24, 2014 the Indian Army said it was dismissing all charges against five of its personnel due to the lack of evidence. According to the closure report filed in the Srinagar chief judicial magistrate’s court, the Indian Army did not even conduct a trial but instead dismissed the charges through a pre-trial procedure.

In another case, in Kashmir’s Machhil area, soldiers were convicted of murdering three civilians but freed nonetheless by an Army tribunal without explanation. On February 23, 1991, soldiers of 4 Rajputana Rifles came into the villages of Kunan and Poshpora in the remote northern district of Kupwara. The Army asked the men to assemble outside and then entered their homes.

They stayed there the entire night and allegedly raped the women of the village, from a 14-year-old disabled girl to a 70-year-old grandmother. Nothing has come of this though several FIRs were filed. Those who oppose the repeal of AFSPA must consider if they want a continuation of this state of affairs. Because the repeal of AFSPA means nothing more than that cases like these will be tried in a civilian court.

The Army has been left to do justice to itself for crimes it is accused of committing against civilians. As a force inside the government, obviously it will want that there should be no intrusion into what they do. But is it reasonable to say that they should not be tried in an Indian court by an Indian judge for crimes against Indian civilians? It seems unreasonable to expect that. But that seems to be what all those who do not want the repeal of AFSPA are saying.