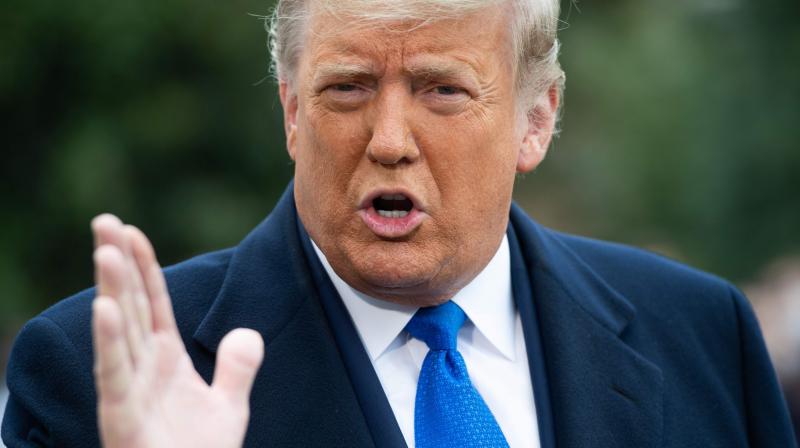 This year, Dhanteras was celebrated on what the West deems an ominous day -- Friday the 13th. Well… ominous for some is auspicious for someone else. India is lighting diyas, and let’s not spoil the fun. I know I should be focusing on momentous events, closer to home -- like the Bihar elections. But a timely meme said it all. It showed a super glamourised image of actor Ratna Pathak (bouffant hair, cat eyeglasses) advising her beta not to discuss the Bihar elections, since it is so “middle class”. Such is the dilemma faced by us urban idiots, we did indeed follow the American presidential race pretty breathlessly, while being pretty indifferent to what was going on in hamara Bihar. Well, that’s also because we kinda knew what would happen in Bihar -- and it did! Whereas the bitterly fought battle for the White House, between Orange Hair and Boring Biden, provided more mazaa.  lf you ask me, the guy who really won the White House back for his party (the Democrats) is the guy who never wanted to leave it in the first place -- Barack Obama. It was this man’s solo crusade that did the trick for Boring Biden. Because, in truth, the average American is not all that different from the average Indian -- we happily fall for “BS”. Besides, Donald Trump did indeed bag eight million more votes this time! Had it not been for the most charismatic living politician (Obama) working relentlessly for Boring Biden and Coma-la, Orange Hair would have cruised back in aaram se. This is the thing about democracies (please note: India still counts itself as one), the lowest common denominator generally leads the rally. Barack Obama galvanised the troops and tapped into the seething rage generated by #BlackLivesMatter, as he went after Donald Trump in a campaign that should serve as the ultimate master class in astute politicking.

Back home, we have become accustomed to the BJP winning -- whatever, whenever, and however! Anything else comes as a jolt. Nitish Kumar has been lording it over Bihar for 15 long years. He really doesn’t give a flying eff about dull issues like the future of migrant workers or how to deal with Covid-19. His gameplan is simple -- to stay put. Finished. But aha – how can we overlook the Owaisi factor? What was that? Should we take it at face value? Is it just a simple case of a shrewd tactician playing his cards expertly? Or… or… or! Politics is all about “setting” and “jugaad”. Owaisi did his numbers well. Cannot take that away from this wily fox who can out-talk even the most garrulous anchors and panelists on television “debates”. With Bihar behind us, the IPL over, and Covid still around, everyone is wondering what to do during this festive season. The “no patakas” ruling (thank God!) in most states indicates that it may be a far quieter Diwali. With luck, this ban on toxic pataka fumes will also reduce lung damage. Khair… what got me going far more than Rohit Sharma’s MI win (tell us something we can’t predict) was a letter which did the rounds after Trump was trumped (though it ain’t over till it is over [and] the fat lady sings). It was a handwritten note from George H.W. Bush Jr to his successor in the White House, Bill Clinton, in 1993. Read it! That’s called a class act. It is a friendly, man-to-man handwritten note which strikes the right balance -- it is not “chummy”, it is not condescending, and it is anything but whiney. This is how seasoned politicians/statesmen/stateswomen accept defeat. Losing is an art. A sore loser goes down in history as a pathetic, insecure person, who is unable to move on and concede the top spot to the next, more deserving individual. Nobody expects grace or courtesy from Donald Trump -- the most boorish American President in history. And he is not ready to make that concession speech either. Take that, Boring Biden.

In the international sports arena, there are no better examples of greats who display exemplary character traits as one another’s biggest rivals than Roger Federer and Rafael Nadal. Their goodwill looks genuine, they clearly share a comfortable sense of bonhomie, and one can sense mutual respect of the highest order! This level of professional public relations cannot be manufactured by managers and agents. It is so evident that these two all-time great tennis champions possess the one quality that separates the men from the boys -- an abundance of confidence. Compare them to the Joker with his tantrums on and off the court, and one can easily see who wins the popular vote.

It is said true character gets revealed not when you win big but when you lose even bigger. Some of our superstars in Bollywood and cricket need to remind themselves of this aspect of competition -- films flop, someone else gets the role, heartbreaks happen, box office records are broken, more wickets are taken, and the spotlight shifts to the next one and the next one and the next one. True achievements never tarnish. In India, we have any number of sterling examples -- men and women, who inspire generations to put the best foot forward and not obsess over “legacy”.

There is something truly hideous about boastfulness, especially during a time like this, when the whole world is dealing with stress and confusion. Chest thumping is easy -- watch an alpha male gorilla to figure out how it’s done. But when the prevalent and dominating political culture in the country actively advocates belligerent egotism and steps in with unseemly alacrity to “save” a particularly obnoxious television anchor who has made a career out of  bulldozing opponents and fabricating narratives, it is best to say “Hari Om!”, and remind ourselves that even the mighty eventually fall with a thud despite all the cushioning provided by powerful mentor-sponsors. You can be the biggest loser on earth while foolishly believing you have won! BTW, the biryani in Taloja remains top class.