Aakar Patel | Why not do the obvious thing? Repeal 3 laws, end farm stir…

On January 12 this year, the Supreme Court 'stayed' the implementation of the farm laws 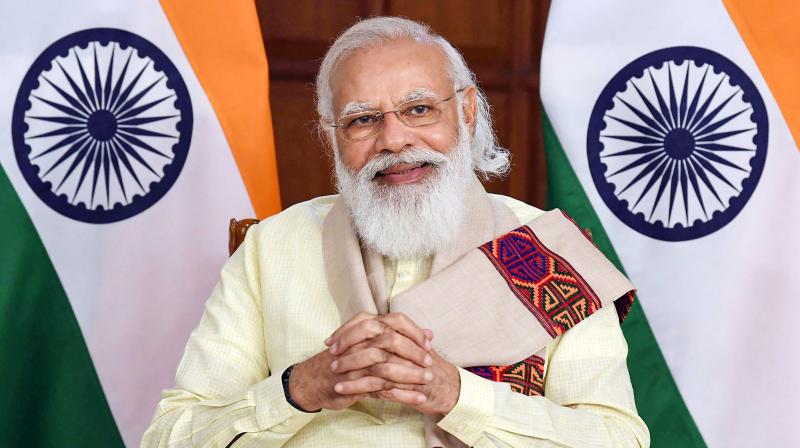 On December 30 last year, the Narendra Modi government agreed to drop the amendments in the Electricity Ordinance (Point 4) and to exempt farmers from the stubble burning penalty (Point 6). (Photo: PTI)

Later this month, on September 26, the Samyukta Kisan Morcha has called for a Bharat Bandh to seek the repeal of the three controversial farm laws. The question is why is the protest, which began last year, still continuing? It may appear that the presence of tens of thousands of individuals, men and women, at the borders of Delhi at Singhu, Tikri and Ghaziabad, has reached a stalemate. Has it? And if so, why? It is instructive to examine the details.

The farmers’ movement gave the Union government last year a set of eight demands. First, to repeal the law that allowed the tax-free trade of agricultural produce outside of regulated mandis, stop corporates from entering the agriculture sector and provide a guarantee for the Minimum Support Price. Second, to repeal the law allowing contract farming. Third, to repeal the law amending the Essential Commodities Act, decriminalising the hoarding of agricultural produce. Fourth, to withdraw the amendments proposed in the Electricity Ordinance 2020, which would end power subsidies and replace them with a cash subsidy. Fifth, to eliminate the taxes on fuel to align the price of petrol and diesel to international crude prices. Sixth, to repeal the Straw Pollution Ordinance 2020, which criminalises the burning of stubble. Seventh, to stop the Union’s legislative encroachment into the domain of states: agriculture is a state subject and not a Union one. And lastly, point number 8, to unconditionally release those jailed in the Bhima Koregaon case and for the CAA protests.

On December 30 last year, the Narendra Modi government agreed to drop the amendments in the Electricity Ordinance (Point 4) and to exempt farmers from the stubble burning penalty (Point 6). On January 12 this year, the Supreme Court “stayed” the implementation of the farm laws. The stay addressed Points 1, 2 and 3. The court then appointed a four-member committee to speak to the farmers and the government and make recommendations. One of the committee’s members, Bhupinder Singh Mann, withdrew himself saying he stood in support of the farmers. The other three included two agricultural economists who had written in support of the government. The farmers’ unions refused to meet the committee and it gave its recommendations to the court in a sealed cover six months ago, in March. The stay on the laws has remained.

A couple of months ago, on July 4, Piyush Goyal’s consumer affairs ministry imposed a limit of 200 tons (wholesale) and five tons (retail) on the stocking by traders of all pulses except moong. This was because prices were rising, but this limit meant the government was itself going against the changes it had made to the Essential Commodities Act.

Last week, one of the Supreme Court committee members expressed his frustration about their recommendations still remaining in a sealed cover. He also said the government and the court would have to consider the “law and order situation” which would arise if their report was released. The committee has apparently not favoured the repeal of the laws but, according to this member, Anil Ghanwat, the laws have “many defects” which need to be addressed.

This then is the current situation of the demands for which the farmers are still on protest. Some of their demands have already been met, some have been stayed and in one case the government, without repealing, has itself undone a key law. Earlier this year, the government said it was willing to stay the implementation of the laws for 18 months. What then stops the government from just repealing the laws that are in any case not being implemented? The laws were passed as ordinances in June, passed off as part of the “Atma Nirbhar Bharat” package, passed in dubious fashion in the Rajya Sabha without a division vote and have seen the biggest and longest mass protest in the world.

The Samyukta Kisan Morcha has not withdrawn any of its demands, including, it may be observed, Point 8 which has ostensibly nothing to do with them. And yet they have soldiered on. The conclusion we can draw from this is that they believe in and stand by the things they have asked for. At the very least, we can conclude that the core demand –repeal of the three farm laws -- is not negotiable. Till the laws are actually repealed and not just suspended, the farmers will continue the movement against the Union government.

Some 600 farmers have already died while on this protest. There is no group that is demanding the implementation of the laws, this is important to note. There is no pressure on the government to implement the laws. It has merely put the laws away in cold storage and is ignoring the protests, hoping that they end from exhaustion or something else on their own, though that does not appear to be happening, and a Bharat Bandh is now on the horizon.

So why is it letting the protests continue instead of just doing what is already obvious, and repealing the laws? That is the question. And the only answer one can think of is that this is being done to preserve the image of toughness and 56 inches and all the rest of it. One hopes that this is not the reason, because it says something awful about this nation's leadership, but it is difficult to see what else it could be.