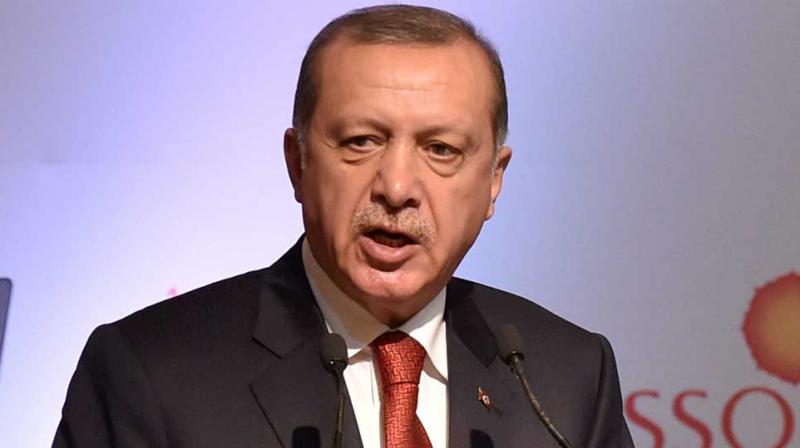 “We will lose Turkey, if Istanbul is lost.” This statement by President Recep Tayyip Erdogan returned to plague him when his Justice and Development Party lost Ankara, Istanbul and five major cities in 2019’s local elections.

This may be one reason why he swiftly transformed the Hagia Sophia museum into a mosque on July 24.

From the Bosporus, the Istanbul skyline is exactly like picture postcards, a skilful contrast of domes and minarets, slim as thermometers.

The brooding Ayasofya Museum stands apart. The greatest Byzantine cathedral, built at the edge of Europe in 537, was designed to dominate the panorama of the Marmara Sea and the Asian mainland beyond.

The first Arab probe of Sindh by Mohammad bin Qasim was in 711 AD, exactly the date when Tariq Ibne Ziad crossed over from Morocco to set up station at what he called Jabal al Tariq, or the Rock of Tariq, which the British renamed Gibraltar in 1704 after the famous Spanish-British naval engagements, including the “Spanish Armada”.

Before the Iberian Peninsula turned into a cauldron of intra-European conflict, 800 years of Muslim rule was somewhat unevenly spread across Spain.

To flavour this phase of history, one has to read Maria Rosa Menocal’s masterly Ornament of the World: How Muslims, Jews and Christians created a Culture of Tolerance in Medieval Spain. The title itself tells the story.

It is astonishing that in the past three decades of gruelling Islamophobia, not one of our liberals has referred to phases in history when robust multiculturalism thrived under Muslim rule.

After Reconquista in 1492 by Christians, the Inquisition was much harsher on the Jews who found refuge in Morocco and later in the Ottoman Empire.

The glory of the greatest Eastern Orthodox Cathedral came under partial eclipse when the Roman Catholic Church occupied it for six decades.

But it was Sultan Mehmet’s establishment of the Ottoman Empire in 1453 that caused the cathedral to face a predictable total eclipse. It was then transformed into a mosque.

From the debris of the Ottoman Empire after World War I, Mustafa Kemal Pasha “Ataturk” resurrected what is modern Turkey. He was determined to take his country from “backwardness” into “modernism”.

In other words, he turned his back on “Muslim traditionalism” and dreamt of a secular Turkey, custom made for Europe.

He replaced the Arabian alphabet with the Roman script in the Turkish language. He banned the “fez” cap, brought the practice of Islam under a department of religious affairs under the Prime Minister, and so on.

Little wonder the texture of life in Istanbul and Ankara was more European than Islamic, rather like North Tehran under the Shah of Iran. But what was the ingredient that made Turkey’s secularism comparatively more durable?

It was the Turkish Army, which became the guarantor of the republic’s secularism. Ataturk divined, and quite rightly too, that Hagia Sophia mosque would be an eyesore for Europe, in perpetuity.

With one executive order in 1934, it was reinvented as a museum of Byzantine history.

It was Western callousness that, in the ultimate analyses, made Turkey’s secular edifice vulnerable. Western, mostly American, and Israeli hostility to Arab socialism (Egypt), Ba’athism (Iraq, Syria) and Libya’s cradle-to-grave welfare system (details of the Afghan tumult are only slightly different) promoted Islamic extremism on an unspeakable scale.

The details of Turkey’s upheaval must be explained. With the breakup of the former Yugoslavia, Serbian and Croatian nationalisms turned upon Bosnian Muslims with vicious brutality.

Srebrenica is only one chapter in that bleak and shoddy history. Briefings by Gen Sir Michael Rose, the UN military commander, were laden with more gruesome detail by the day, particularly in the four-year siege of Sarajevo.

The Balkans, the turf for continuous conflict throughout history between the Ottoman and the Austro-Hungarian Empires, became an open killing field when Belgrade couldn’t hold Yugoslavia together. The helplessness of Bosnian Muslims was unbelievable.

Europe’s reason for not intervening rang hollow. Its intervention, it was said, would cause individual countries to take sides in a conflict where World War II adversaries Serbia and Croatia were fighting each other over the Bosnian spoils.

A Europe sucked into the Bosnian war carried the risk of undermining the very purpose for which the EU was forged: to avoid conflict between member states. This was sophistry, said Salman Rushdie.

Reverse the religious affiliations of the combatants, and European troops would be in Bosnia within a day.

Mornings, evenings and afternoons, Turks watched the brutalisation of Bosnia and Sarajevo, both an evocative part of Turkish historical memory. A powerful anti-West Islamist party, Refah, or Welfare, took shape and spread like prairie fire.

After his mishandling of Syria, misreading of Europe, the United States and Russia, his popularity in serious question, Mr Erdogan has fallen back on the oldest trick in the politician’s book: religious extremism.

“Look”, he will address Islamists, “like Mehmet, the conqueror, I have restored for your supplications a great mosque.”