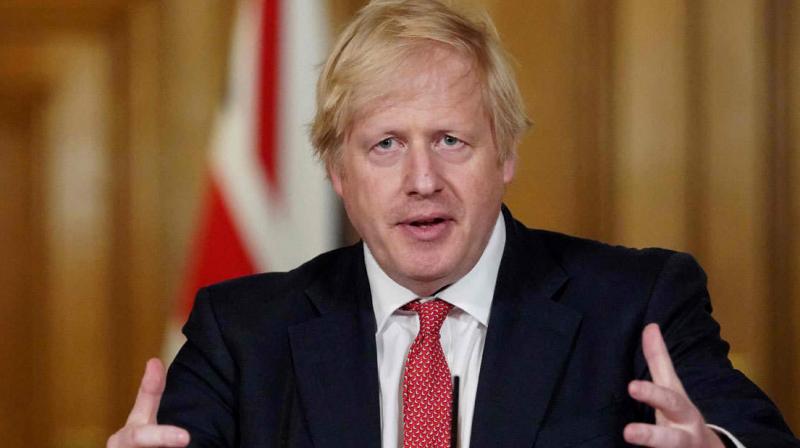 “Being struck by an arrow of Cupid
Often results in very stupid
Behaviour, but nevertheless
The poets say the arrow’s caress
Is an awakening of the heart.
Then jealousy hitches a ride
Coupled with love like Jekyll and Hyde.”
— From Much Urdu About Nothing by Bachchoo

All through my short, happy and intellectually engaged life, gentle reader, I have expressed a committed partiality to social justice. I have belonged to and worked my coccyx off for organisations which some would label “left wing”. I have on occasion, by those whom I would, in imitation of Donald Trump, call “losers”, even been labelled a communist.

I have been known to tread the streets of several continents shouting slogans such as “Hamara naam, thoomara naam, Vietnam, Vietnam!”, “Margaret Thatcher, Milk Snatcher” and “get the tax-dodging billionaires to pay their fair share and die!”. You may have guessed by now that I don’t hold the craft and skill of entrepreneurship in high esteem, but… but… gentle reader I must admit a sort of creeping, even creepy, admiration for people who’ve thought of ways of using the relatively-new technologies of the internet and social media to make billions.

There is, at the top of that list, Jeff Bezos who started out by thinking he’d sell books by receiving orders for them through the internet and then went on to sell any and every consumer article known to humankind on his broad, and torrential, Amazon. And he pays his workers in, I suppose, branded peanuts.

Then there is Zuckerberg who realised that the human ego craves publicity for its insignificant existence and consequently made zillions from getting people to photograph their breakfasts on Facebook.

Then someone recruited idle people to be taxi drivers and pick up people who wanted to return from B to A, and invented Uber. And there are then those who had the idea of using the internet for lust and loneliness… entrepreneurs all!

I must now, possibly to my eternal shame, confess that in between thinking socialistic thoughts my mind wanders to searching for gaps in this market. I have come up with nothing.

Even my patented culinary inventions such as Marmite lassi  have been failures and have earned me nothing but the obloquy of eccentricity.

And now, dear friends, my acute analysis of recent reports and speculations in the newspapers have led me to a winning formula.

Yes, Bezos worked the human drive to consumerism. Zuckerberg exploited natural vanity. Tinder went for compelling baser instincts. The one that no one has as yet tapped is… ah! Let me save it for when I tell you about how it came to me:

Recent reports in the British press, the first one satirical, have claimed that Boris Johnson is just a figurehead and the real Prime Minister, taking all the decision is a weirdo called Dominic Cummings, an unelected “advisor” to the government. Then there have been articles characterising the home secretary Priti Patel as how shall I put it not very astride an intellect. One report said that the chancellor Rishi Sunak is a potential leader of his party and so a prime ministerial candidate.

The article said BoJo should watch him carefully.

These articles revived old memories; the time I had introduced the serial killer Charles Sobhraj who had a possibly sensational political story to sell to BoJo who was then the editor of The Spectator.

Another memory was meeting BoJo, who was the MP for the constituency in which my youngest daughter went to school. I went to pick her up at the end of the school day and there was BoJo who said he was surprised to see me.

I remember asking him why he wasn’t challenging the pretty insignificant Michael Howard for the leadership of the Tory Party. He frantically told me to shut up. Oh! The stratagems of ambition!

And the reports and memories put together suggested the paved path to my own entrepreneurship. Here was the gap in the market. Uber had exploited the human necessity to get from one place to another. I would start an enterprise which exploited what Nietzsche called The Will To Power. Not any old power, but the top.

I would, under the title PMPOSS, provide an assessment for all comers about their chances to be Prime Minister. Just as Bezos started Amazon by limiting himself to books and then going wild, I am starting with the possibility of Prime Ministership of The UK (while it lasts). I genuinely intend to move on to India,

Pakistan and maybe in the end Ecuador, once I’ve mastered their political landscapes.

There are undoubtedly millions of people wanting to be Prime Ministers of their countries and now they can turn to PMPOSS for an informed assessment of their chances.

I suppose one starts with a sample or two to encourage the millions who will see the possibilities exploding in hope before their ambitious eyes. On first examination BoJo seems to have passed the test but then fails hopelessly.

The first qualification, which Winston Churchill sailed through is “have you written more than three books?” BoJo has. So, tick. “Do you write a regular column for newspapers which would demonstrate that you are in touch with the world?” Tick. He passes that one.

“Have you ever worked as an executive in television?” Well no, though he has appeared on several shows quite regularly. So, half marks. “Have you been part of a government whose bungling caused the death of a lot of people in a national crisis?” the answer for BoJo and Winston would have to be “yes”, which of course wipes out most of their positive points. And lastly

“Were you born in Pune and did you go to school and college there?“ Again both BoJo and Winston and for that matter Rishi Sunak, Priti “clueless” Patel and even the Opposition leader Kier Stamer fail that test. So, gentle reader, the search goes on.