Is China a land of peace contented with its status? Or is it arrogantly determined to be the next superpower? 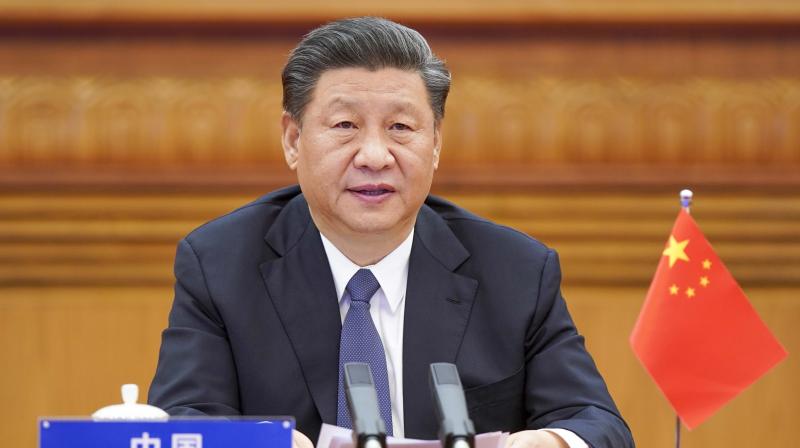 Is China rich or poor? The evidence suggests both. (Photo: AP)

The white paper titled “Poverty Alleviation: China’s Experience and Contribution” that Beijing issued earlier this month to mark the Communist Party of China’s 100th anniversary hardly helps to explain the contradictions of a China that is as much “a riddle, wrapped in a mystery, inside an enigma” as the old Soviet Union was in Winston Churchill’s famous words.

Is China rich or poor? The evidence suggests both. Travellers in China certainly see none of South Asia’s grinding poverty. But then, it’s a vast land, and movement is strictly regulated. Bursting with billionaires, China holds $3,399.90 billion in the US Treasury’s foreign exchange reserves. Yet, intermediaries and snakeheads (secret society gangs) exploit illegal Chinese workers from Angola to England and Malaysia to Saipan in the Pacific.

In a year of many records, China led the pack of billionaires who bounced back according to Forbes’ 35th annual World’s Billionaires List. The one-time Middle Kingdom is now home to 626 billionaires -- against 388 last year -- and this is second only to the United States, which has 724. China’s roaring stock market and quick recovery from the Covid-19 pandemic (for which Americans blame China) led to 205 new billionaires and the return of another 53 who had dropped out of the list. That excludes the ones based in Hong Kong and Macao, which are listed separately by Forbes magazine.

These crazy rich Asian Chinese seem to be getting even richer in the aftermath of the pandemic. A Chinese billionaire’s $4 billion average net worth represents a 33 per cent jump from last year. Collectively, the 626 billionaires own $2.5 trillion, which is more than double last year’s total. The top ten’s $447 billion is also nearly double last year’s figure.

At the other end of the scale, India leads the world in expatriate remittances because millions of desperately poor Indians fan out across the world, and particularly so all across the Middle East, to toil in ports and plantations, on building sites and in private homes. They can’t find jobs in India’s sluggish economy. But why does apparently buoyant China come second in the remittance stakes? Chinese expatriate workers send back an impressive $68 billion annually, against the spectacular $83 billion that Indians repatriate.

That can mean two things. One, even China’s economy cannot absorb the skills of all its able-bodied men (and some women). Two, China might be flowing with milk and honey, but this is only for the privileged like the taizidang, or princelings, as the sons of party veterans are called. Like the former Soviet Union, China, too, might qualify for a British journalist’s dismissal as “Upper Volta with rockets”.

Is China a land of peace contented with its status? Or is it arrogantly determined to be the next superpower? The UK’s recent 100-page “Integrated Review of Security, Defence, Development and Foreign Policy” suggested both. It called China a “systemic challenge to our security, prosperity and values”. It also promised to “adapt to China’s growing impact on many aspects of our lives as it becomes more powerful in the world”.

Besides preface and conclusion, the document had five sections – “The Solemn Commitment of the CPC”, “Final Victory in the Fight against Extreme Poverty”, “The Strategy of Targeted Poverty Alleviation”, “Exploring a New Path of Poverty Alleviation” and “A Global Community of Shared Future Free from Poverty” -- that predictably applauded the Chinese people’s fight in eliminating extreme poverty. They also indicated that China’s novel approach would benefit the world.

However, three reported tragedies hardly bear out these lofty maxims. First, 58 illegal immigrants suffocated to death in a container in Dover. Second, 39 were similarly killed in a tractor trailer in Essex. In the third and most poignant instance, 23 labourers were drowned while picking cockles off the Lancashire coast when the tide swept in. One of them managed to dial 999, but it was too late. He could only repeat in his broken English: “Sinking water, many many, sinking water... Sinking water, sinking water.”

An old saying claims that the Chinese will go wherever there is land and water. Nowadays, they will go wherever there are jobs, even though the cockle pickers received a miserable pound for a gruelling nine-hour day. But as a Chinese immigrant told the Financial Times: “By working abroad for a few months, you can live a year in China.”

These economic refugees are the Han Chinese, not Uighurs or Tibetans. They are victims of what Britain’s former Labour Prime Minister Tony Blair called a harrowing “evil trade in people”. The snakeheads that can extort as much as $70,000 to smuggle them out move people from country to country until they reach the wealthier nations of Europe, North America, Australia, or perhaps Taiwan and Japan.

A veteran Chinese Singaporean journalist bemoans in an impassioned defence of China in The Straits Times that “anyone without scales over his eyes and who has not succumbed to cerebral shampooing by the West will have realised by now that large parts of its media are biased, if not outright antagonistic, in their reporting of China.” Bias probably, but China does not make it easier for foreigners to understand itself by presenting so many contrary faces.

Perhaps the Chinese enjoy taking the world for a ride. There was the well recorded case of an unknown Chinese man turning up at the coronation of Queen Victoria -- or was it her jubilee? -- in mandarin robes and a pillbox hat perched above his pigtail, without being able to say a word of English. Unsure of whether he was an envoy from the Son of Heaven, the British seated him between a marquis and an archbishop at the ceremony at Westminster Abbey. Only next day did the police discover that he was the owner of a small junk moored in the Thames.

The moral: The world can’t afford to take chances with China.