For some, the simple act of self-expression on campus can be a harrowing experience. 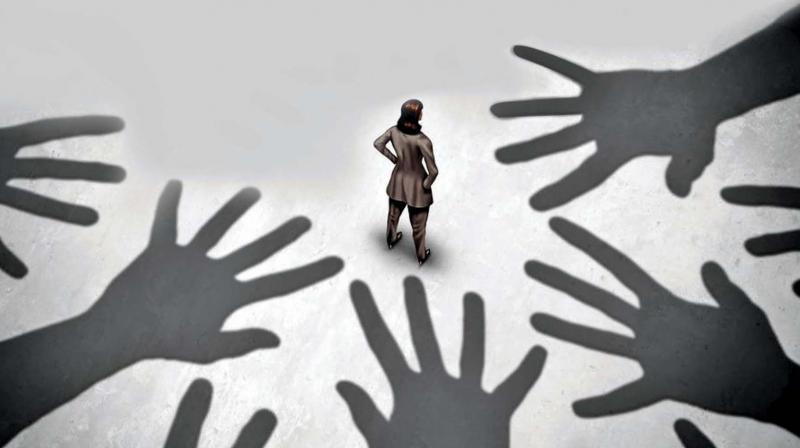 The resistance to extending the ambit of the act indicates how online hate speech against women is trivialised.

Women’s experiences of educational institutes are often marked by anxiety, fear and negotiation. For some, the simple act of self-expression on campus can be a harrowing experience.

One student at a public university in Abbottabad said that she realised she was unwelcome when, upon returning from a long day of classes, she found a sexual slur scrawled across her car.

Female students at Iqra University were left questioning their place on campus after the jarring experience of seeing their fellow male students holding placards that mocked Aurat March on Facebook.

These students, for whom online spaces are second nature, see a continuum between this online speech and sexual harassment on campus. As one student put it, “rape culture leads to rape”.

When the Protection against Harassment of Women at the Workplace Act was enacted in 2010, many wondered whether students could be complainants. For many female students, the act gave language to their experiences with teachers and fellow students. The first complaint from a student against a teacher emerged in 2011 at Quaid-i-Azam University, opening the door for similar cases under the act. Now, many students feel that the act should cover misogyny in online spaces as well.

The resistance to extending the ambit of the act indicates how online hate speech against women is trivialised.

Memes and jokes are routinely weaponised by alt-right and anti-feminist groups to normalise hatred towards women and marginalised groups, thus validating violence against them.

If women in universities are able to draw an intuitive link between their experience on campus and these manifestations online, why can’t administrations?

Sexist discourse, both online and offline, has often been framed as an issue of free speech as opposed to women’s safety — the framing considerably changes the dynamics of the debate.

Casual sexist remarks in class and demeaning comments directed at female students aggregate to a culture in which women feel excluded and unsafe.

As far back as 1994, a University of Michigan student was arrested for posting a detailed fictionalised rape fantasy about a female classmate on an online Usenet group.

In the case, United States v. Alkhabaz, the charges were dismissed on free speech grounds. In free-speech jurisprudence, gender is rarely defined as a category for hate speech.

While many women feel violated by rape jokes, most debates around online free speech bracket that feeling as mere collateral damage in the pursuit of freedom of expression. But what good is unbridled free expression when it adds to the oppression of an already marginalised group?

The argument is not to over-regulate universities, or censor speech within academic spaces, but to challenge the logic and nature of campus regulation — currently directed disproportionately at female students.

Many Pakistani universities have dress codes imposing their notions of modesty on female students. One went as far as to mark February 14 as “Sister’s Day” by gifting scarves to female students. Discriminatory hostel timings are imposed in the name of paternalistic safety.

A former Nust student recalls that, while there was virtually no curfew for male students, the slightest transgression by female students led to drastic action against them, including warnings issued to their parents.

Lack of collective action on campus is the legacy of the Zia-era ban on student unions, and organising on issues of gender is rare.

Privatisation has led to further dehumanisation of students and faculty, as neoliberal logics determine questions of safety and campus culture.

Women organising in university spaces are subject to scrutiny not just by administrations, but by peers as well. A former student of a university in Lahore said she was subject to intense on- and offline harassment after starting a campaign around menstruation.

Nevertheless, women are resisting on campuses across Pakistan — in quiet individual fights in front of harassment committees, and in collective action based on shared experiences of being sexualised, objectified and violated.

They have also vocalised the gendered impact of many student issues. One organiser in Lahore contends that rising tuition fees is both a general and gender issue; fee hikes make it difficult for women to negotiate going to a college with families already reluctant to send them.

With women’s voices becoming louder, the hope is for university experiences no longer marred by fear, and instead entailing solidarity, support and safety.