No one here to say the emperor has no clothes

The tales are many but they shall have to wait until after retirement — and perhaps never be told. 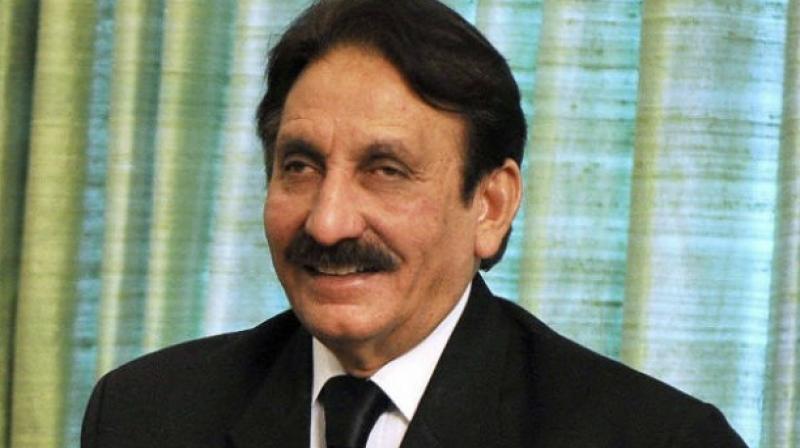 The worst thing about Chaudhry was that he was aware of what he had achieved and had an appreciation for the system — and his potentially limitless role within it.

The emperor walked beneath the beautiful canopy in the procession, and all the people in the street and in their windows said, “Goodness, the emperor’s new clothes are incomparable! What a beautiful train on his jacket. What a perfect fit!” No one wanted it to be noticed that he could see nothing, for then it would be said that he was unfit for his position or that he was stupid. None of the emperor’s clothes had ever before received such praise. “But he doesn’t have anything on!” said a small child.

Pakistan’s most recent emperor problem is about to exit. The tales are many but they shall have to wait until after retirement — and perhaps never be told. After all, when one emperor exits, another tends to quickly appear. The system abhors a vacuum of would-be saviours. Who knows the rabbits the next one will have us chasing after. But as we bid farewell to one and prepare for the arrival of the next, let’s turn to the starring role in the Hans Christian Andersen tale: the child who cried, “But he doesn’t have anything on!” Where is the Pakistani version of that child? Someone to say, no, this is wrong, you can’t do that. Or even a mild version of that. Where is the person within the system willing to say no?

It can’t be that hard; it isn’t that hard. Especially within the court. An odious character showed the way recently, but for the wrong reasons and in a terrible way. But what happened to him? Stripped of his high-court judgeship, he’s been sent home. That’s it. He lost his job and maybe his pension and probably a shot at one of those post-retirement sinecures that abound. For some that’s a lot to sacrifice and maybe even too much. But not for everyone. And yet they’ve all stood silent as the emperor passed by them with his new clothes on.

It is possible that more damage was caused by Iftikhar Chaudhry. He didn’t just think he was the messiah, he had proved that he was — who else can claim to have slain a dictator through mere defiance in a robe. The worst thing about Chaudhry was that he was aware of what he had achieved and had an appreciation for the system — and his potentially limitless role within it. Chaudhry may have been mocked for trying to fix the price of sugar and excoriated for wading into the Steel Mills sale, but it was his eye for institutional and constitutional re-jigging that was truly dangerous. Had it not been for the unavoidable judicial retirement age locked into the Constitution — who knows where we’d be today.

In contrast, the current occupant can seem tame. Flitting here and there, disrupting private and state business, it hasn’t really amounted to much. No Prime Ministers ousted — though maybe that was already done — no shockwaves through the system, nothing that can’t be patiently reversed. But he could yet end up being worse because of something else: A willingness to break out of the judicial straitjacket and head for the orchestra pit itself, conducting an incoherent symphony.

Chaudhry is more famous, a trailblazer, as it were, but the incumbent has raised the populist bar. In theory, it’s easy enough for the successor to walk back: Just don’t do what the predecessor has done. But it may not be that easy. First, you need a willingness to do so — to walk back some of the excesses and make the institution less of a lightning rod. But before the incumbent became the best known judge in the land, there was another. To be overshadowed is a worrying place to start from.

Second, the judge headed for the exit has already taken the hit for being unconventional. The folksy, always-in-the-headlines, being-the-centre-of-everything model is already here and the public has been primed to accept and enjoy it.

Third, it is real power and leverage. Whimsical, arbitrary and fierce may be hard to make institutional sense of, but when you’re pounding the gavel and working the headlines, you are creating significant space for yourself within the system.

All of which to say, more than ever we may need that child to cry, “But he doesn’t have anything on!” It is depressing to think that there is no such man, woman or child here. So maybe all we can do is remember how the Hans Christen Andersen fable The Emperor’s New Clothes ends:

“Good Lord, let us hear the voice of an innocent child!” said the father, and whispered to another what the child had said.
“A small child said that he doesn’t have anything on!”

Finally everyone was saying, “He doesn’t have anything on!”

The emperor shuddered, for he knew that they were right, but he thought, “The procession must go on!” He carried himself even more proudly, and the chamberlains walked along behind carrying the train that wasn’t there. The End.

The procession must go on. The emperor has no clothes. There is no child here in this luckless land of ours to tell us the truth.