As of now, revenues from Satcom services in India are estimated at around $11 billion, though this is not a true indication of the demand 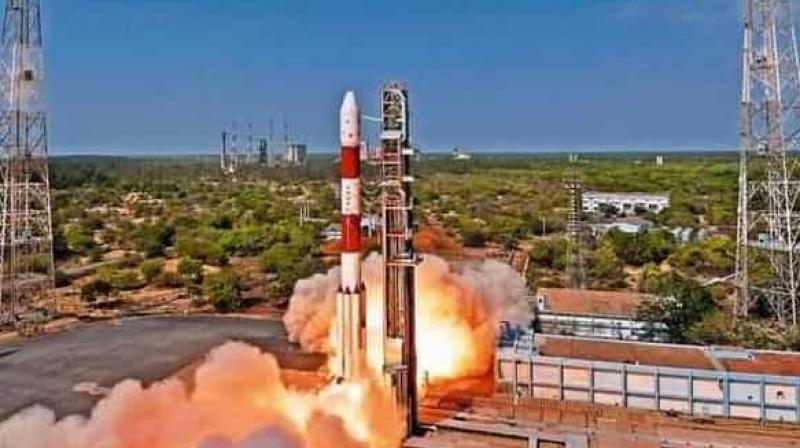 Currently, the demand for space-based services in India is met only by the Indian Space Research Organisation (ISRO). (Representational image: PTI)

On May 16, 2020, finance minister Nirmala Sitharaman announced a set of reforms for the hitherto restricted domain of space as a part of creating new opportunities to revive the Covid-19 pandemic-stricken domestic economy. The announcements opened a new frontier and promised a level playing field and liberal policies for the private sector, among other things.

A startup ecosystem has already kicked off in the space domain with nearly 50 players and many venture capitalists looking at it as a potential sector to invest in.

Currently, the demand for space-based services in India is met only by the Indian Space Research Organisation (ISRO), which leaves room to increase the capacity both in Satellite-Communications (Satcom) and EarthObservation (EO) data services. The gap is bridged through imports, which is as high as 40 per cent for Satcom. The prevailing costs for Satcom services in India are high compared to terrestrial communication services. These high costs can be attributed to imports from developed countries, high levies, licensing,and operating costs.

As of now, the revenues from Satcom services in India are estimated at around $11 billion, though this is not a true indication of the demand. The private sector can explore the latent demand to manufacture satellites through industry-friendly policies.

While opening the sector for private participation, the government had announced that future commercial demands will be demand-driven as opposed to the present supply-driven framework where ISRO supplies

capacity and then users request for it. This means that ISRO needs to run its commercial programmes through its two commercial arms -- Antrix Corporation and NewSpace India Ltd -- and not from government funding. The decision to let markets drive the business segment will help the commercial arms of ISRO function more efficiently.

Indian industry can leverage manufacturing and operating costs to build satellites. The current in-house capacity is limited to serve the diverse geographical terrains and islands, where running cables for fixed broadband can be costly and impractical.

EO data for satellite imagery is another market that can be explored. It was a restricted domain until now and mandated all customers to source data requirements only through ISRO.

Currently, ISRO has not forayed much into the civilian markets as most of the EO satellites launched have been mainly for fulfilling the requirements of the State. To serve the heavy demand from other users, ISRO imports satellite data and re-sells to the customers. Also, due to the restrictions and costlevels, only a few state governments are using advanced satellite services.

The National Geospatial Policy (NGP) indicates that the total worth of the geospatial market in India is projected to grow to nearly Rs 1 lakh crores by the year 2029-30. It indicates a high hidden demand in downstream applications.

The draft Space-based Remote Sensing Policy (Space RS Policy-2020) seeks to legalise remote sensing by private entities by stating that “the Government of India shall promote Indian Industries to carry out space-based remote sensing activities within and outside India”. This will give a fillip to Indian corporates looking to enter this field, help grow the upstream sector, and aid in the development of a space ecosystem in the private sector.

The “Final Approved Guidelines on Geospatial Data”, released by the Department of Science and Technology (DST) in February this year, has scrapped the restrictions by stating that “there shall be no requirement for prior approval, security clearance, licence or any other restrictions on the collection, generation, preparation, dissemination, storage, publication,updating and/or digitisation of geospatial data and maps within the territory of India”. It allowed accessing data directly from the suppliers for all downstream players.

This landmark measure will spur growth in downstream applications both in the governmental and commercial domains. Though foreign providers are prevalent in the Indian market, the pricing for high-resolution data and applications gives scope for improvement for the Indian market. An end-to-end solution emanating from India is best suited to capitalise on this market opportunity. It will also help India reach out to developing countries that are looking for an affordable solution.

ISRO has an important role to play in enabling Indian industry to take up this business successfully with technology and handholding. Another way forward is to look for technology partners while investing in the infrastructure for building satellite technology in India, as many leading global players see India as a potential future market.

The time may be ripe for Indian industry to embark on a space odyssey and play a meaningful role in the government’s drive to build a space ecosystem and make space a significant contributor to the Indian economy. The early birds will find a smooth ascent to emerge as one of the top satellite service  providers in India as well as for global markets.