If finding truths is hard, speaking them openly is infinitely harder

The pursuits of social bonds, wealth and power have always been common human pursuits. 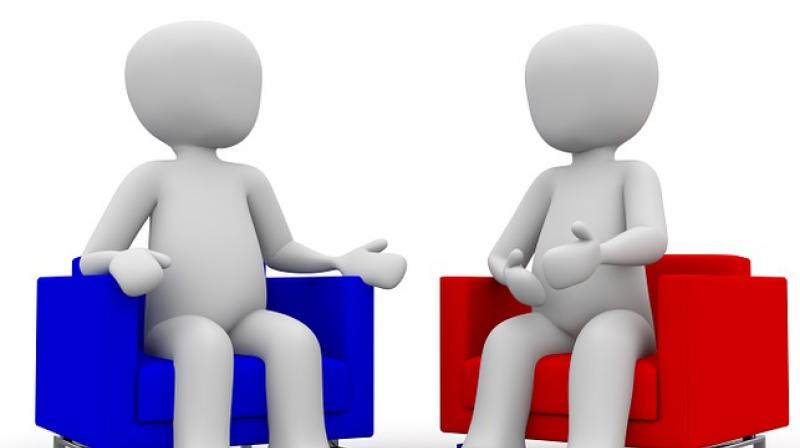 In the age of alternative truths and post-truth, some say it’s useless to talk about truth. But it’s actually more critical to define, diagnose and defend truth now. (Photo: Pixabay/Representational)

In the age of alternative truths and post-truth, some say it’s useless to talk about truth. But it’s actually more critical to define, diagnose and defend truth now.

The truth is easiest to define in the physical realm. We all agree on the names of common physical objects. Those who don’t are jesters or crackpots. Scientists broadly agree about earthly physical laws. But going deep into space or matter, they too start disagreeing. Luckily, those discords don’t affect our daily lives, even though there are few social issues all social scientists agree upon. This intense discord about social truths often causes great strife for us.

The pursuits of social bonds, wealth and power have always been common human pursuits. But a few shunned them and traversed mountains, deserts and forests to pursue the truth, creating the view that truth refers to great hidden mysteries about social issues buried in isolated places, which seekers discover and then share upon return. In reading such seekers, though, one is startled to find that truth merely means viewing social realities and cause-effect links more objectively.

Oddly, few do that, due to the huge personal, family, religious, gender, class, race, national and other biases drilled into our minds. Women are weak, Jews are greedy: such biases distort the truth that there are good people in all groups.

The reason for the extensive travels of sages was to detach themselves from their social milieu and slowly shed their biases for more objectivity. Besides objectivity, they also searched for worthy life aims that would give long-lasting satisfaction. And deep contemplation led to only one answer: pursuing wealth and power for one’s self and identity group give short-lived and shallow satisfaction. There is then this urge for more power and wealth, which soon brings us into conflict with others seeking them too, leading to constant conflict locally and globally.

What then are worthy aims? The sages smile mischievously and say the most critical aim is the pursuit of truth itself. That truth doesn’t consist of only one right opinion on every social topic known only to an all-knowing expert. It is the truth about deep social biases and the futility of the endless pursuit of wealth and power which divide people and create hatred and violence.

Pursuing truth endlessly doesn’t bring one into conflict with others. In fact, it provides deep satisfaction, optimism, inner unity and peace. It gives enormous courage. Truth creates empathy and bonding globally based on — not creed — but injustice being suffered by others. It gives boundless energy to work, clarity of thought and creativity.

To this basic goal, one can add others that minimise a focus on material wealth and power, such as reading, writing, painting, travelling, and bonding with close ones. However, there is one major problem with seeking social truth: it creates a huge urge to further pursue and vocalise it. If finding simple truths is hard, speaking them openly is infinitely tougher. First, they undermine the aims of powerful forces in society who monopolise and falsify public narratives on faith, nationalism, progress, etc. Spreading religious, national and other biases expands their hold. They silence those opposing their views.

More irksome is the apathy of even ordinary people towards social truth. Various biases, identity group pride, wealth and power are far more valued goals for most. One soon becomes lonely and intellectually cut-off from one’s social circles. Some are even banished and ostracised. One then recalls a pithy couplet: zaban mili hai magar hum zaban nahin milta (I want to converse but can’t find an attuned converser).

TV and newspaper folks express their inability to risk presenting truths openly. One desperately wants to speak clearly about dodgy verdicts, pre-poll rigging by strong forces and abuse of faith and rationality in a big Islamabad dharna in 2017, but can’t find platforms to do so.

The dodgy acts of clergy, military and judiciary in many states become taboo topics. This muzzling of truth inflicts a heavy price on nations and individuals: hatred, greed, violence, injustice, and the stifling of creativity.

This, then, is the cost of social truth globally: you discover it only after much effort, but can’t then express it effortlessly.

This leads to the troubling query of whether it’s worth pursuing truth at all, or is one better off pursuing common petty aims with a dead mind? But such is the power of truth as opposed to wealth and power that it becomes your constant friend.

It soothes, calms and encourages and gradually connects you with others struggling similarly. Still, there is no certainty that truths will prevail one day.