As May loses majority, will Brexit happen?

Ms May called it the Brexit election and projected her strong self versus the weak Corbyn as her winning gamble. 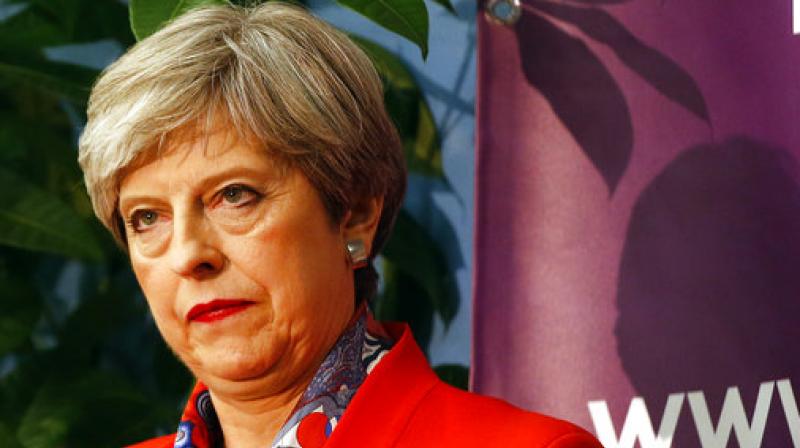 “Dreams are boring
Mine are full of regret
Who wants to recall
What you’d rather
forget?

Other people’s dreams are boring
Even nightmares pale
No sense in their
sensations
— Freudian explanations fail.”
From Panini Hated Puns by Bachchoo

Humans are hanged, pictures and parliaments are hung.

Never, since King Canute whipped the seas to calm them, has there been an act of hubris whose results the UK witnessed through the night of Thursday last. Prime Minister Theresa May, having assumed office when David Cameron resigned, called a general election in April after insisting for a year that she wouldn’t.

Before the results of the Brexit referendum she gave speeches saying Britain would be less secure, economically damaged and its health and other services would be disastrously hit by leaving the European Union. Was she, then home secretary, just pandering to her Prime Minister, because as soon as he resigned she stood for the leadership and told the country she was its most determined EU Leaver, saying “Brexit means Brexit”, though no one today knows what that means.

She inherited a working majority of Tory MPs in the Westminster Parliament and was even supported by the Opposition Labour Party when she moved Article 50 of the EU treaty, which starts the withdrawal negotiations. There were feeble calls for her to go to the country to receive an electoral mandate but she refused — till this April when she said she was calling one to obtain a larger Tory majority to go into the negotiations 10 days after the date she chose for the election.

Why did she do it? Her advisers and the opinion polls told her that the Tories were 20 per cent ahead of the Labour and that Jeremy Corbyn was the Opposition’s weakest leader since Michael Foot was trounced in the 1983 general election.

Ms May was persuaded that Mr Corbyn was a wash-out, a walkover, a loser — whichever cliché you choose — by the constant attacks on him in the press, mostly from Rupert Murdoch’s Sun and from the Daily Mail, owned by Lord Rothermere, a non-domiciled tax-evader.

There was the fact that very many MPs of his own party disagreed with several of Mr Corbyn’s stances and had even attempted to replace him through a vote of no confidence. They didn’t succeed, as his popularity with the general and increasingly young membership of the party countermanded the attempted coup, but the divisions encouraged Ms May to go for a contest.

She believed the pollsters prediction of a Tory majority of 80 to a 100, which would give her a mandate to negotiate as she wanted and have Parliament ratify the terms she came away with. As the eight weeks of the campaign progressed several truths and perceptions became evident or were changed. And so were the predictions.

Her team — basically two trusted non-elected lieutenants — formulated a manifesto policy to pay for the care of the enfeebled elderly in care homes with state funds and then seize their houses when they died in compensation. It was labelled the “dementia tax” and when the party realised that it would lose her millions of older people’s votes, she back-pedalled on the percentage the state would grab. She began to be seen by the electorate as strong and stable as the Tower of Babel. She began to be labelled “weak and wobbly” in parody of her infantile slogan.

Mr Corbyn on the other hand presented a clear view on Brexit but proposed 10 things in his manifesto, which were approved by his whole party and appealed to the electorate. He was not afraid of debating the well-coated promises of abolishing university student fees, of nationalising the railways and energy companies and reducing the cost of travel and fuel; of raising no taxes except those of the people who earned more than £80,000 a year and increasing corporation tax to a level lower than that of the earlier Tory government; of funding the NHS, increasing the police force and the minimum wage for workers.

The gap between the Labour and Tories fell from 20 per cent to three per cent and then two per cent as June 8 approached. Ms May’s party far from gaining any seats was reduced to 318 below the simple majority of 326 in Parliament.

Despite rumblings among the senior Tories and their funders, Ms May has set her face against resigning. She will form a government and push through legislation with the backing of the Northern Ireland minority party the Democratic Unionists (DUP) who have 10 seats in Westminster and will force concessions on keeping the border between Northern Ireland and the Republic of Ireland (which remains in the EU as a soft border, not requiring visas to cross). The EU may not be willing to countenance any such thing.

If such a coalition or arrangement lasts for the next 10 days, Ms May goes to the Brexit table without a mandate for the hard bargaining she claimed to espouse. The Opposition parties have absorbed the electorate’s message. As far as these negotiations are concerned, there is now the distinct possibility that they will end in Britain staying well within the EU, whether they call it membership or not. That’s if, with dissent in her own ranks, she can sustain a “minority” government.

The next few weeks will determine whether Britain is headed for another election soon.