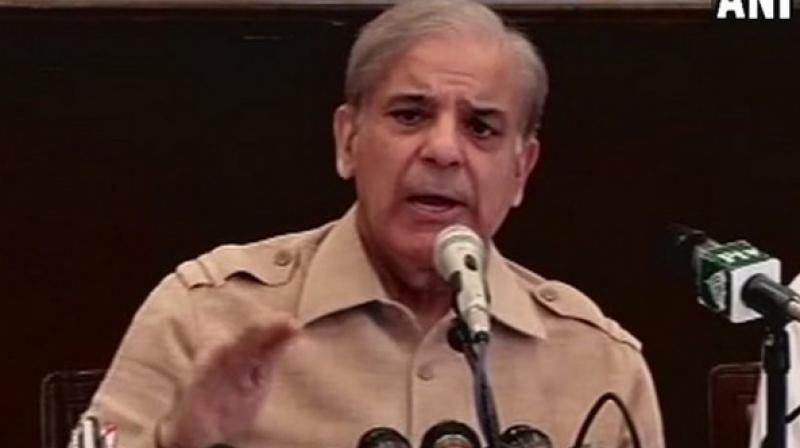 The Imran Khan pantomime may have ended in Pakistan, but the fat lady is yet to sing. He was handheld by the Army into power, calculating that as a pan-Pakistan figure he could marginalise if not eliminate the two national political parties that have intermittently ruled the country since the death of military dictator Gen. Zia-ul Haq in an aircrash in 1988. Another Army chief, Gen. Pervez Musharraf, tried to run Pakistan but was eventually forced to concede political space to the Bhuttos’ Pakistan People’s Party (PPP) and the Sharif family-controlled Pakistan Muslim League (N).

The assassination of a resurgent Benazir Bhutto and the security forces’ action against Lal Masjid sealed Gen. Musharraf’s fate. Whether the Army was complicit or simply negligent over Benazir’s death has not yet been established. But Benazir also was unwilling to listen to their advice about curtailing public meetings. The truth lies probably somewhere in between as she was beginning to assert her independence, seeing the public response to her on her return from exile.

Like India’s Enforcement Directorate (ED), which is the handmaiden of the party in power at the Centre, in Pakistan the National Accountability Bureau (NAB) does that job. The NAB’s task was made easier with the Panama Papers revelations. Imran Khan was happy to act as the flag- bearer of the anti-corruption crusade, combined with Islamism and nationalism.

But populism-based politics has two problems. Rabble rousing is fine if economic arguments are used or if neighbours like India are baited. But when it starts questioning the country’s basic foreign policy consensus, which also has the Army’s endorsement, the political leader is treading on dangerous territory. And second, the leader often gets carried away.

Imran Khan misread US-Pakistan relations and the recent developments in Afghanistan as the United States withdrew its troops, clearing capture of power by the Taliban. It is unknown how much the Pakistan Army was involved in the US-Taliban deal, but the presence of the ISI’s director-general in Kabul to oversee the allotment of portfolios was shocking. In particular, the installation of a Haqanni scion as the interior minister created tremors regionally. Did Gen. Qamar Javed Bajwa, the Pakistan Army chief, and Imran Khan quarrel over the ISI D-G’s role in Kabul, before the known differences over his future deployment?

Imran Khan had exulted in the Taliban’s victory, saying in August 2021 that they “have broken the shackles of slavery”. The Wall Street Journal wrote: “That a US security partner would say this out loud certainly raises eyebrows”. The view already existed in the United States, and especially in the US Congress, that a key obstacle to America’s success in Afghanistan was the unrelenting Pakistani support to the Taliban. The Pakistan Army, which has been playing a double game since 2001, did not want their Prime Minister boasting about it. Imran Khan thought that America-bashing would position him as a fearless and independent leader of Pakistan. It seems his sponsors in the Army did not concur.

After Afghanistan, Imran Khan tried aligning Pakistan firmly with the China-Russia axis. His presence alongside Russia’s President Vladimir Putin as Russian soldiers invaded Ukraine on February 24 was optically and strategically dangerous. It assumed Russia would succeed quickly in capturing Kyiv and replacing the Volodymyr Zelenskyy government. The unity of the Nato alliance and the European resolve to impose severe sanctions on Russia and Russian entities and individuals challenged this assumption. Even the Chinese were unwilling to openly extend full support. Having upset the US, Pakistan faced the danger of retaliation when its economy was under stress. A sign of this was China rolling over a $2.5 billion commercial loan, after an earlier similar relief of $2 billion.

The Pakistan Army observed that Ukraine was becoming an irritant in India-US relations, as India had refused to condemn Russia. New Delhi even welcomed Russian foreign minister Sergei Lavrov. An opening thus arose for Pakistan to regain US goodwill. Imran Khan, on the other hand, raised the bogey of American meddling to destabilise his government. Pakistan’s Army chief Gen. Bajwa had to publicly contradict his Prime Minister and reaffirm that Pakistan wished to keep excellent relations with both China and the United States.

Gideon Rachman, in his book The Age of the Strongman, delves into the success globally of populists. He writes: “To varying degrees, they all claim to speak for the common man, while undermining institutions, stoking nationalism and cultivating a personal style of politics, if not an outright personality cult”.

Imran was only following in the footsteps of Zulfiqar Ali Bhutto, the original Pakistani populist. Clearly, the Pakistani Army realised that its puppet had snapped the strings. It also calculated that with Imran still in play, neither of the traditional parties may get a majority.

The Pakistan Army was always closer to Shehbaz Sharif than his older brother Nawaz. His becoming Prime Minister, besides his son Hamza becoming chief minister in Punjab, would be a fresh start between the Army generals and the Sharif family. Nawaz’s heir and ambitious daughter Maryam may put up with this arrangement till the next election. At the moment, the Sharifs and the Bhutto-Zardaris will be happy to bring some governance back to Punjab and Pakistan. They would feel that Imran’s appeal may fade with normality being restored to politics.

But the protests in Pakistan and even Dubai over Imran’s ouster indicate that he still has support among the people. How wide and deep it is and whether only Gen. Bajwa opposes him or there’s a consensus in the Army about sidelining him would determine his political trajectory. In keeping with South Asian vendetta politics, it’s possible Imran’s image of clean politics may be challenged when the NAB turns attention to the whispers about his spiritual guide-cum-wife being involved in Punjab corruption. The new Pakistan Prime Minister has a full domestic and foreign agenda.

Abroad, Islamabad may pick up Gen. Bajwa’s floated proposals about an incremental revival of India-Pakistan relations. But it remains to be seen if the Narendra Modi government decides relations with Pakistan can’t be permanently frozen. In any case, it will be diplomatically astute to not keep pushing Pakistan into China’s arms. The designation of Hafiz Saeed’s son as a terrorist is a positive step. But the BJP cannot ignore the domestic dimension of such outreach. The Muslim baiting, now reaching a fever pitch in Karnataka, will need to be curbed. Otherwise, another opportunity will come and go. Only rarely do political cycles synchronise between two historically divided nations. The next few weeks will show if the willingness exists on both sides to normalise relations.