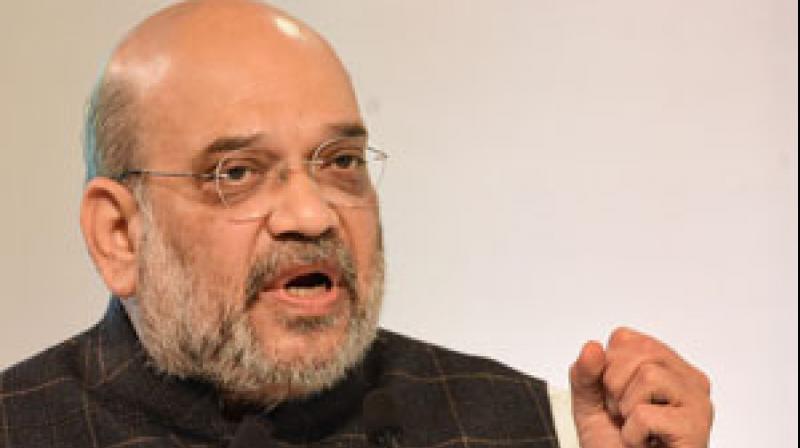 Ever since West Bengal chief minister Mamata Banerjee remarked that “there is no UPA’, there has been a lot of talk about the demise of the Congress-led United Progressive Alliance. However, a look on the other side shows that the Bharatiya Janata Party-headed National Democratic Alliance is also a pale shadow of its old self. BJP leaders always said with great pride that the Shiv Sena and the Shiromani Akali Dal were their oldest and most loyal partners. As it happens, both have walked out of this grouping for different reasons. Earlier the BJP had parted company with Mehbooba Mufti’s People’s Democratic Party. A host of smaller parties have also quit the NDA over the years. In fact, it was this exodus that forced the BJP to give greater representation to allies in the last Cabinet reshuffle. Nevertheless, BJP allies constantly complain that the BJP does not follow the coalition dharma. No one can recall when the meeting of the NDA was last convened. Incidentally, home minister Amit Shah is the NDA convener.

Rivalry between Union minister Jyotiraditya Scindia and former Madhya Pradesh chief minister Digvijaya Singh has resurfaced with a vengeance. The two leaders exercised restraint as long as Mr Scindia was in the Congress but the gloves are off now after he crossed over to the Bharatiya Janata Party. Mr Scindia set the proverbial cat among the pigeons recently when he visited Digvijaya Singh’s home ground Raghogarh for the first time where he announced that he will be visiting the place more often. Mr Singh retaliated by going to Scindia’s constituency Guna, where he delivered a blistering speech in which he accused the former Congress leader of betraying his old party and bringing down the Kamal Nath government. Not mincing his words, Mr Singh said that when one member of a family is a traitor then generation after generation are prone to commit treachery.

Now that his loyalists have been accommodated in the latest reshuffle of the Rajasthan Cabinet, the next step is to find a suitable slot for Congress rebel Sachin Pilot. Mr Pilot has made it clear he will not settle for anything less that the chief minister’s post. He is no longer interested in joining the government as deputy chief minister or going back to his old job as Rajasthan Congress president. It is learned the leadership has proposed Mr Pilot moves to Delhi as Congress general secretary, giving him two options. He can take charge of either Kerala or Himachal Pradesh. The Congress is in a tough spot in Kerala and the present in charge Tariq Anwar wants out. If Mr Pilot opts for Kerala, it will send out a powerful message that he still enjoys Rahul Gandhi’s confidence since the Nehru-Gandhi scion is an MP from this southern state. If Mr Pilot chooses Himachal Pradesh, he will get an immediate opportunity to prove his mettle as the hill state is headed for Assembly polls next year. Having just won several by-elections in Himachal Pradesh, the Congress is well placed here while the BJP is on a sticky wicket. Besides, Rajiv Shukla, presently in charge of Himachal Pradesh, wants to move out, preferably to a “warm state”.

Congress leaders overseeing preparations for a public rally at Ramlila Grounds were secretly relieved when the Delhi Police turned down its request following which the venue was shifted to Rajasthan. Apparently, the organisers were not sure if they would be able to bring the necessary crowds to fill the massive grounds. Normally, party leaders from neighbouring states, particularly Haryana, bring busloads of cheering crowds for rallies in Delhi because of its proximity to the Capital. Former Haryana chief minister Bhupinder Singh Hooda has, in the past, used such occasions to demonstrate his strength to the party leadership.

But this time, Mr Hooda was in no mood to cooperate. When Vivek Bansal, Congress in charge of Haryana, remarked at a meeting that it is the responsibility of the NCR states to bring maximum crowds, Mr Hooda remarked scathingly that Mr Bansal’s hometown Aligarh is also not far from Delhi. Mr Hooda is counted among the disgruntled leaders or the G-23 who had written to Congress president Sonia Gandhi demanding far-reaching reforms in the party. He is unhappy over archrival Kumari Selja’s appointment as Haryana Congress president. He wants his son Deepender Hooda or his loyalist to be given this job.

Inundated with complaints about Punjab Congress president Navjot Singh Sidhu’s ongoing public battle with his own government, the Congress leadership has attempted to make amends. In an effort to placate the disgruntled leaders and rein in Mr Sidhu, the party appointed Sunil Jakhar as the convener of the campaign committee for the coming Punjab polls while Pratap Singh Bajwa was named convener of the manifesto committee. Both Mr Jakhar and Mr Bajwa are known Sidhu critics. Not only is Mr Bajwa angry at being overlooked for the Punjab Congress president’s post but he is also upset that Mr Sidhu is openly supporting his brother Fateh Jung Singh Bajwa at a time when both brothers are fighting over a ticket from the Qadian Assembly seat.