Jaya Bachchan’s way is simply wrong: Revenge is not justice

Evidence shows that rape breathes and thrives in the acid air of patriarchy. 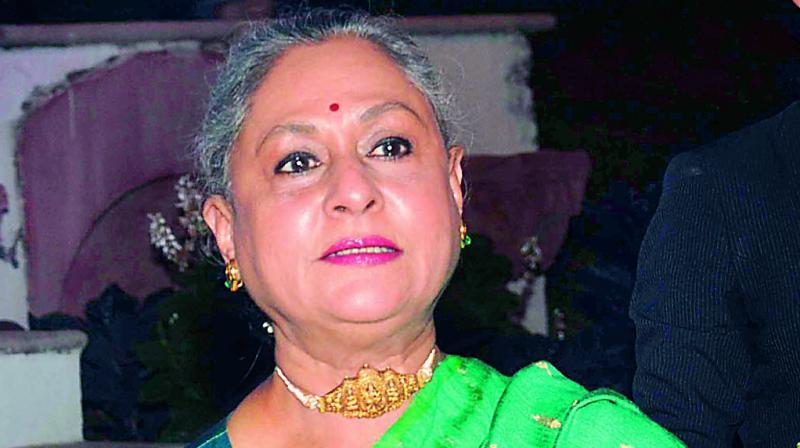 Jaya Bachchan wants rapists to be lynched publicly. In doing so she wants to take the struggling Indian democracy closer to Saudi Arabia, where a bloodthirsty Muhammad Saad al-Beshi gets his children to clean his sword after beheading people in public squares. A closer example comes from parts of Pakistan and Afghanistan where women accused of bringing ‘dishonour’ on their families, are often shot, according to customs that are beyond the ken of the country’s law courts.

Evidence shows that rape breathes and thrives in the acid air of patriarchy. The four-term parliamentarian might look at her own party’s approach with women. Was it not Mulayam Singh, head of her Samajwadi Party who famously said “boys will be boys” after men of his own caste were named in a rape case in Uttar Pradesh? “Are we going to hang them?” he had fumed. Mulayam has staunchly opposed political consensus to increase the presence of women in parliament.

Rather than suggesting bad remedies to arrest what can only be called an epidemic of sexual violence in India Ms Bachchan could look at the evidence that in societies where male dominance eases, the incidence of sexual violence abates, not completely but substantially.

Remember how W.C. Bonnerjee went berserk when the British, responding to the death of a child bride on her nuptial night, raised the age of consent to a grudging 12 years from 10. Nationwide protests ensured that patriarchy continued to rule the country.

Historically, there’s little difference between the approaches to the malaise across diverse cultures. The uncertain story of Lucretia’s rape in Roman tradition has turned into a real and frequent occurrence in today’s South Asia. Accused of causing her own rape by a prince, Lucretia committed suicide, as often transpires in our region with sickening regularity. A young woman was kidnapped from Karachi’s busy street the other day. Instead of joining the search, online trolls strove to shame her for ‘bringing it upon herself’. Have we ever heard the parent of a boy telling the neighbourhood girl: ‘Don’t go out this late because my son could be on the prowl?’

Shades of patriarchy can appear deceptively benign at times. There is a much-revered Hindu godman who aired his unsolicited opinion that a woman who was sexually assaulted and murdered in Delhi would not have been harmed had she pleaded with her tormentors, calling them her brothers instead of fighting back. Asaram Bapu, however, failed his own test and is currently lodged in prison for rape. Another godman wanted for sexually exploiting his students has escaped to a distant country where he has reportedly announced the world’s first Hindu rashtra.

The cowardly act of rape needs and gets religious and even political cover for legitimacy. Since soldiers can and do commit rape with impunity wherever they can, the Justice J.S. Verma commission looked into ways to accord better protection to women against predators. He recommended that India’s Armed Forces Special Powers Act be tweaked to include rape to be tried by a civilian court. What howls of protest went up from the establishment, as common citizens of Kashmir welcomed the proposal. Kashmiris cited a damning list of sexual assaults by the security forces to insist in vain for the repeal of AFSPA, a provision that gives Indian security personnel immunity from civilian scrutiny.

A gruesome rape and murder of a 27-year-old veterinary doctor happened in Hyderabad about two weeks ago. Mr Modi is now Prime Minister, and his party has shown scant regard for his promise to protect women. Revolting stories of sexual violence by politicians of the ruling party among others have surfaced from different parts of the country, including Uttar Pradesh and Gujarat.

Jaya Bachchan spoke with clarity on the issue in parliament. She asked for rapists to be lynched, nothing short of it. She condemned the sickening crime in Hyderabad — allegedly by four men who were quickly arrested and soon shot dead in a dubious armed encounter with the police. She thus aligned herself with the “collective conscience” of a burgeoning new India, one with rippling sinews that would make Nehru’s quest for a resolutely liberal democracy look worthy of derision.

How does one gauge the collective conscience of an intractable society anyway? The single source is the media.

But progressive women have taken an opposite view. As for Muhammad Saad al-Beshi, he must be wondering with a sword in hand what the fuss is all about.