Racism in the land of Gandhi and Buddha

Understandably, the latest round of atrocities has prompted demands for a law banning race discrimination. 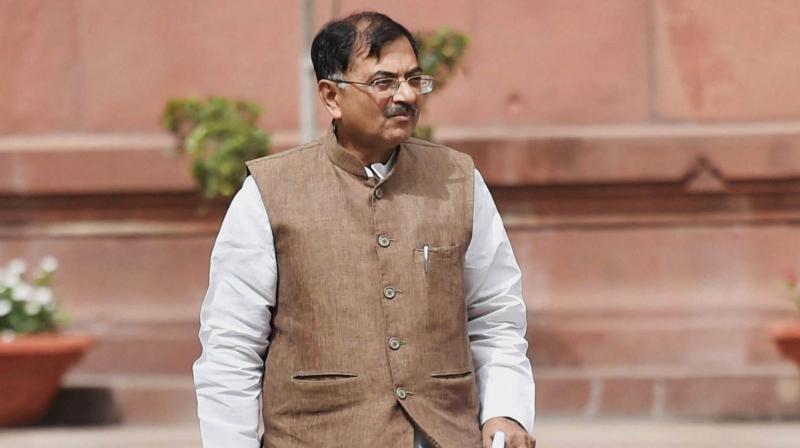 Evelyn Waugh’s hilarious novel Scoop might have been about Indians. As his news editor explains to the British journalist assigned to cover an African civil war, although the contestants are called Whites and Reds, they are really all black. The official party insists it is white (like the former BJP MP, Tarun Vijay) while the rebels being radicals, are reds. But behind the uproarious posturing lies the painfully tragic truth that many blacks eat their hearts out to be white.

Confirming this pathetic yearning, Mr Vijay’s infamous comment offers a partial explanation for the shameful record of not only how Africans are often treated in India but also the horrors to which people from the northeast can be subjected. We learn, too, from him that South Indians are only condescendingly tolerated by the saffron brigade which is incapable of appreciating the rich diversity of India’s culture.

Understandably, the latest round of atrocities has prompted demands for a law banning race discrimination. It’s a logical enough demand but overlooks the power of Indian ingenuity that long ago thwarted the legal abolition of caste distinctions and displays contemptuous indifference to rules and regulations supposed to check corruption.

When Britain’s first Race Relations Act was enacted in December 1965, I wondered if it would stop landladies putting up “No Coloureds” signs or employers refusing jobs to Jamaicans. Some discrimination might linger, friends assured me, but it wouldn’t be blatant.

“The British are a law-abiding people,” I was told. “They won’t do anything obviously illegal.”

As the current contortions to get round the Supreme Court’s ban on selling alcohol within 500 metres of highways demonstrates, Indians have an altogether different approach to law and order, truth and falsehood.

The “Ashwathama hata iti gaja” legend about misleading opponents to believe the hero Ashwathama is dead when it’s really an elephant deceptively named after him is only one of many instances of guile being rewarded. It also merits mention that during one of the periodic controversies in Britain over illegal immigration from India, an Indian student I knew stood up and announced solemnly: “It can’t be! Indira Gandhi has said it is not India’s policy to export manpower.” Obviously, a VIP’s pronouncement supersedes facts.

That might explain Sushma Swaraj’s fatuous claim: “India is the land of Gandhi and Buddha…we can never have a racist mindset.” She ought to be reminded that India is the land that murdered Mahatma Gandhi and brutally stamped out the Buddha’s peaceful faith, as depicted in Tagore’s poem Pujarini. The external affairs ministry’s plea that no African could have been attacked because of “the deep belief of the government and people of India (in) vasudhaiva kutumbakam (the whole world is one family)” is even more naive if not downright dishonest. Presented with the mangled body of a pedestrian run over by a car, the police might as well say, “Our drivers are so meticulously careful that there are no road accidents in India.” Tragically, that is exactly what the police will say if the car owner is sufficiently rich and powerful, and has scattered largesse all round.

Morality is relative in Ms Swaraj’s “land of Gandhi and Buddha”.

An Indian version of Britain’s Race Relations Act would give rise to tortuous hair-splitting arguments, hordes of mercenaries anxious to serve as witnesses for a consideration, mounds of false evidence, teams of nit-picking lawyers, and one adjournment after another for flippant or feeble reasons. No wonder India rejects the Anglo-Saxon common law principle, Falsus in uno, falsus in omnibus (False in one detail, false in its entirety), meaning that a witness who testifies falsely about one matter is not credible to testify about any matter.

Despite all these built-in systemic and operational drawbacks, a strict law that prescribes summary deterrent punishment may still be necessary. If nothing else, it will show India and the world that India is a civilised country, and that the Narendra Modi government’s concern for the safety and happiness of its African guests goes beyond upstaging China in the contemporary scramble for Africa or mobilising support for New Delhi’s ambitions at the United Nations. Our Vedic ancestors appreciated that hallmark of a human and humane society when they framed the atithi narayana (the guest is god) concept.

But as we have seen, a law alone achieves nothing unless it is firmly and impartially enforced. That demands integrity in the police and law courts, and stipulates that celebrities should not be exempt from rules everyone else has to follow. But even if all this happens, Indian society will still prefer Europeans to Africans so long as the unhealthy obsession with colour continues to pervert our perception of the world around us.

Bhagat Singh Thind, a Sikh who made history by claiming that as “a descendant of the Aryans of India, belonging to the Caucasian race, (he was) white...”, may have wanted only United States citizenship. But some of the barely literate, fawning letters Indians wrote to Adolf Hitler on the eve of the Second World War that British Intelligence intercepted showed that lurking somewhere in the depths of the Indian psyche is the conviction of a white European ancestry.

The only possible answer lies in enlightened revision of school syllabuses and intensive adult training throughout the country to create a proper awareness of the dynamics of Indian life and not just pander to ideological fiction by pretending that the bull on Indus Valley Civilisation seals is really an Aryan horse.

There is no need to share the West’s “Black is Beautiful” fad, but release from the hankering to be white would enable us to welcome our African guests with a respect that also does justice to India’s own cultural norms.