Parsa Venkateshwar Rao Jr | After its UP triumph, BJP must deliver governance 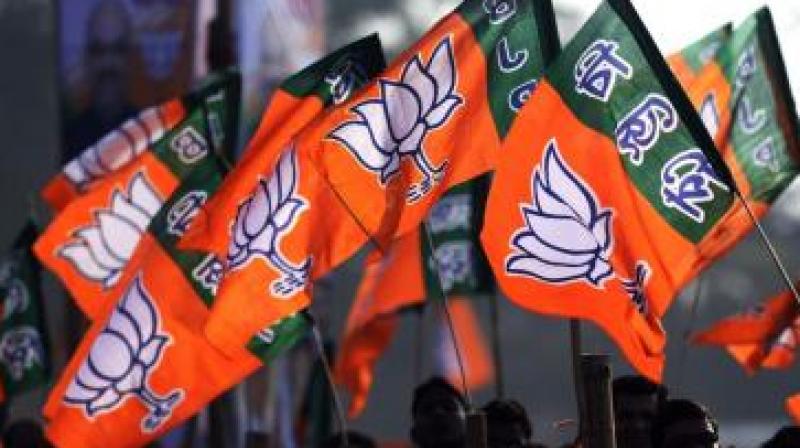 The exit polls earlier this week had prepared us for the score line on Thursday, though some of the details are sure to vary. The main task is therefore to interpret the continued success of the BJP in four of the five Assembly elections, especially in Uttar Pradesh. Prime Minister Narendra Modi made a telling comment in the last phase of the election campaign in the state when he said that there was a “pro-incumbency” trend in the country. Perhaps, he had in mind the electoral outcomes in West Bengal and Kerala as well.

The outrage among liberals over the BJP’s victory in Uttar Pradesh must be moderated because it is not just the sway of the BJP’s anti-Muslim Hindutva rhetoric that gave the party its winning numbers. Hindutva remains an important plank, and it is the clinching factor as in the case of Jats in western UP. In eastern UP, the Ram temple in Ayodhya surely had its impact as also the spruced-up Kashi Vishwanath Corridor. More important, what helped the BJP to get past the Samajwadi Party was the coalition of the non-Yadav Other Backward Castes (OBCs) and partly that of the dalits. Bahujan Samaj Party chief Mayawati had given a push to the BJP indirectly.

The Muslim vote has not helped the Samajwadi Party much in the face of the BJP’s caste coalition, which included the upper castes, the OBCs and dalits. It gives the impression of a communally polarised scenario. But one can’t press the point too far. The BJP would want the Muslim vote too, and it wants to be seen as a benign party that will patronise and protect Muslims as the Congress, SP and BSP had done earlier. It is for the different sections of the Muslim community -- there is no monolith here -- to decide their strategy. Conservative and reactionary elements among the Muslims will now negotiate with the BJP, and the BJP is not averse to the prospect. Organisations like Jamiat-ul-Ulema are already dealing with the BJP and RSS. Muslim liberals and socialists will remain arraigned against the BJP along with the Hindu liberals and socialists. Though the BJP has relentlessly and shamelessly labelled the Opposition parties as pro-Muslim and thus anti-Hindu, the SP and the Congress had played into the BJP’s hands by distancing themselves from the Muslim question. The Muslims in UP and the BJP must now come to terms with each other.

Punjab has shown the way out of the communal problem as it has voted for the Aam Aadmi Party (AAP), which moved away from the plank of Sikh politics and brought in a new political perspective of governance. The AAP’s success shows that people are willing to opt for a new party when one is presented to them. The Akali Dal has proved itself to be a spent force, and the Congress is as jaded as the Akalis. The BJP perhaps sees itself as party of the future, but it has Hindutva baggage. The AAP has stolen the show because it moved beyond the traditional community-based calculations. The AAP’s victory is in many ways the victory of the politics of governance, away from community and caste. It is necessary to remember that the AAP is not the traditional liberal party with secular values. It is a traditional conservative party which cunningly mixes Hinduism and nationalism, sometimes as blatantly as the BJP. It will be a mistake to interpret the election outcome in Punjab as the victory of liberal secular values as against the conservative, communal ones. India is now squarely in the zone of conservative politics, and that includes West Bengal.

In the smaller states of Uttarakhand, Goa and Manipur, the BJP is in a winning position but it is not the solve victor. It must share the political space with the Congress in Uttarakhand and in Goa, and with the regional parties in Manipur. It means that overarching ideologies do not matter in these smaller states, and local questions retain significance.

Looking at the result of the Assembly elections in these five states, it is possible to say that the health of the polity is robust. The BJP, despite its victories, in not the sole repository of power in these states and in the country as a whole. The BJP leaders, including Prime Minister Narendra Modi, will stay true to their habit of trumpeting their big and small victories as the dominating force in the country, but the party, though a big player, is not the only one. While the victory in UP reaffirms the BJP’s dominance in the heartland, it does not have a monopoly of power even in the Hindi heartland. It shares political space with the Janata Dal (United) of Nitish Kumar and Lalu Prasad Yadav’s Rashtriya Janata Dal in Bihar, and with the Congress in Madhya Pradesh and Rajasthan.

The BJP’s electoral victories in these elections do not lend credence to the claim of its critics and supporters that Indian politics has turned saffron. The granular picture shows that there are many parties jostling with each other in the political space, even of the Hindi heartland. The hawks in the BJP are sure to crow after the victory in UP that the BJP is India and India is the BJP. And the liberals, like the chorus in a Greek tragedy, are sure to lament the saffron triumph. That will be misleading. India remains a politically complex country, and homogenous hegemony of Hindutva does not fit the bill.

The victory in UP in 2022 can be seen as a precursor to a BJP victory in the 2024 Lok Sabha election, but if the UP numbers are any indication, the BJP will have to content itself with a limited victory. Of course, for Mr Modi and his party, victory matters more than any margins. But a BJP victory in UP in 2022 and in the Lok Sabha in 2024 does not itself guarantee good governance. The BJP under Mr Modi is yet to establish its credentials on the governance front, despite the loud claims to the contrary by all and sundry in the party. Tough talk is not the same as good governance. Narendra Modi and Yogi Adityanath are only good at tough talk. The fair question to ask is why then do people vote for the BJP? The adage of a good democracy is that you choose the best of the worst. The beneficiary is the BJP.