Intelligence agencies need a legal base

Unfortunately, no such law has ever been enacted by successive governments since the commencement of the Constitution. 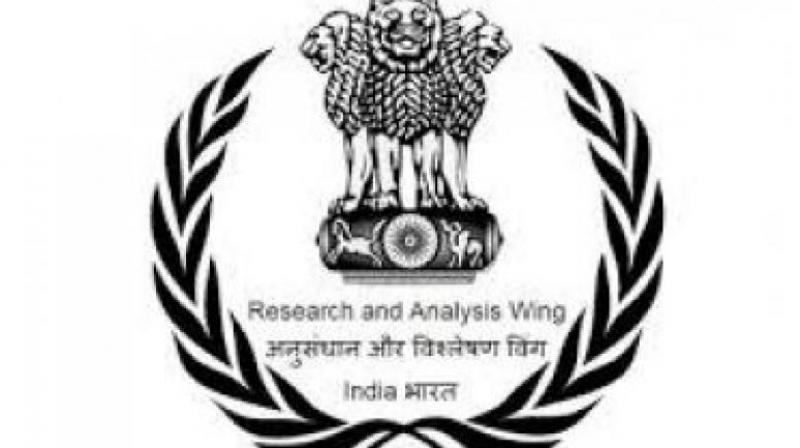 In response to the question about the law/statute which gives R&AW the powers/authority to discharge its functions/mandate efficaciously and efficiently, the government did not try and hide behind any obfuscation but candidly admitted, “There is no separate/specific statute governing the functions/mandate of the R&AW”.

In my last column, I had queried whether the CBI is a legal entity. This time around I’d like to focus on the legal foundations of our intelligence structures — the Intelligence Bureau (IB), Research and Analysis Wing (R&AW), National Technical Research Organisation (NTRO) and a bunch of other acronyms.

What triggered this column was a public statement by one of the commissioners of the Central Information Commission, Divya Prakash Sinha. He ostensibly stated that intelligence and investigative agencies need to be brought within the purview of the Right to Information Act. He supposedly said that “keeping security agencies on a different pedestal with certain riders is difficult to understand. There are exemption provisions under Section 8 and 9 of the RTI Act that take adequate care of information which these (security) organisations may not like to disclose in the public domain.” He added that the applicability of the enabling provisions of the RTI Act should be all-pervasive for public authorities. “Transparency is the anti-thesis of corruption… My experience in the commission gives me an impression that exemption of security, intelligence and investigative agencies has a significant negative impact on the right of the people to information under the Act.”

Brave words at a point in time when the NDA/BJP government is proposing both profound enfeeblements to the RTI Act and a step-down even in the status of information commissioners through the Right to Information (Amendment) Act, 2018.

However, before these entities are brought under the ambit of the RTI, it is far more imperative to put them on proper legal foundations. To understand the context, there is a need to rewind back to 2009. On July 14 and July 29, 2009, I asked two separate questions on the legal status of the IB and the R&AW respectively in the Lok Sabha. Both came up as unstarred questions. The difference between starred and unstarred questions is that while the former are answered orally by the minister in charge, only written replies are provided for the latter. Both the minister and the ministries concerned usually treat unstarred questions with less seriousness. Unlike starred questions, where the minister is subject to the scrutiny of the whole House and has to answer a bunch of supplementary questions from other members too, in the case of unstarred questions, there is no such pressure.

In response to the question pertaining to the legislative act or legal architecture from which the IB draws its legal/statutory authority or right to function, the then minister of state for home affairs came up with a very quixotic response: “The Intelligence Bureau figures in Schedule 7 of the Constitution under the Union List”. When pressed that possibly this may not be the appropriate response, the government emphatically reiterated, “The Intelligence Bureau finds mention at S. No. 8 in the Union list under the 7th Schedule of the Constitution of India.”

Even an aspiring student of law knows that Article 246 (1) gives Parliament the exclusive right to make laws on matters enumerated in the Union List in the Seventh Schedule of the Constitution. In other words, Entry 8 in the Union list enunciated in the government’s response merely gives it the legislative power to enact a statute to bring a Central Bureau of Intelligence to be called by whatever name (IB or BI) into existence. A mere mention of a subject in the laundry list of legislative powers neither gives an organisation life or legitimacy. Unfortunately, no such law has ever been enacted by successive governments since the commencement of the Constitution.

Similar is the case of India’s external intelligence service, the Research and Analysis Wing. In response to the question about the law/statute which gives R&AW the powers/authority to discharge its functions/mandate efficaciously and efficiently, the government did not try and hide behind any obfuscation but candidly admitted, “There is no separate/specific statute governing the functions/mandate of the R&AW”. However, in 2000, following the report of the task force on Intelligence Apparatus which examined the entire intelligence system in the country, a formal charter listing the scope and mandate of the R&AW was formally approved by the Government of India”.

Contrast this with the position in various other countries of the world. The Central Intelligence Agency (CIA) of the United States was created by the National Security Act of 1947 and specifically empowered by the Central Intelligence Agency Act of 1949 (CIA Act) to carry out the duties assigned to it by the 1947 Act. MI5, the domestic intelligence service of the United Kingdom, draws its legal authority from the Security Services Act, 1989, and its sister organisation, of James Bond fame, MI6, or the SIS, from the 1994 Intelligence Services Act, thereby subjecting it’s activities to the scrutiny of the British Parliament’s Intelligence and Security Committee.

Both from the national security and the civil liberties point of view, it is inappropriate to allow law enforcement and intelligence services to function without a sound and well-defined legal basis. There can be no case that an equivocal or indeterminate legal mandate gives greater operational flexibility. In fact, in an information and litigation age, it has both, an inhibiting and, worse, a debilitating impact as a lot of people who have spent a lifetime doing cloak and dagger stuff admit with some degree of caveats.

In order to surmount this lacuna, after structured consolations with a host of former intelligence Czars (facilitated by the Observer Research Foundation), I moved a Private Members Bill entitled, The Intelligence Services (Powers and Regulation Bill), 2011, on August 5, 2011. The bill unfortunately lapsed when I moved to government in October 2012.

However, this is an idea whose time has come. This bill or a variant needs to be introduced as a government bill post the 2019 elections.