Some blame the over-politicisation of the service in UP, which is making babus avoid working in the state 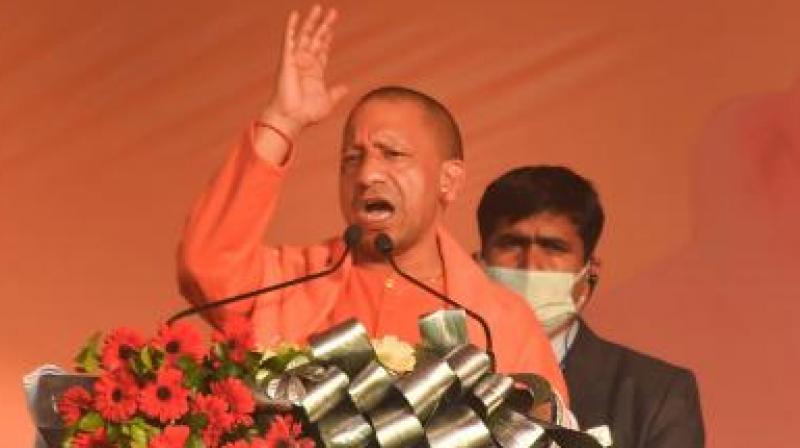 Just last week, DKB reported on the repatriation of 1987-batch IAS officer Renuka Kumar to her parent cadre of Uttar Pradesh. Now it seems that the officer has applied for voluntary retirement. Apparently, the senior officer was reluctant to return to UP. However, Ms Kumar is not the only officer who does not wish to serve in Uttar Pradesh. Two more senior IAS officers of the UP cadre have similarly sought voluntary retirement, all within a week. They are Juthika Patankar and Vikas Gothalwal. Veteran observers cannot remember when three senior IAS officers have sought to quit the service within days of each other.

So, what’s going on? The babu grapevine is abuzz with speculation about the possible reason for this development. Some are blaming the over-politicisation of the service in UP, which is making babus avoid working in the state. Why else would Renuka Kumar, who played a key role in the UP IAS Association’s campaign in the nineties to identify the three most corrupt officers in the state cadre now no longer want to work there? Like Renuka, Juthika, too, was on Central deputation. Vikas Gothalwal, however, is on study leave in the UK, and has sought VRS on health grounds.

Whatever the reason, this development does pose a ticklish problem for the Yogi Adityanath government, since an impression is being given that senior babus are unwilling to work in the state and would rather quit even if they have a few years before retirement.

The profile of the Enforcement Directorate (ED) has risen in recent times thanks to the growing number of high-profile cases involving money laundering that it is investigating. While these probes keep the agency in the media headlines, there is other evidence that the ED is now vying with the Central Bureau of Investigation (CBI) in terms of visibility and clout.

Most observers point out that since 2018 when S.K. Mishra became the director, ED has been on an aggressive expansion spree. Before Mr Mishra became the chief, ED had five special directors and 18 joint directors, mostly drawn from the IPS. Now the agency has nine special directors, three additional directors, 36 joint directors and 18 deputy directors, a nearly 50 per cent increase. Interestingly, there is a marked preference for officers from the income tax, directorate general of GST intelligence and customs and excise department, all of which function under the finance ministry. The expansion is geographical as well, with ED setting up offices in several states, including Meghalaya, Karnataka, Manipur, Tripura and Sikkim, among others.

Since 2002 when the enactment of the Prevention of Money Laundering Act (PMLA) empowered the ED and gave its officers more leverage to operate, it has conducted thousands of searches, especially since 2005, it did over 3,086 searches till February this year. This may explain the constant need to increase personnel. Yet, compared to the number of searches, the conviction rate is surprisingly low — only 23 convictions since the passing of the PMLA. Perhaps, despite the new inductees, ED may need not just more numbers but suitable technology to ease the workload of the harried officials.

There was barely a ripple in babu or media circles when the Centre extended Cabinet secretary Rajiv Gauba’s term by another year. Mr Gauba, a former Union home secretary, was appointed to the country’s top bureaucratic post in 2019 for two years. He was given a one-year extension in August last year.

No speculation usually means that it was an expected move, by babus even. In this, they are not wrong. It has become a new tradition now that the Cabinet secretary gets to serve beyond the regular term. The usual reason trotted out is ensuring “continuity”, which in this case means that the Centre is looking at Mr Gauba to continue steering the economy towards recovery and growth, crucial for the government’s prospects as it preps for the 2024 general elections.

Of course, a second extension for Mr Gauba does queer the pitch for those who were in line to succeed him to the top babu post of the country. However, Mr Gauba’s immediate predecessor P.K. Sinha got three extensions — and then was brought into the Prime Minister’s Office as principal adviser where he replaced principal secretary Nripendra Misra. In that sense, Mr Gauba is still in mid-innings!