Currently, the big story is the surge in number of new infections in the southern states 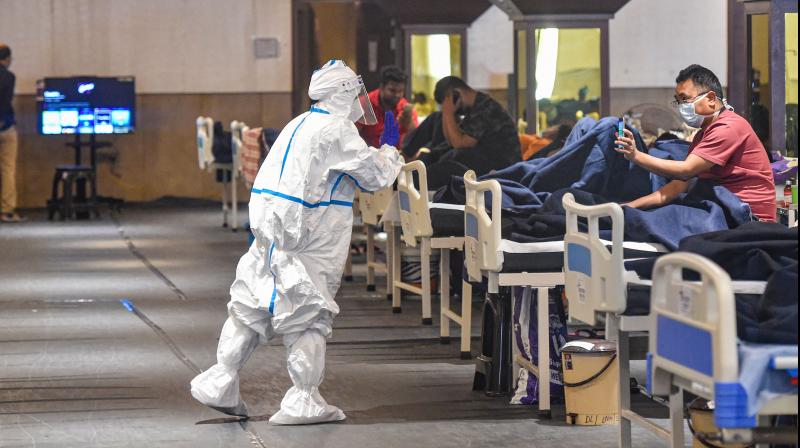 Last week, India overtook Russia to become the third worst-hit nation by the Covid-19 pandemic. India’s tally has crossed 7,67,296 cases; the deaths exceed 20,000. Only two countries – the United States and Brazil – have more cases than we do.

What lessons can we learn as the country tries to walk a tightrope between attempts to revive the economy and dealing with surging caseloads and new hotspots?

First, that there is no such thing as an Indian pandemic. We are living through a “patchwork pandemic”, as in the United States, to borrow a phrase from Ed Yong, a well-known science writer at The Atlantic magazine. Different states in India are experiencing the pandemic in different ways.

Second, the patchwork is not static. Yesterday’s hotspots can be doing better today, like Delhi. And today’s hotspots may be replaced by fresh ones in a few weeks. Currently, the big story is the surge in number of new infections in the southern states.

Telangana and Karnataka are in the eye of the storm as the newest hotspots.

Third, slippages in implementation can happen anywhere, even in states which seemed to be coping better than others. Therefore, it is vital to remain on alert 24/7. Karnataka, which was doing well during the lockdown, has seen recent surges as it has tried to unlock its economy.

Bengaluru, which accounts for more than half of Karnataka’s Covid-19 positive cases, has had a spurt of penalties being slapped on residents and commercial establishments for violating social distancing norms.

Even Kerala has seen a recent spike in specific pockets, though overall it remains leagues ahead of most Indian states. Early preparation has been the key to its success. The state government’s prompt response to Covid-19 has been partly due to its experience and investment in emergency preparedness and outbreak response during the floods in 2018 and the Nipah outbreak in 2019.

Kerala leveraged its experience in disaster management to quickly deploy resources and respond at the first alert. Its strategic interventions included active surveillance, setting up of district control rooms for monitoring, capacity-building of frontline health workers, strong community engagement which led to effective risk communication and addressing the psychosocial needs of the vulnerable population.

Fourth, while no one can honestly predict the trajectory of the new virus, the more developed, industrialised and urbanised parts of India are more vulnerable because of the greater economic activity and mobility there during the “unlock” phase.

Fifth, since cities, with densely populated pockets, are more vulnerable, it is vital to pay attention to their healthcare system. Dr Preeti Kumar, vice-president of the Public Health Foundation of India (PHFI), flags the importance of well-equipped urban primary healthcare centres which can facilitate early “contact tracing”, as the virus thrives in areas of high economic activity leading to mobility.

Big cities in India, Dr Kumar points out, have excellent hospitals offering secondary and tertiary healthcare facilities. What they typically lack is primary healthcare, which enables community workers to regularly visit homes and engage in health promotion. The key lesson is to strengthen primary healthcare and equip the first responders – the community health workers in villages and cities.

This is what Kerala has done – early identification of cases, contact tracing and isolation of those diagnosed Covid-19 positive.

Sixth, the virus does not care about elections. The Centre and state governments must be on the same page to save Indian lives.

Contrary to initial fears, the virus has not devastated rural India, even though tens of thousands of workers have left cities for their native villages. Why? Are numbers low because of low levels of testing? Or is it something else?

One possible reason could be effective quarantining of returning migrant workers in many states before they headed home, says Dr Kumar.

Dharavi, Asia’s largest slum, is another good case study of a government-led response, with effective community engagement, involvement of NGOs, peoples’ participation, and volunteers. All contributed to flatten the case load.

“The interventions were a model of intensive screening – test, track, trace, isolate. It is also important to ensure availability of food and supplies to ensure compliance on quarantine,” Dr Kumar adds.

Another model is that of Bhilwara, Rajasthan, among the worst-affected places in India during the first phase of the Covid-19 outbreak. The Rajasthan government’s response included imposing a curfew, house-to-house surveys to check for possible cases and detailed contact tracing of each positive case to create a dossier on everybody he/she met.

So how much of this is being scaled up? How well is India responding to Covid-19?

A new report by Preeti Kumar and Sakthivel Selvaraj of PHFI and Ipchita Bharali of Duke University, in America’s North Carolina, for the Brookings Institution, a think tank, draws attention to some common weaknesses nationwide.

During the ongoing economic distress, there are more people looking for work. There will be more mobility. To manage the risk, we have to replicate our own successes.