Mohan Guruswamy | India vs China: Is give and take still possible?

At Galwan, the PLA found an unguarded but very strategic spot on the LAC and occupied it 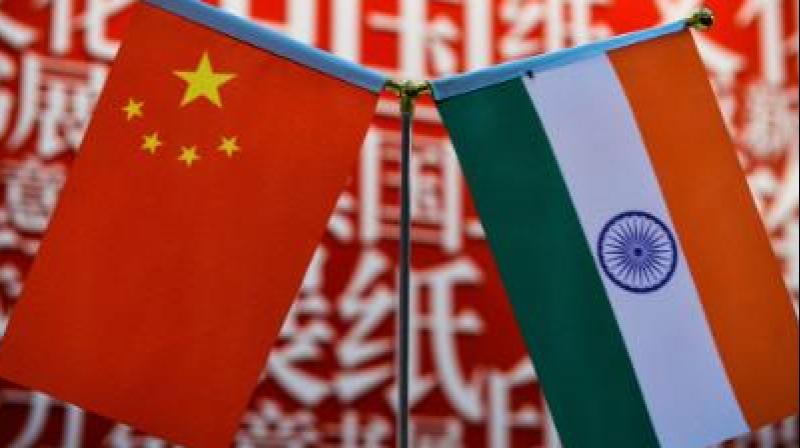 The latest standoff on the India-China border represents an escalation not seen since 1962. We have had many standoffs since then, but it always involved differing perceptions about the Line of Actual Control (LAC).

In most sectors there is an overlap of these lines with the Indian and Chinese claim lines going well beyond each other’s LAC, sometimes by a few meters and sometimes by many kilometers. But we had tested Confidence-Building Mechanisms (CBMs) in place to keep the peace.

But the latest standoff at the Galwan Valley represents a PLA ingress into a hitherto undisputed area. By doing so, the PLA has thrown down the gauntlet. How does India now respond?

At Galwan, the PLA found an unguarded but very strategic spot on the LAC and occupied it. It now places it less than 2 km from the newly rebuilt strategic all-weather Durbuk-Daulat Beg Oldi road that supports the lone Indian outpost of DBO at the mouth of the Karakorum Pass. It happened in a sector supposed to be guarded by the home ministry’s Indo-Tibetan Border Police.

Each year the PLA conducts an exercise on the Aksai Chin and its immediate forward areas along the LAC. Every year the Indian Army moves its reserves forward to check a possible PLA move.

This year the Indian Army, funked by the outbreak of Covid-19 in some formations in Ladakh, held off. The PLA just stepped in.

Just like the Pakistan Army occupied the Kargil heights in 1999. It was a gross dereliction of duties by the home and defence ministries. China has occupied a strategically vital bit of Indian territory.

The irony is that they have done a Doklam on us. We had objected to a Chinese road leading to the disputed meadow in Bhutan, which we rightly surmised would threaten the Siliguri Corridor, commonly referred to as Chicken’s Neck.

Here China has put another chicken’s neck under threat by claiming the all-weather road actually threatens it in Xinjiang.

We have left the border question to fester for much too long. It seems unresolvable now, with public opinion inflamed on both sides. There was a time when, with a little bit of give and take, this contentious and now protracted problem seemed solvable.

In 1960 Chinese Premier Zhou Enlai, while visiting New Delhi, had suggested something akin to a status quo as a permanent solution.

This was repeated in 1982 by Chairman Deng Xiaoping to India’s ambassador in Beijing, G. Parthasarathy.

Once again it was offered during Rajiv Gandhi’s tenure as Prime Minister to the then Indian ambassador, A.P. Venkateshwaran, by then Chinese PM Zhao Ziyang.

When Rajiv Gandhi visited Beijing in 1988, both countries decided to keep a permanent solution aside and focus on the immediate “doables”. All along India felt that the internal political situation would not allow the government of the day the room to go with it.

What is commonly referred to as the “border dispute” between India and China has now manifested itself into two distinct disputes.

The first is the dispute over two large and separated tracts of territories that we have agreed to leave for history to sort out. But what causes the frequent frictions between the two is that they do not agree on the LAC to separate the jurisdictions.

The perceptions of the LAC differ at many places. At some places just by a few meters, and elsewhere by tens of kilometers.

To minimise the inflammability due to active patrolling by security personnel of both sides, the two countries have a CBM in place. This is the Border Defence Cooperation Agreement (BDCA), that sets out norms of behaviour for both sides.

The important things being that nothing of a permanent nature will be built on these disputed areas, and that the patrols will take all precautions not to confront each other. Which simply means, if they come face to face at any point, they will both withdraw.

The corollary to this is that the patrols will not tail each other either. The agreement also requires the local commanders to frequently meet and exchange views and sort out local differences across the table. This CBM is now in tatters.

For three long decades, since Rajiv Gandhi and Deng Xiaoping met in 1988 at the Great Hall of the People in Beijing, the two countries have been meeting to discuss the border issue, but so far we have seen unwillingness by both sides to forget the past.

Since 2003, these talks were elevated to a high-level political dialogue between the two countries’ “special representatives”, in India’s case the national security adviser and in China’s case an official at the level of state councillor.

We had the 22nd round of this dialogue between India’s national security adviser Ajit Doval and China’s state councillor and foreign minister Wang Yi in New Delhi in December 2019.

The BDCA is a major outcome of these talks and that had by and large worked.

The next logical step of these talks should be to agree on resolving the ambiguities in the LAC. But unfortunately, even that is now being weighed down by aggressive nationalism driven by the social media, which equates “giving up” with a national loss of face.

This is something increasingly very important to both countries. We will not be seen giving up anything, not even our obduracy and historical short-sightedness.

The immediate task now must be to get the PLA to leave Galwan without loss of face. On the other hand, this could be just the right opportunity for the two sides to settle new LACs in all the three sectors.

Both India and China are now relatively prosperous and militarily powerful. This has engendered aggressive new nationalisms, that has led to the hardening of hearts, and arteries too.

To add to our confusion, many strategic thinkers in India now labour under the illusion that when push gives to shove, the recent bonhomie between US President Donald Trump and Prime Minister Narendra Modi will translate into active military and diplomatic cooperation.

They talk of a “Quadrilateral” – of the United States, Japan, Australia and India to face China. That is just deluding ourselves. When push comes to shove, we will stand alone.