Kishwar Desai | XR, traffic jams back on streets; BoJo in Kiev is butt of laughter

Extinction Rebellion (XR) activists are back on the streets, reminding us that the world is not a safe haven in any way 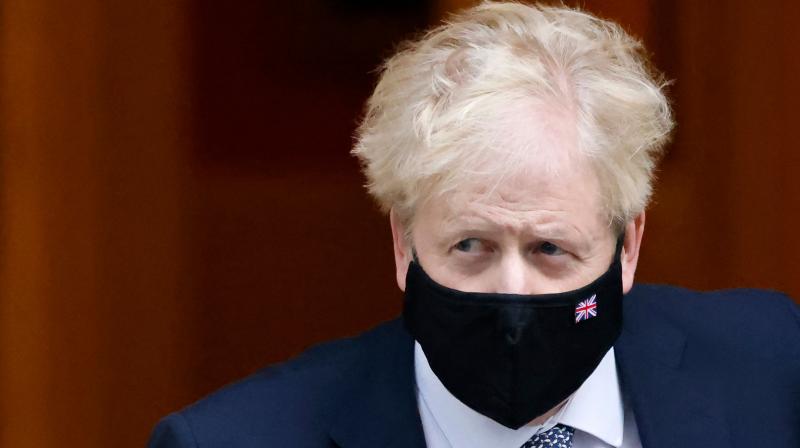 Spring is here. But that means April showers, high winds and occasional sunshine. However, along with the sun — the Extinction Rebellion (XR) activists are back on the streets, reminding us that the world is not a safe haven in any way, and the earth continues to be impacted by our “grasshopper” policies.

Shouldn’t we be looking at climate change more seriously? But this time the protesters are not as virulent as before. In the past they would glue themselves to the street or refuse to leave. But this time as they squat or lie on the streets — disrupting traffic around Oxford Street, or around Hyde Park— and it was like one large group of protesters on a picnic, as many had brought their lunch along. But we know that they are determined to save the earth by forcing us to rethink the way we use fossil fuels, or our consumeristic lives. So let’s see what they do next! Blocking Regent Street and Oxford Street may not be enough…

However, yes, I fear that the Extinction Rebellion may be on its way out (forgive the bad pun), particularly as Londoners are terribly distracted — battling with many other types of chaos in their lives.

The worst among the chaos is the escape they had planned for their Easter vacation. After two years of staycations — we are back to the traffic jams on the roads to Dover, and the long queues at the airports as Londoners push and heave and struggle to get out of the country. This was, of course, a regular scene in the pre-Covid era — but we have forgotten it. And then, flights have been cancelled, due to the return of Covid, adding to the rising tempers and rising temperatures.

However, for me, there is nothing prettier than London in the summer — and after the lockdown, it is now time to explore the London we had forgotten — the pubs, the theatre, art exhibitions, the walks along South Bank. Sometimes I feel I am in a film, with the buskers providing the musical sound track!

Yes, we know that new strains of Covid are snapping at us — but fortunately lockdowns seem to be a thing of the past. Nothing as beautiful as London in the summer! And I wonder if friends from India will start flocking here again as they did in the past! This was the “Simla” of those who could afford to fly. Though now with the war in Ukraine and flight prices zooming high — perhaps the usual Indian tourist will think twice.

And yes, in other bad news. Whichever way you look at it, Londoners are stuck with higher prices all around — their gas bills, daily food items, taxes on their incomes and houses if you were buying one. So we can always rely on Boris Johnson to cheer us up, or to distract us from our woes.

Off he went, therefore, to meet the Ukrainian President Volodymyr Zelenskyy — and even the Ukrainian embassy released the photo of the meeting between the two heads of State (one a former comedian-turned-hero — and the other a former, err….. ok, I think I will skip that) with a winking emoji saying “Surprise!”. More millions were donated to the embattled country, and more restrictions placed on Russians in the UK, but it is difficult to escape the past.

With Putin’s invasion of Ukraine, the anger has been visited upon the Russian “oligarchs” in London. It is a strange word since these “gentlemen” have no political power but just a lot of money. They buy insurance by donating money to political parties, usually the Conservatives. You can buy a title — Lord, for instance for a million or two. One Russian “oligarch” owns two newspapers and was elevated to the House of Lords. Now he has become an embarrassment for the Prime Minister who was warned that the man could be a security risk. So far he has not been harmed.

But others have had their houses seized and their assets frozen. Russians — once much sought after — have become persona non grata.

But when the going gets tough, the tough get going. And we know that anytime soon, we shall see the tousle haired Prime Minister Johnson heading to India — and what a love fest that is going to be! I have met countless people in India who have such fond memories of him in his previous avatar when he was our son-in-law, married into the one of the best known Sikh families in the country. At that time his wife was Marina Wheeler — and friends recollect him dancing wildly at weddings, turban all askew — and recently someone was telling the amusing story of him eating all kinds of food at, at…guess where (no, not the Taj) but at Lajpat Nagar.

Of course, this visit will be far more sober, and we know that the lovely UK High Commissioner, Gaitri Kumar, has already headed back to make arrangements for the Prime Minister’s Indian summer.

So Namaste India beckons and I do not doubt he will show up in a sherwani one evening with a turban to rival that of the Indian Prime Minister — like a long lost “damaad”. Welcome home, Boris!