How wars can be turned into stories that will move markets

Wire agencies run on the principle of news flashes, keeping as close to real time of an event as possible. 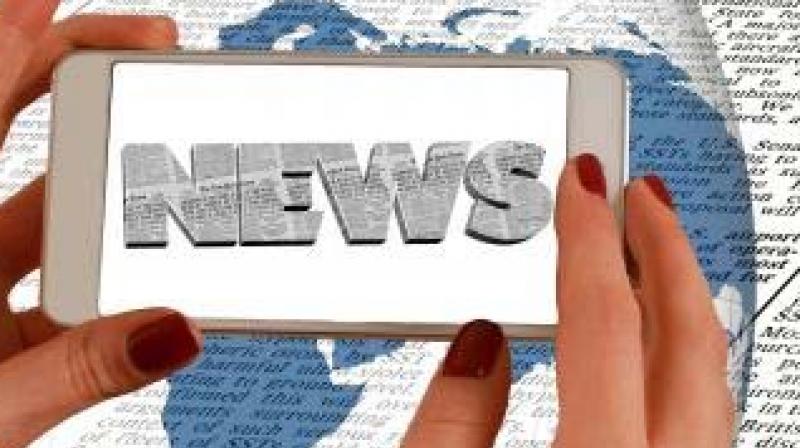 Lord Thomson, the Canadian media baron who ruled London’s Fleet Street for decades, described news as the grey stuff between ads. To understand how the recent aerial standoff between Indian and Pakistani pilots turned into a running market-moving story, consider some handy examples of what the phenomenon is. The news of Abraham Lincoln’s assassination reached Europe 12 days after the event. When it hit the bourses, there was a calamitous fall in shares related to Europe’s investments in American infrastructure enterprises like the railways. It is claimed that a man who had a homing pigeon, by design, on the news-carrying boat sent the message to the Liverpool stock exchange before the ship could dock. His partners offloaded the American shares before the bourse crashed.

Wire agencies run on the principle of news flashes, keeping as close to real time of an event as possible. “Gandhi shot. Gandhi shot,” shouted the Bengali correspondent from the British wire agency to his boss in London over a bad phone connection. Was he dead? The nervous man was not sure, but the news that Gandhi was shot made for a landmark market-moving flash as it involved the high stakes of an invincible colonial empire.

One watched with utter helplessness the slow-motion killings in Rwanda in 1994. It’s the 25th anniversary of the genocide this year. Hutu militias would go out each morning with a clear count of the scalps they needed to bag by close of business. Soon the story became a tiny single-column affair in newspapers, often appearing below the weather column.

One day, in the middle of the daily horrors, there was an even more revolting horror. The correspondent from Kigali reported that the Rwandan coffee crop had been severely harmed by the non-availability of Tutsi farm workers. The New York Stock Exchange that ignored the daily massacres suddenly went wild with the newsbreak. The news editor exulted unabashedly and, as per tradition with market-moving stories, he promised a bag of gold to the correspondent for the gory enterprise.

One was rapped on the knuckles for not reporting for a wire agency that India’s then finance minister Manmohan Singh had a cold and would be absent from Parliament for a few days. The rivals carried the seemingly absurd news, and it caused commotion at the Bombay Stock Exchange.

One day after the breakup of the Soviet Union, a commercial plane belonging to a Central Asian country turned turtle at the Delhi airport. Journalists rushed to find the firemen bracing for an inferno. Nothing of the sort happened. It was a sturdy Russian-built Ilyushin that had hit a lamp post on the side of the runway while landing.

Everyone was relieved to see the smiling politician Salahuddin Owaisi, the first passenger to step out of the upside down plane, looking not a bit shaken and clutching his satchel. The incident should have won plaudits for Russian engineering but Ilyushin was not listed on the international markets, so there was no newsbreak.

The Ethiopian Airlines tragedy with the new Boeing 737-MAX, on the other hand, has not stopped rattling the markets. And Boeing should have watched the recent India-Pakistan flareup with keen interest in the warplanes deal that went to Rafale.

The recent dogfight between Indian and Pakistani pilots has become a contested narrative not only between the two air forces, but significantly also between the manufacturers of the involved warplanes and military utilities. Foreign correspondents and analysts curiously joined the claims and counter-claims carried in the media of the two countries as seldom before.

It wasn’t about a Pakistani pilot who shot down Abhinandan Varthaman, the Indian pilot. That was to become only a peg for a much higher-yield story, one of greater interest to involved industrial complexes, including their rivals.

Did an American plane hit a Russian plane, or was it a Chinese plane that brought down the Russian workhorse? The reverberations would go all the way to Nato and the Shanghai club.

Prime Minister Narendra Modi added more excitement by proclaiming that India missed the French Rafale jets in the February action, indicating that they would have delivered a better outcome. That should have pleased the French, but worried everyone else. Remember that Germany, Britain, Sweden, Italy and, of course, the United States and Russia were in the fray for the deal that Rafale got a slice of.

Similarly with Israel, which must be terribly worried every time someone from Australia or elsewhere questions India’s version of the Balakot strikes. Did the bomb-delivering Spice kits fail? Also, was it an Israeli radar system that shot down India’s own helicopter, killing six senior airmen?

When a 1965 Indian war hero, retired Air Marshal Denzil Keelor, praised late Pakistani rival Squadron Leader Sarfaraz Rafiqui as a brilliant pilot, he was only being a good professional soldier, like the Battle of El Alamein between Rommel and Montgomery was known to both sides as a war without hate. The markets add a distortion into this worthy human emotion.