Opinion   Columnists  10 Jan 2022  Aakar Patel | Are we ready to believe things are not going well with India?
Opinion, Columnists

Aakar Patel | Are we ready to believe things are not going well with India? 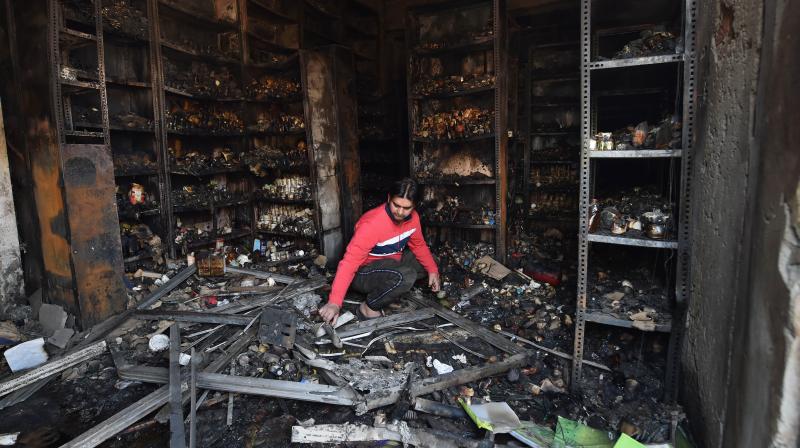 It is accurate to say that India has quite consciously been led to the stage today when communalism has completely infected the nation. (Representational Image/ PTI)

Some changes come up on us so slowly that the present generation does not take on the responsibility of the consequences. Climate change is the obvious issue that we can think of to illustrate this. One remembers phrases and words like “greenhouse gas” and “chlorofluorocarbons” and “hole in ozone layer” back in the 1980s. These were used even in school, meaning that as far back as 35 years ago, the issue was one of common knowledge. And yet, very little was done and very little continues to be done on this front.

One reason is that two lobbies that want carbon emissions to continue. The oil and gas industry is the world’s largest business and automobile manufacturers are the world’s second largest business. And, of course, these two are also the major source of carbon dioxide emissions, which we know is a primary cause of climate change.

The second reason is that as a race, we have not taken the threat all that seriously as we feel that it doesn’t concern us directly in our generation. A little warming here and a little colder weather there is not sufficient cause for us to drastically change our way of life and pay more for things and inconvenience ourselves. That is, we can speculate, how the mass thought process worked from 1985 onwards and that is the only reason why we have accepted climate change as a phenomenon but have been reluctant to do much about it. The problem is, and again experts have been shouting this into our ears, that if we do not act now, things will inevitably keep getting worse for the planet in the next few years. But we can say with certainty that we have not acted decisively against the looming threat.

Another place where this is happening is in our economy. I have written here before that even our government’s data is telling us things about where we are headed. Fifty million more Indians were working in 2014 than are working today (and this was also the case before the Covid-19 pandemic). Eight hundred million people (60 per cent of the population) are dependent on six kilos of free grain monthly. GDP growth declined for two years and three months before the pandemic. This year our economy will again be the same size as it was in 2019, but in 2019 it had already been on a trajectory of weak and weakening growth. Bangladesh, which was about 50 per cent behind us in per person GDP in 2014, is now ahead of us.

What is the cause of this and where are we headed? We can answer these questions only if we first accept that there is something wrong with the way the economy is being managed now. A course can be corrected only if we accept that we are headed in the wrong direction. Since we think we are fine, we will land up wherever the path is leading us.

A third place where we are doing something to ourselves, and whose consequences we haven’t fully understood and are not discussing in a mature fashion, is the communalisation of our society, which is now complete. Today attacks on minorities, whether they are on Muslims or Christians, are so commonplace as to not even make it to the front pages. Every day there is something new, often triggered by the government or the party in power. The persecution of minority Indians we have done through the law and violence has taken our society into a different place quite quickly. Like climate change and perhaps unlike the economy, this can be seen as an act of deliberate commission. It would be incorrect to say that the government had deliberately sabotaged GDP growth. But it is accurate to say that India has quite consciously been led to the stage today when communalism has completely infected the nation.

What are the consequences of this for us? One can think of the following. An even weaker economy, because overall trust levels are low, meaning investments will remain low. Capital is a coward and flees from uncertainty, and it is the case that there is not much certainty in India today. A further breakdown of the rule of law and the empowering of mobs and groups. An intrusion from the outside world, which cannot ignore a nation the size of India starting to eat itself.

This has already happened, and India has been on the list of nations against whom sanctions have been recommended (though not activated) since 2019.
Damage to a generation and possibly even two generations of youth, who on one side have been brainwashed quite thoroughly into thinking about internal enemies. Then there is the wrecking of institutions, which have been delicately put together over decades. These include constitutional bodies like the judiciary and the Election Commission, which after 2014 have functioned as extensions of the executive. Also, other institutions like the civil services and the armed forces which now are aligned to the thinking of the government and the ruling party more than ever in our history.

We have done this to ourselves while applauding and cheering, and so it will not be easy to halt, much less reverse course. There is an English saying: “Act in haste, repent at leisure”. Like with climate change and the economy, on this issue too we will have the opportunity soon to repent, though it is not clear that we will be able to do so at leisure.