No one can deny that our monuments need more care, funds and expertise for their proper conservation, restoration and maintenance. 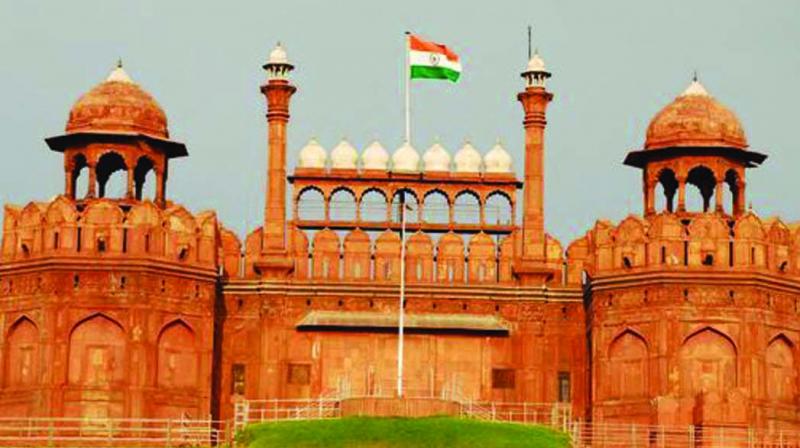 While one has to acknowledge the downright inefficiency of the Archaeological Survey of India (ASI), the nodal agency responsible for conservation, restoration and maintenance of all listed heritage monuments of national importance, the decision of the BJP government at the Centre to hand over the maintenance of the Red Fort and creation of tourist facilities to Dalmia Bharat at a cost of Rs 5 crores annually has created major controversies. The sudden manner in which the information came into the public domain, the lack of clarity and transparency over the exact nature and content of the MoU signed between the government and Dalmia Bharat, the paltry amount which the government is getting for allowing the association of a private company with the iconic monument and the choice of the monument itself touched many raw nerves. The image of this government encouraging crony-capitalism didn’t help either.

For Indians, the Red Fort is not merely a monument. It has an emotive association, not just because it was the seat of power of one of the mightiest empires of its time, but also due to its intrinsic symbolic association with India’s freedom movement. From the first struggle for independence in 1857 to the INA trials in which Pandit Jawaharlal Nehru donned his barrister’s gown to defend the accused, from Netaji Subhas Chandra Bose’s clarion call “Dilli Chalo” to hoisting the tricolour and addressing the nation by the first Prime Minister of independent India from its ramparts, the Red Fort has been a symbol of India’s pride. Not just Red Fort, but the iconic Taj Mahal, the Ajanta-Ellora caves and many other monuments, even some national parks, have also been enlisted for “adoption”. It’s perhaps a bit difficult for Indians to digest the idea of Dalmia-Red Fort, GMR-Taj or Adani-Sunderbans.

No one can deny that our monuments need more care, funds and expertise for their proper conservation, restoration and maintenance. It’s also true that the conservation and showcasing of our tourist attractions need more attention. But the “Adopt a Heritage” policy of the current government has far more danger of potentially damaging a heritage monument rather than help in its preservation. It’s clearly a policy formulated without detailed guidelines and clearly defined parameters on credentials and eligibility of the private companies to undertake the delicate task of maintaining a heritage monument, and building and operating tourist amenities within it. What were the criteria for selecting Dalmia Bharat, a cement company, for adopting Red Fort?

Shaken by the public outrage, minister of state for tourism K.J. Alphons, said in a damage-control interview with a national news channel that the private company’s responsibility was going to be limited to building toilets and providing wi-fi, and also that the company would not be given access to the “core” areas. It’s not only a misleading statement but also indicates the minister’s utter lack of understanding of the complexities of handling a heritage monument like the Red Fort. The company will not only build toilets, but also build a 1,000 sq ft visitors’ gallery, do landscaping, illuminate the monument, put a surveillance system in place and be responsible for maintenance of the monument. Mr Alphons is perhaps not aware that the Red Fort is not a cluster of a few buildings, but the whole complex is an archaeological site. Many buildings within the fort were demolished by the British, but their remnants are perhaps still there buried underground. Utmost care should be taken during any new construction to ensure that the old ones are not damaged. Creating landscapes, illumination of a heritage building, and all restoration and cleaning are the job of experts. But this government does not seem to think it’s necessary to consult experts. In the “Oversight and Vision Committee”, the nodal committee for the policy formulation, there’s not a single historian, archaeologist, heritage architect or conservationist. No wonder that experience or expertise in the field were not criteria for eligibility of “adopting a heritage”. Assuming that the company will employ experts, still there is no accountability as the indemnity clause in the MoU clearly absolves the private firms of any damage caused to the monument by them. The government seems far keener to protect the interest of the private companies than ensuring protection of the monuments.

There are many PPP models that are being practised the world over to conserve and operate heritage monuments. The simplest one is to generate funds through endowments by private companies and individuals. There are professional bodies of experts who undertake the task of restoration and maintenance of heritage monuments. One of the success stories of the PPP model in heritage conservation in India has been the restoration of Humayun’s Tomb by the Aga Khan Foundation. It took that outfit two years of painstaking research before starting any actual work. In contrast, the MoU signed between the government and Dalmia Bharat stipulates that all the work, including building the visitors’ gallery, need to be finished within a year. It shows a clear lack of sensitivity and understanding on part of both the government and Dalmia Bharat of the task to be undertaken. Hurrying up work to meet an unrealistic deadline would cause further damage to a 400-year-old monument.

The Narendra Modi government’s proclivity for announcing half-baked policies without thinking through its implications, be it demonetisation or a poorly-implemented GST, has created enough trouble. It’s scary to think that a thoughtless policy of the government has the potential to cause so much damage to our national iconic monuments that could be irreparable and irreversible.