Opinion   Columnists  09 Apr 2020  What social distancing is possible in a hut?
Opinion, Columnists

37% of Indians live in a one-room dwelling, and 32% in a two-room house/dwelling 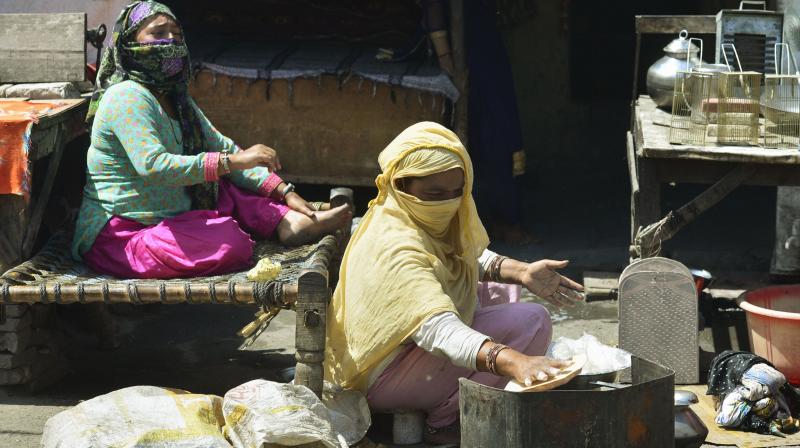 Was there any alternative to the sudden and complete lockdown? As India faces one of its most serious crises, there is little point in even asking this question. But if an answer is needed, that’s easy: yes, a lockdown was the only option.

But the question one must ponder: could we not have given a few days’ advance warning to the migrants, mostly daily wage earners, to plan the return to their villages or hometowns, if they so wished, before the total shutdown came into force? Should not the government have made plans for meeting the daily needs of the migrants and others whose daily earnings would come to a complete standstill?

One may argue that the whole purpose of the lockdown would have been defeated if people were given a few days to return to their native places as large numbers would have rushed to their villages and homes – in overloaded buses and trains – and effectively negating the “social distancing”.

But what we saw a few days after the total lockdown announcement was much worse – lakhs of poor people walking on foot, trying to take any vehicle they could to return to their villages. In their desperation, some of them even travelled inside water tankers and milk vans.

If the government announced a temporary rehabilitation plan for these migrant workers, there was a possibility of many of them not panicking and trying to return to their native places, and maybe the situation wouldn’t have been so bad.

There are a mix of several factors that created this panic among migrant workers to return to their villages. One can’t discount the role of rumours of various kinds in creating this uneasy situation of lakhs of migrants on the road, which the administration found extremely difficult to handle.

It is obvious that many of those rushing home to their native places were daily wage-earners. An earlier study by the Centre for the Study of Developing Societies (CSDS) had found that 29 per cent of the earning population in big cities get paid daily wages, while their numbers are 36 per cent in small and medium-sized towns, while in villages it is very large – 47 per cent – most of them being agricultural workers.

The estimate of such daily wage-earners is about 27 per cent in the city of Delhi. These 27 per cent constitute a very large number, given that the population of the greater Delhi area is almost 20 million. Many of these migrant workers have hardly any funds left after not being able to get any gainful work for the past several days since the lockdown began, and wanted to go home to their villages hoping that they would somehow manage better given the greater social bonds and community living in villages, compared to the big cities.

But besides these daily wage-earners, who have no savings to meet such a situation, Indians largely don’t have a very good saving capacity from whatever they earn. In a study conducted by CSDS, only 15 per cent of adult Indians accepted being able to save from their earnings after meeting all their household needs, while another 32 per cent agreed that they earned well, and were able to meet all their family/household needs, but were unable to save, though overall they don’t face any difficulty in life.

But a very large proportion (50 per cent) of Indians accepted having varying degrees of difficulties in meeting their family/household needs from whatever they were able to earn.

Even if we accept some under-reporting in these responses, these figures indicate daily wage earners don’t have any savings which would allow them to buy food and other necessities beyond a few days if their daily wages get stopped.

Despite the Centre and various state governments giving assurances on arranging food and accommodation, large numbers of poor migrants still want to go “home” – largely due to the uncertainty around the lockdown – with no one quite sure when things might improve.

No one will really deny that a lockdown was the only effective option for creating “social distancing”, which is possibly the best way of handling the coronavirus crisis. And while the closure of markets, schools, colleges and universities, public transport, offices and similar such public places has helped to implement the policy of social distancing, it is also true that in many Indian homes “social distancing” is easier said than done.

Data from Census 2011 suggests that 37 per cent of Indians live in a one-room house/dwelling, while another 32 per cent live in a two-room house/dwelling. While by definition these could be categorised as one-room or two-room dwellings, a glimpse of some of these in our bigger cities or small towns would show that a large majority of them could be better described as huts or jhuggis. With an average family size of five or six members per dwelling, especially among the poor and lower income families, living in one of them would leave “social distancing” only on paper and not in practical reality.

The Census 2011 had also highlighted that four per cent of Indians do not have any house or dwelling at all, and live under the open sky. In a complete lockdown situation, when everyone has been asked to remain indoors, the big question remains for these homeless: Where to find a roof to live under?

The answers to some of these questions are not easy, and there are very few options to be exercised while handling such emergencies. Often, one does not know which one to exercise and which one not to implement. But these experiences give us an opportunity to think and plan ahead for handing any major crisis in the future. At the moment, though, we must all come together in this fight against the coronavirus.