Dev 360 | Pandemic on the rise: More questions than answers

Meanwhile, India’s official Covid-19 tally has crossed the 19-lakh mark; and the death toll is close to 40,000 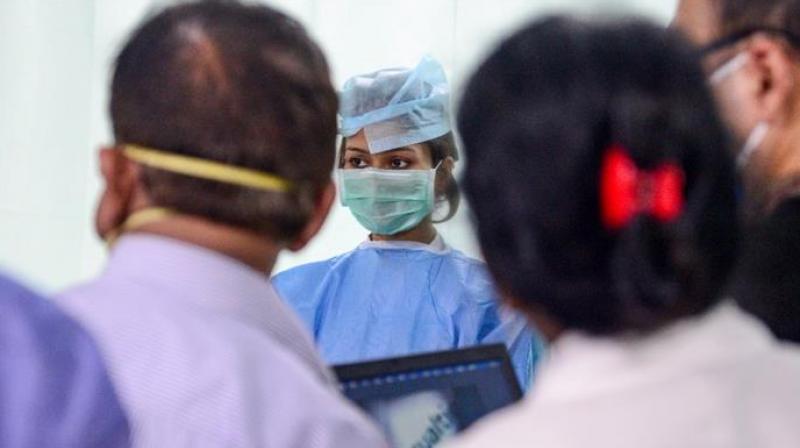 Is the coronavirus seeping into every faultline in this country?

The honest answer is: We don’t know.

Six months into the pandemic, there are more questions than answers about the virus. No one really knows how many Indians have been infected by the new coronavirus, nor how many have died. Perhaps we will never know because so many are asymptomatic and there are cracks in our death registration systems.

This week, a young copywriter told me that his father had died of Covid-19 but the family had managed to persuade the hospital authorities into changing the cause of death into something else because they wished the body to be cremated traditionally.

There are masses of data swirling around.

According to government data, a cumulative total of 2,14,84,402 samples had been tested till August 4. At 2.10 per cent, India’s Covid-19 case fatality rate since the first lockdown is low compared to the global average; 50 per cent of deaths have happened in the age group of 60 and above; 37 per cent deaths belong to the 45-60 age group; 11 per cent deaths belong to the 26-44 years age group; while 68 per cent of people who died were men and 32 per cent were women.

The government says 28 states/Union territories show a Covid positivity rate below 10 per cent, and this indicates that the testing strategy is on the right track.

But the numbers we have don’t tell the whole story.

Dr Hemant Shewade, a Bengaluru-based community medicine expert tracking the discourse around Covid-19 data in India points out that nationally, only 86 per cent deaths are captured by the civil registration system and only 22 per cent are medically certified for cause of death.

The Medical Certification of Cause of Death is not enforced in every state with equal efficiency. So far, it has been implemented only in certain hospitals and mostly in urban areas.

This can give a very skewed picture even now, when there is a parallel system of Covid-19 death reporting (which are compiled by the district administration and shared with the state government and then with the Centre).

“There is a high possibility of the official Covid death figures coming from Covid-designated hospitals where only confirmed Covid cases, those suspected of having Covid  and who reach the Covid hospital in an extreme condition are factored in,” says Dr Shewade.

Not all states are equally equipped in terms of health and diagnostic infrastructure and human resources. Where testing is very low, and where medical certification of cause of death is low, it is likely that there will be a gross under-estimation of Covid-19 deaths.

For example, Bihar, which has a population of over 120 million, has the lowest testing rate in the country, a mere four tests per 1,000 persons. This means a large number of cases may be going undetected.

There are other gaps in the data which impede our ability to understand the pandemic’s trajectory. The data on Covid-19 tests in India doesn’t make clear the distinction between the number of samples being tested and the number of people tested.

There is also no official disaggregated data for every state on the RT-PCR tests (gold standard of coronavirus testing) and rapid antigen tests, says Dr Mohak Gupta, now part of the iCART Covid-19 research team and creator of www.covidtoday.in, an open source project tracking India’s statewise progress against the Covid-19 epidemic.

Only a few states like Tamil Nadu, Karnataka and Delhi share this information publicly but there are no updated national figures. We don’t know how many among those who have antigen tests go for a follow-up RT-PCR test and what the results are.

We also don’t have statewise gender-disaggregated data on Covid deaths in any official portal nor the breakup between deaths in rural areas and those in urban areas.

Dr Gupta points out that there is scant contact tracing data so we don’t have a granular picture of how and where the virus is spreading, and stresses the need for real-time hospitalisation data and influenza-like illness (ILI) surveillance data in the public domain.

Then there is fear, which prevents insiders from coming forward to tell the truth.

“Unfortunately, there is no law in force that encourages potential whistleblowers in the public sector to bring complaints of corruption and wrongdoing to the attention of the competent authorities. Nor is there any mechanism to protect a whistleblower from reprisals for pointing the finger at wrongdoing. An available recourse is to make complaints to the lokayuktas. Hardly any parent law of such bodies empowers them to protect whistleblowers. The only remaining option is to move the courts directly, which few would want to do given the length of time it takes to get a conviction,” says Venkatesh Nayak, programme head of the Access to Information Programme of the Commonwealth Human Rights Initiative.

As for whistleblowing in the private sector, the extremely limited provisions in the 2013 Companies Act or the Limited Liability Partnerships Act don’t inspire much confidence in potential whistleblowers, says Mr Nayak.

There is also no mention of whistleblower provisions in the laws governing societies and trusts, which are of colonial vintage.

“It comes as no surprise that doctors and nurses working in entities regulated by any of these laws continue to suffer in silence or at the most make complaints through official channels at considerable risk to themselves and their careers. The only remaining option is to go on mass strike, as is now happening in Zimbabwe. However, the government will clamp down on such legitimate protests by invoking the Essential Services Maintenance Act or draconian provisions of the Disaster Management Act,” he adds.

Succesive governments have pushed the six-year-old Whistleblowers Protection Act under the carpet without bringing it into force despite repeated reminders from civil society and the media.

Telling the truth has never been easy. However, there are those who persist. As Mr Nayak points out, despite the restrictions imposed by the Covid-related lockdowns, citizens are using the Right to Information Act to demand details of action by governments to tackle the epidemic. But delays and refusals are common as are attacks on RTI activists.