There are more mundane applications as well, of course, and identification chips are already in use. 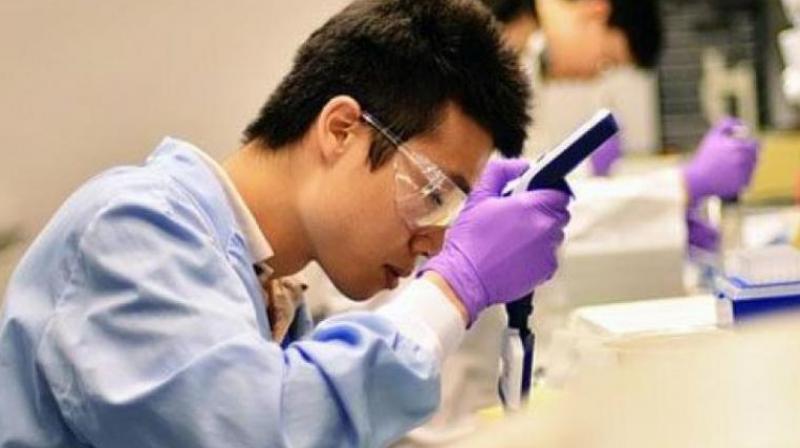 Scientists have already successfully linked the brains of three monkeys, and in a separate experiment, joined the brains of four rats, allowing them to solve a problem that individual rats struggled to complete. (Representational Image)

Karachi: What if you could edit your genetic code as easily as you can edit a sentence you write on Microsoft Word… would you do it? And if so, how far would you go? In the near future, that will not be a hypothetical question as the first major step towards successful gene editing has already taken place.

Scientists in the US have now revealed that they have for the first time edited out a dangerous genetic mutation that causes heart disease from a human embryo using a revolutionary gene-editing technique called CRISPR. Last year, China became the first country to use this technique to attempt to cure lung cancer in a human; previously CRISPR has been used to develop TB-resistant cows.

Due to US regulations, which strictly bar allowing edited embryos to develop into babies, none of the embryos were allowed to develop for more than a few days. However, the test has paved the way for a future in which we may not only see genetic disease eliminated, but also the ethically questionable creation of “designer babies” and, eventually, superhumans.

Welcome to the “posthuman age” that promises wonders and terrors in equal measure. Take cyborgs. It now seems inevitable that some kind of integration of man and machine will increasingly be the norm; in many ways it’s already happening. Pacemakers have been used for decades, as have cochlear implants.

Britain’s National Health Service has also okayed the implantations of the Argus II bionic eye which can restore sight in some cases of blindness, and more recently people with severe spinal injuries resulting in paralysis have been able to regain the partial use of their limbs thanks to computer chips implanted in their brains.

In another experiment, a man paralysed from the waist down was able to control a robotic arm thanks to electrodes implanted in the brain, and actually feel what the robotic arms was grasping. Taken further, brain implants aimed at repairing or enhancing memory can also help patients suffering from Alzheimer’s — and work in this field is advancing at a rapid clip.

There are more mundane applications as well, of course, and identification chips are already in use.  Naturally, corporations are getting into the game as well, and one company in Wisconsin has implanted “rice-sized microchips” in its employees’ hands which perform the functions of office entry cards and computer logins.

Employees can also receive payments via the chip. While this would certainly ease many routine office activities, the question does arise as to how much data the company may potentially be able to extract and how secure those chips would be to outside interference.

However, once Elon Musk’s Neuralink project is complete, such chips will seem mundane: Musk intends to inject a mesh into our brains allowing humans to directly interact with, and even control, machines and eventually even communicate mind to mind. If that’s not enough, note that steps are also being taken to create a human “hive mind” by linking the brains of individuals to create a “superbrain” with enhanced cognitive abilities.

Scientists have already successfully linked the brains of three monkeys, and in a separate experiment, joined the brains of four rats, allowing them to solve a problem that individual rats struggled to complete. Human trials are only then a matter of time, and will eventually define the meaning of “brain trust”.

Meanwhile, one field worth keeping a close eye on is nanotechnology — the engineering of materials and devices on a molecular scale. Technologists anticipate a future in which swarms of tiny robots will be injected into human beings, working to fight diseases like cancer, actively repairing cells and clearing clogged arteries and even enhancing human abilities by providing us with enhanced lifespans, vision and strength, even allowing us to survive in otherwise inhospitable environments.

Just last month, another major threshold was crossed as scientists came a step closer to being able to grow replacement organs for humans by using stem cells implanted in host animals, and now there is research being conducted on enabling humans to re-grow limbs and organs in the way that some reptiles are capable of doing.

Ultimately, how much of this research makes it to the public at large depends less on scientific advancement as it does on ethically driven regulations and laws, which will likely fall by the wayside as nations race to achieve leadership in the biomedical field. What is certain now is that we are entering an era where we will be able to, at least partially, dictate the course of our own evolution.