Opinion   Columnists  08 Jun 2017  In a changed India, can Cong reinvent itself?
Opinion, Columnists

In a changed India, can Cong reinvent itself?

The only official statement that came out of the meeting was with regard to the organisational election schedule. 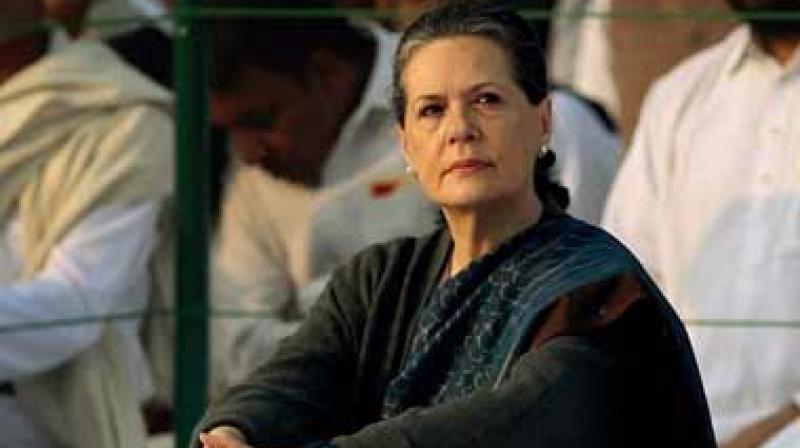 The Congress is the favourite whipping boy of not just the ruling BJP, but also of the anti-BJP brigade. Everyone who is angry and unhappy with the BJP’s success blames the Congress for it. It appears that the Congress cannot do anything right. The meeting of the Congress Working Committee (CWC) on June 6 evening became yet another example of the party’s exemplary ineptitude.

The only official statement that came out of the meeting was with regard to the organisational election schedule. The reported remarks of Congress president Sonia Gandhi on the BJP’s divisive politics and that of former Prime Minister Manmohan Singh on the economy are almost off the record.

The Congress has its own bureaucratic ways of doing and saying things, which is officious like that of a government and sometimes like that of the old Communist Party of the Soviet era. There is a tendency in the party to think and behave like a government does, which is not helpful for a political party in a democracy, specially in the 21st century.

But the party is not as hidebound as it projects itself to be. It is a party with enough diversity. There is a claim made by many Congress folks that theirs is really a democratic party, and they do not all hold the same opinion, and there is a clash of ideas. We all know of the clash of personalities and not very much about the clash of ideas. Of course, this invites derisive laughter from one and all, and perhaps justifiably so. But a closer examination of the inner thinking — yes, there is quite a bit of thinking, however shallow which is inevitable in a political party — reveals an interesting configuration which is anything but uniform.

The Congress has been a divided party on the issue of economic liberalisation. Most of the party faithful hated Dr Singh, P. Chidambaram and others for their pro-market views. And they do not hate P.V. Narasimha Rao as much as they claim to hate him for the fiasco of the Babri Masjid demolition because they are realistic enough to understand that the Congress found itself in a difficult situation and its collective cunning was not enough to come out of it unscathed.

In the inner party discussion that followed the 2014 Lok Sabha election defeat, some of the Congress members felt that it was necessary to adopt the RSS structure of disciplined cadres and that would be the way to fight the BJP. (So, when party vice-president Rahul Gandhi says that he is reading the Upanishads and the Gita in order to fight the RSS and the BJP, then he is only airing one of the many things that is passing through the mind of a Congress party member.) Then there is the thought of senior Congress leader A.K. Antony who had said that minority-ism is costing the party dear. There is ruthless realism at the heart of this all. Is it democracy? It may not serve as a qualifying test for being a democratic party, but it does show that the party members are trying to make sense of the poll debacle and how to counter it.

The other interesting response of Congress leaders to the electoral drubbing from 2014 onward was to adopt the attitude of unflappability. “In a democracy, you cannot expect the Congress to be in power for ever. We had been in office for 50 to 60 years. Let the others have a chance to rule as well. If the BJP is in power for 10 years it does not spell the end of the Congress,” said one of them. It could be the answer of a poseur, who does not want to show the disappointment and desperation welling up from inside. But there is the voice of the experience that the party will not always taste success and that it must know how to cope with defeat. So here is a party that is unlikely to fade away because it has lost elections. No political party does. The BJP and the Communists did not.

The question that political pundits pose is: Will the Congress rise from the ashes like the legendary Phoenix? Has Mr Gandhi in him to lead the party to victory in 2019, or even in 2024? Is it necessary to bring in Priyanka Gandhi Vadra to infuse the charisma that Mr Gandhi seems to be lacking? These are indeed simple, useful and relevant questions of the hour. But they do not tackle the real issue whether the Congress is geared to lead a changed India. And it is a question that even Congress leaders seem hesitant to face.

The India that has voted Narendra Modi and the BJP to power at the Centre in 2014 is an India that has emerged from the crucible of national politics led by the Congress. The Congress had changed as much as the country. Its family-fixation has been a tried-and-tested ploy, which has served it well enough. And apart from the inveterate Congress baiters, the Nehru-Gandhis are not the real problem of the party. The problem is about the Congress aligning itself with a country it has shaped through its politics of omission and commission.

It is not just Mr Gandhi who is unable to respond to the issue. The entire leadership of the party remains uncertain and unprepared. Dr Singh was reported to have said as an aside that the Congress had stopped thinking. As a matter of fact, the BJP is not doing any better. Its electoral victories provide the smokescreen for its intellectual bankruptcy.

India is in a state of uncertainty and confusion. Political parties are mirroring it. It can be seen more clearly in case of the Congress, more than in the BJP. The political ennui in the Congress is symptomatic of the state of the country. The BJP’s vacuous propaganda does not offer a meaningful alternative to a dilapidated Congress.