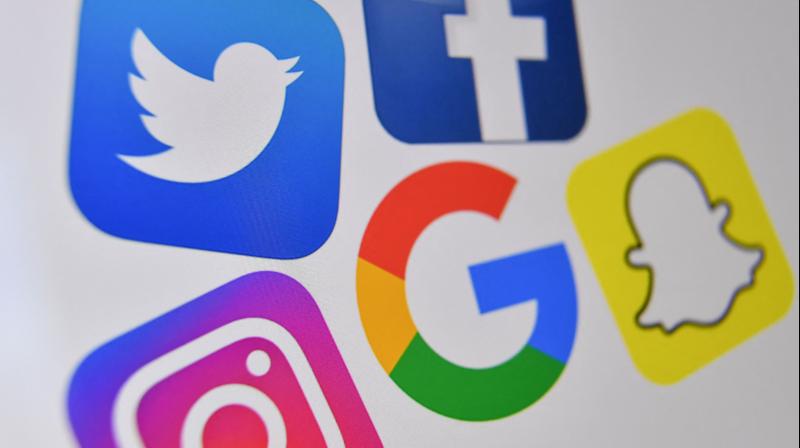 The billions of tax dollars avoided by multinational e-commerce, whilst feeding off the commercial data generated by their customers, often without explicit permission and without compensation and we have a fishbowl of growing global inequity. (Photo: AFP)

Social media — the use of online platforms, as substitutes for old style, high-touch, physical contact formats like newspapers and one-on-one meetings — is now near ubiquitous, boosted greatly by the pandemic.

The ebb and flow of advertising revenues best illustrates the media preferences of customers. Digital marketing accounted for more than half the $530 billion global advertising spend in 2020, up from just under two per cent in 2000, growing faster than television ever did (Financial Times).

One driver for the dramatic switch in audience preferences could be that mainstream media — newspapers, radio and TV — tend to patronise the recipient, being top-down and unidirectional. Social media, however, empowers the user by making them essential participants in media creation, in a manner, unmatched by the tamer mainstream options of writing letters to the editor or being in the audience of TV shows.

It is not very empowering to be a couch-potato, a passive recipient of TV or radio news and entertainment, with no room for “self-expression”, except to change channels, much like dissatisfied voters do quinquennially.

Social media, in contrast, encourages you to create content and share it publicly, to be listened to, read, seen and appreciated. You can do your stuff on Facebook, LinkedIn, YouTube, Instagram and Twitter or Koo — comedy, fashion, disseminate gyan, list your professional achievements, cook, sing, make music, teach and mentor like Khan, sir of Bihar, coach, share your art, your writings, your magic, comment on anything under the sun or support #Hashtagged global causes, followed by the expectant, anxious wait to get your efforts acknowledged and the rush of joy, when inundated by “likes”.

Nearly 4 billion out of the 7.7 billion global population is hooked onto the net and 54 per cent of the traffic is via mobile phones. This number can only grow. Only infants and the 900 million poor — who earn less than the World Bank’s PPP $1.9 per person per day poverty line and whose numbers have increased during the pandemic, are likely to remain excluded.

Digital connectivity is the next “lifeline”, after electricity, as digital interface becomes the norm, the opportunities for physical contact dwindle and digital lockers become the only safe storage for Aadhar, BPL cards, bank details, medical Insurance — proof of the new-age identities, necessary for accessing social services.

A story best illustrates the point. A nanny from three decades ago, recently turned up where we used to live. Her son was covid positive and needed medical assistance. She had a medical insurance cover. But the hospital wanted a deposit of Rs 30,000 which she did not have. So, she went looking for help to her previous employers. We had moved long ago. But the new occupants were good enough to call and tell us. Another family, for whom she had worked, told us they helped her with some ready cash. But she had left no contact number. All we could do was to wait for her to call. But she never did. Maybe, with her son incapacitated, she lost her only digital connect with the world — her son’s pre-paid phone. When every minute mattered, her only option was to walk about begging for money, oblivious of all the available crowd-sourced initiatives for help and the many charities providing covid relief.

Add to that, the use of social media for narrow political ends without regard for social harmony. The disproportionate market power digital commerce endows, on a few companies. The billions of tax dollars avoided by multinational e-commerce, whilst feeding off the commercial data generated by their customers, often without explicit permission and without compensation and we have a fishbowl of growing global inequity.

This was not where the Internet was headed, way back in 1974, when the first Internet Protocol Suite was written. Nor was a world splintered by digital privilege, the intention in 1997, when the first social media platform — Six degrees — launched. Back then, the idea was to shrink the world, lift people and institutions to their fullest potential. Like Alice, we stepped through the looking glass. It is time to look back.