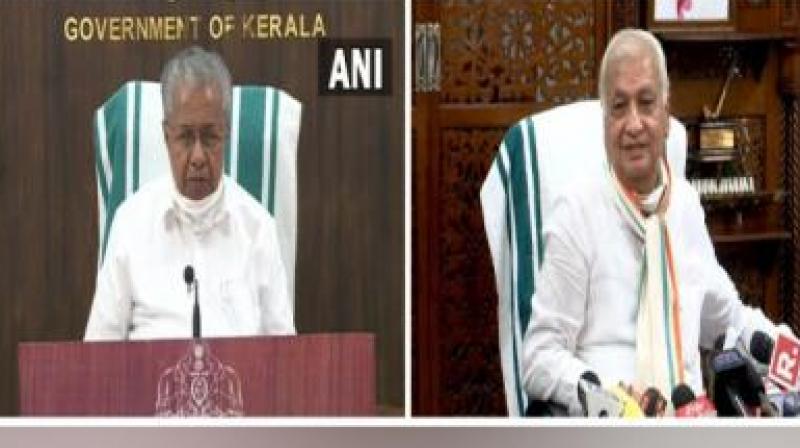 The ongoing power tussle between Kerala chief minister Pinarayi Vijayan and governor Arif Mohammed Khan is inevitably affecting the babus. The Vijayan Cabinet recently expressed displeasure at the manner in which a senior babu of the state pointed out certain flaws in the draft bill that seeks to remove the governor as the chancellor of universities in the state.

Agriculture secretary B. Ashok apparently pointed out that the file containing the draft did not mention the reason for the withdrawal of the governor’s power as chancellor in the introduction. Sources have informed DKB that the peeved government has asked state chief secretary V.P. Joy to convey its displeasure to Mr Ashok. Hopefully, the matter will rest here, though it is surprising that Pinarayi took offence at a babu’s helpful intervention.

With the Vijayan and Khan feud showing no signs of letting up, no doubt many IAS and IPS officers will get stuck between the two. The current round of jousting is around Mr Vijayan’s allegation about nepotism in the Raj Bhavan over appointments to posts in the universities. Meanwhile, in a related development, the Kerala high court dismissed a petition which sought the court’s intervention to ensure that the governor signs bills without delay. Babus, meanwhile, are walking a tightrope trying to ensure that they are not seen in either ‘camp’.

The Modi Sarkar is noted for unusual and disruptive interventions in administrative matters. Normally, the government never publishes the list of officers who are denied empanelment. However, when the list of IPS officers from the 2003 batch who were appointed to inspector general or equivalent posts was published recently, it also included a separate list of IPS officers who did not make the cut. Babu observers have informed DKB that this is surely the first time that the list of officers whose names have not been approved for empanelment has been made public.

The list contains the names of 45 IPS officers of various cadres who have been empanelled and 18 officers who were not. The list includes two officers each from AGMUT, Assam, Nagaland and Rajasthan cadres and one each from some other cadres.

Babus are unsure about the intent and objective of the Centre in releasing this list of names, but obviously, there are implications. One could be that the government wants to send a signal to officers that they will have to make serious efforts to attain eligibility for empanelment. Beyond this, if there are other objectives these will become clearer over the weeks and months to come.

Recent incidents of firing on the Assam-Meghalaya border have highlighted the five-decade-old border issue between the two northeastern states. But it has also revived the demand for a separate cadre for Meghalaya. In a recent visit to Delhi, chief minister Conrad Sangma pressed Prime Minister Narendra Modi and Union home minister Amit Shah for bifurcation of the Assam-Meghalaya cadre for IAS and IPS officers.

However, as tempers run high between Meghalaya and Assam governments over the contentious border issue, the longer the Centre avoids dealing squarely with the conflict the more complex the situation will become, which does not bode well for the troubled northeast region of the country. Administrative convenience usually fails to cut the ice when pitted against ethnic faultlines and sentiments of the affected people.