Biden inherits. In a piece in the Foreign Affairs magazine in spring, Biden stated: “It is past time to end the forever wars.” 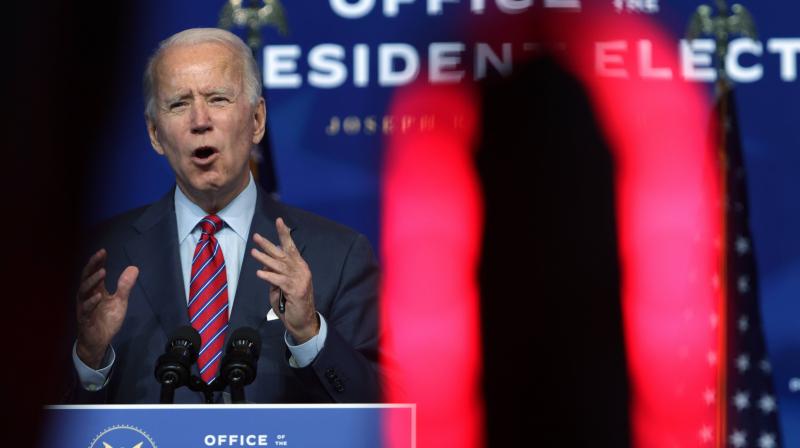 In the wake of the September 9, 2001, terror attacks on the US, President George W. Bush greenlighted Operation Enduring Freedom on October 7, 2001. The avowed aim was to rid Afghanistan of the Taliban and Al Qaeda. For 17 months the then American Administration under the Bush-Cheney-Rumsfeld combine relentlessly pounded that war devastated country from air and land even as a bulk of the Taliban and Al Qaeda leadership escaped to Pakistan and even Iran where they were sheltered by the respective deep states of both these nations.  Black sites, waterboarding, rendition and Guantanamo Bay were some of the new words that entered the everyday lexicon of people around the world.

On March 20, 2003, the United States of America invaded Iraq and soon Afghanistan became a sideshow for the Bush Administration. By the time Bush demitted office in January 2008 the number of US troops in Afghanistan were 47,000 in number. They were supplemented by 50,000 additional Nato troops and 70,000 personnel of the Afghan national army. However, the mission had not gone according to plan. Despite a civilian administration under Hamid Karzai  assuming office on December 22, 2001, the hold of the Afghan government and the coalition forces on Afghanistan was at best tenuous.

Barack Obama inherited the war. Even as a Democratic presidential nominee Obama had visited Afghanistan on the 19th of July, 2008. He made a distinction between the United States’ involvement in Iraq and Afghanistan by terming the latter as a war of necessity. In February 2009, Obama increased the number of US troops by 21,000 that included 4,000 military trainers. Ten months later, bowing to pressure from the Pentagon and the ground commander in Afghanistan, General McChrystal Obama announced a surge of 30,000 troops in Afghanistan, bringing the total number of US troops deployed to a hundred thousand. Forty thousand Nato troops, additionally, were already serving their tours of duty in that country.

However, the situation did not stabilise and the Taliban kept on gaining ground. While its grip on the country side kept waxing and waning but on the whole its influence increased.

On December 28, 2014, the United States and Nato ended their combat missions in Afghanistan and commenced Operation Freedom’s Sentinel (OFS) and the Nato-led Resolute Support. The objectives of both these missions were narrowly defined, namely to conduct counterterrorism operations targeting terrorist groups like Al Qaeda and its local ISIS affiliate, as well as focusses on building up local Afghan security forces to help fight the Taliban. However, this recalibration was nothing more than a fig leaf to create the illusion of an honorable exit. The fact being that the Taliban continued to hold sway over much of the countryside.

Obama handed over the Afghan war to Donald Trump who during his 2016 election campaign had heavily critiqued the continuing US presence in Afghanistan. However on the 21st of August of 2017, in the eighth month of his Presidency he declared at Fort Myer: “I arrived at three fundamental conclusions about America’s core interests in Afghanistan. First, our nation must seek an honorable and enduring outcome worthy of the tremendous sacrifices that have been made, especially the sacrifices of lives. The men and women who serve our nation in combat deserve a plan for victory… Second, the consequences of a rapid exit are both predictable and unacceptable. 9/11, the worst terrorist attack in our history, was planned and directed from Afghanistan because that country was ruled by a government that gave comfort and shelter to terrorists. A hasty withdrawal would create a vacuum that terrorists, including ISIS and Al Qaeda, would instantly fill, just as happened before September 11th. Third and finally, I concluded that the security threats we face in Afghanistan and the broader region are immense. Today, 20 US-designated foreign terrorist organisations are active in Afghanistan and Pakistan — the highest concentration in any region anywhere in the world.” He added another 4,000 troops to the by-now-depleted US presence in Afghanistan that stood at 8,400 post the 2015 winding down.

However Trump realised that things were not working out. A year later, on September 21, 2018, he appointed Ambassador Zalmy Khalilzad as the American Special Representative for Afghanistan reconciliation to try and broker a deal with the Taliban. On February 29, 2020, Khalilzad and Mullah Abdul Ghani Baradar signed the agreement for bringing peace in Afghanistan in Doha. It was followed up with the intra-Afghan talks between the government in Kabul and the Taliban that began on September 12 to map out a political role for the latter. However, they are bogged down over procedural issues as yet with a huge trust deficit to bridge especially between the women of Afghanistan and the Taliban.

Concurrently, violence levels, rather than decreasing, are only escalating. At least 369 pro-government forces and 212 civilians were killed in Afghanistan in October 2020 marking the highest civilian death toll in a single month since September 2019 with the US also launching air strikes in the Helmand Province and Donald Trump threatening to bring the bulk of the US troops home by Christmas both from Iraq and Afghanistan.

This is the situation that Joe Biden inherits. In a piece in the Foreign Affairs magazine in spring, he stated: “It is past time to end the forever wars.” However, it is easier said than done for if Biden sticks to the Doha exit plan to bring the number of US troops down to 2,500 with the Taliban not keeping its end of the bargain it is doubtful whether the Ashraf Ghani government would be able to hold up. All the blood and treasure that the US has expended would go down the tube with the clock being turned back to 2001. The Taliban and its mentor Pakistan will have the last laugh while a child born in 1979, who for the last 41 years only knows conflict as the new normal, the last weep.