Since two Hindus have filed the complaints, it would be pertinent to ask: Is Hindu culture really so prudish? 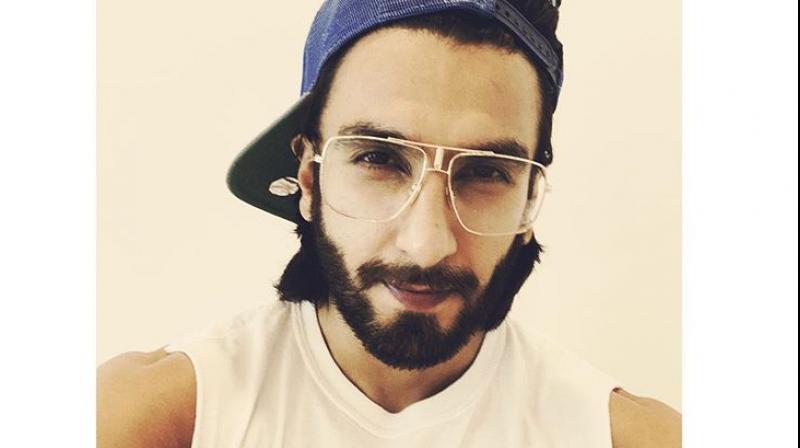 Actor Ranveer Singh’s recent bold photo shoot for Paper magazine has led to FIRs being registered against him. One Lalit Tekchandani, who runs an NGO called Shyam Manoranjan Foundation in Mumbai, has complained that these photos have “hurt the sentiments of women in general and insulted their modesty”. The FIR adds that India has a “good culture” and such photos harm it. A Mumbai lawyer, Vedika Chaubey, has filed a similar FIR.

Since two Hindus have filed the complaints, it would be pertinent to ask: Is Hindu culture really so prudish? Hinduism must be one of the most pragmatic and balanced religions of the world. In the Hindu world-view, the four highest purusharthas or goals of life are dharma, artha, kama and moksha. Collectively, they emphasise a balanced view of life, based not on arbitrary or unrealistic exclusion, but of inclusion in proportion, so that ultimately an individual could attain, after living a full life, peace and happiness, which is moksha.

The inclusion of kama among the four highest purusharthas is hardly indicative of Hindus being squeamish about sensuality. Kama, the god of love, akin to the Greek Eros, or the Roman Cupid, has been exalted in a hymn of the Atharva Veda as a supreme god and creator:  “Kama was born the first.  Him neither gods, nor fathers nor men have equalled.”  The Rig Veda pays similar homage: “May Kama, having well directed the arrow, which is winged with pain, barbed with longing, and has desire for its shaft, pierce thee in the heart.” According to the Taittiriya Brahmana, Kama is the son of Dharma, the god of justice, and Shraddha, the goddess of faith. By another account he sprang from the heart of Brahma, and there are other texts which assert that he is atmabhu or self-existent. The Harivamsha states that Kama is the son of Vishnu and Lakshmi, and this appears to be the more accepted view.

According to the Puranas, Kama was asked by Brahma himself to distract Shiva from his deep meditation by arousing in him amorous thoughts for Parvati. This was necessary because the great demon Taraka could only be destroyed by a son of Shiva, and Shiva could not have a son until he broke his meditation. The Saurava Purana says that when Brahma asked Kama to perform the deed, the latter declared: “There is no hero, no proud woman, no learned man too powerful for me.  I pervade the whole universe, moving and still, beginning with Brahma the Creator.”  In Tulsidas’ Ramcharitmanas, there is a description of the powerful impact of Kama as he made his way to Shiva. Restraint, fortitude, knowledge, renunciation, devotion and wisdom ran helter-skelter as Kama approached; the scriptures hid in the mountains; all creation awakened to his touch; rivers swelled to reach the ocean; rivulets, ponds, creeks sought to merge with each other, trees bent towards each other; even the sanyasis and yogis could not resist his influence.

The story goes that Shiva, angered by the disruption in his meditation, burnt Kama to ashes.  He then requested Parvati to ask for a boon, and she answered: “Now that Kama has been killed, what will I do with your boon?  For, without Kama there can be no emotion between man and woman which is like ten million suns.  When emotion is destroyed how can happiness be attained?” Parvati asked that Kama be brought to life again, and so Kama was reborn, this time, according to the Bhagwata Purana, as Pradhyumna, son of Krishna and Rukmini. Another version is that Shiva said that he could not revive him in the same form as he was before. He agreed, however, to revive him in spirit, formless but still ubiquitous in his influence.

The cosmological acceptance of Kamadeva led to the emotions he personified — love, desire, sensuality — to be given a place among the four highest purusharthas of human life. That is why, all the major gods in the Hindu faith have got consorts, and neither the gods nor the goddesses are described as celibate recluses. That is why too, there is a scintillating sensuality in the arts Kalidasa (fourth century CE), one of the greatest playwrights of Indian literature, had a great deal of sensuality in his works. The verses of Bhartrihari, the philosopher poet of the fifth century CE, were uninhibitedly erotic, as were those of Bilhana, 12th century CE.  The love lore of Krishna, and his ethereal and passionate romance with Radha, inspired decidedly carnal devotional outpourings, triggered by Jayadeva’s Gita Govinda in the 12th century CE, and enthusiastically followed by a whole range of bhakti poets, like Chandidasa, Vidyapati and Bihari.

The same interface between spirituality and sensuality is seen in many Hindu temples, most famously in Khajuraho and Konarak, where there is a profusion of erotic images. The fact that these images are displayed on the walls of a temple is proof that desire was considered in the Hindu world view as a part of the immense canvas of divinity. But this was not a prescription for uncontrolled licentiousness. The sage Vatsyayana, in his book, The Kamasutra, has an imaginary interlocutor ask him: Why do we need this book?  His summarised reply is that if dharma, artha and kama are pursued in proportion, and none in exclusion, they automatically lead to the fourth, moksha. The essential point is that there was a philosophical acceptance of desire, with eroticism as its natural attribute, even as there was no bar on those who wished to overcome desire, with asceticism as it deviational attribute.

It is ironical that the influence of Islamic conservatism, and British Victorian morality of the colonial period, has made the marauding Hindutva ‘moral police’ totally oblivious to their own tradition of the balanced but enthusiastic celebration of desire. They harass young couples in parks to protect their ‘good culture’ without knowing what that remarkable culture is. And, they feel that women are emotionless commodities whose ‘modesty’ they must protect if Ranveer displays his body.