When the disease spreads rapidly in places without urban healthcare, what will come is not difficult to imagine 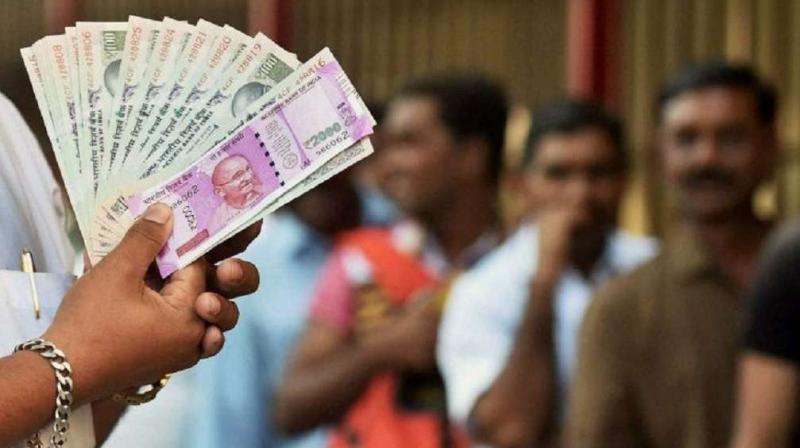 For writers it has become difficult to pick which disaster to write about this week. There are so many. An embarrassment of riches, or actually whatever the opposite of it is.

Let us start with health. On Friday, 22,000 Indians tested Covid-19 positive and over 440 died of the disease.

We are registering 10 per cent of global cases now and are now the third highest in terms of the number of cases. By the end of July we will have 50,000 cases a day, the same number as the United States now does, and 1,000 daily deaths.

By the end of August, it will be one lakh cases a day. At that point, how many doctors will show up for work and how many will be able to is something to consider.

There is no point in thinking about September and October, but consider that the places that are going through the peaks now are Delhi, Mumbai and Chennai, which have the best healthcare facilities in India. When the disease spreads rapidly in places without urban healthcare, what will come is not difficult to imagine.

Let us turn to the economy. India has few high frequency indicators that can tell us the current state of the economy and the change. The best such indicator we have is automobile sales, because at the beginning of each month manufacturers put out the number of units they have sold to dealers.

We can compare the number to the same month last year to see how things are going.

That was before Covid-19, and two months before the lockdown. Commercial vehicle sales, meaning trucks and other transport and cargo vehicles that industry requires, fell from 87,000 units in January 2019 to 75,000 in January this year.

Two-wheeler sales fell from 15 lakh to 13 lakh. Across the middle class, the lower middle class and industry, there is a decline.

After zero sales in April, we should have had a huge bump in May and June, but both months are negative in substantial terms.

There is something that is hurting the Indian economy, and this pain began before the lockdown. The government has not admitted it, though the data is clear, and therefore the government is not doing anything to correct it. The pain will continue, and our economy will suffer.

As if these two problems were not substantial enough, we face the gravest strategic threat of the last two decades. China is bullying us and occupying parts of Ladakh that we used to patrol till March.

We do not know why China is doing this and we do not know what it wants. This government has a former spy as its national security adviser, a position that is usually taken by scholars.

We have a chief of defence staff whose focus has been on the counterinsurgency in Kashmir and was confident that the Line of Actual Control with China was settled. He was wrong. Now we are moving troops to the area from the Pakistan front and rushing to buy new warplanes.

Strategic affairs analyst Praveen Sawhney has reported the reason that the talks with China are taking so long and not progressing. It is that the Chinese want India to acknowledge the current positions that its Army is occupying, meaning a shift in the LAC.

Of course this can’t be conceded by us, but it cannot even be discussed properly because the prime minister has said there is no intrusion, while the defence minister and the external affairs minister have conceded that China has violated the LAC and are on our side. Narendra Modi's visit to Ladakh on Friday was to correct that confusion.

His warlike speech was to confirm that the threat is real and the Chinese need to go back. He has still refused to name China, but perhaps that will come soon as it becomes obvious that we have a long and difficult road ahead to get the Chinese to vacate.

One must say here that we have lost valuable time because of our refusal to accept the reality for whatever reason, whether it is embarrassment or the PM’s image. We could have mobilised support around the world if we had said openly and clearly that China was violating the LAC, but there’s no point in crying over spilt milk.

We still have the opportunity when prime minister Modi goes to the G-7 summit in a few months, though it is not clear if China will have cemented its intrusion by then.

So we have a full-blown epidemic, an economic recession with the highest unemployment in Indian history, and a powerful enemy whose aggressive and offensive actions we did not anticipate.

At the beginning of the year I would have said that the biggest problem in our nation was the fact that the ruling party was trying to divide Indians.

In the long term that remains our primary self-induced worry. But for now, we have to unite to combat the immediate threat to our people and our nation.