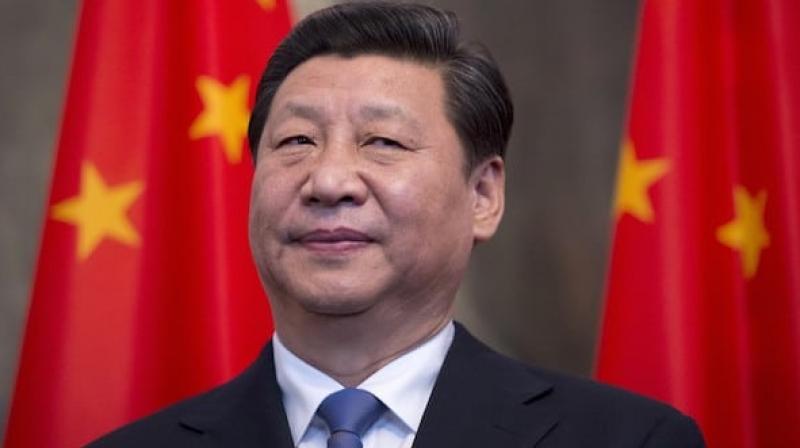 Despite all the best efforts of the Chinese Communist Party (CCP) to whitewash the origin of the deadly Wuhan virus, the facts are in, the jig is up, and everyone knows that President Xi Jinping had Wuhan whistleblower Dr Li Wenliang tortured, muzzled the World Health Organisation and allowed the virus to infect the world.

China is getting hit with trillion-dollar lawsuits, as 40 million Americans have lost their jobs, over 60,000 Americans have been killed, and new polling data shows that nine out of 10 Americans have a “negative perception” of the Chinese government.

But every night on the television news, a parade of the American elite castigate the United States and openly defend the CCP, even as the death toll of their fellow Americans climbs by the minute.

Rachel Maddow, the top-rated news anchor at MSNBC, spews her touted brand of vitriol for US government agencies, spreading disinformation and playing into the CCP’s gameplan of blaming the US for the pandemic.

Microsoft’s billionaire founder Bill Gates just made a disgraceful appearance on CCN where he said the US “reacted poorly” to the pandemic whereas “China did a lot of things right”.

The Asia Society, long a platform for CCP apologists, just hit a new low with a letter signed by numerous dignitaries such as former secretary of state Madeline Albright and Robert Blackwill, a former ambassador to India, saying that America must “address its shortcomings” and “cooperate” with China.

This unholy alliance between American elites and the CCP is crashing on the shoals of reality. The Trump administration is taking measures to stop US financiers from investing a $500 billion pension fund of federal and military retirees in Chinese military companies such as Hikvision, which builds surveillance systems, up and running in the CCP’s massive concentration camps in Tibet and Xinjiang.

This story was deemed insignificant by the New York Times, which publishes full page ads from China Daily every week, as the CCPVirus kills three New Yorkers per minute.

And now we “Tibet People” are getting calls from anguished friends that “you were right… we should have listened”. Being a Free Tibet activist is a long and lonely road. Forget getting booked on TV or hosting a college conference, one call from CSSA the Chinese Students and Scholars Association, and we get shut down, every time. Never mind that the CSSA is a branch of the CCP’s United Front, which “gathers intelligence on, manages relations with, and attempts to influence elite individuals and organisations inside and outside China”.

We have persisted, and we have exposed the CCP’s manifold crimes against humanity  genocide, concentration camps, forced organ harvesting, torture of children. Atrocities that would make a Nazi proud, but which appear to be of no concern to tycoons who shipped millions of US jobs to China, won’t audit Chinese firms on the NY Stock Exchange and assert that the CCP’s “authoritarian capitalism” is a better model of governance than our “messy democracies”.

The CCP’s United Front mission to co-opt US elites has been a smashing success. In 2019 Tim Cook, CEO of Apple, who willingly exploits the slave labour of the Chinese people proffered by their CCP overseers, joined Beijing’s Tsinghua University. In 2017 Bill Gates was elected to the Chinese Academy of Engineering to expand China’s nuclear capacities.

Rachel Maddow’s bosses at Comcast, which owns NBC News, signed major deals with the Chinese government years ago. Harvard and Yale are being investigated for failing to report millions of “gifts” from China  Harvard has accepted over $1 billion from CCP donors, and in 2010 enrolled Xi Jinping’s daughter Xi Mingxie as a freshman, under a pseudonym.

A former admissions officer at Harvard, my alma mater, told me: “If your father is a Chinese Communist you have a better chance of getting into a top Ivy League school than an American kid whose grandfather helped build that school.”

The world is waking up to what the “Tibet People” and our Indian allies have always known the CCP plays dirty and plays to win. Beijing is now crushing Hong Kong without fear of censure or sanction.

Benedict Rogers, founder of London’s Hong Kong Watch, says: “When the Prince of Wales left Hong Kong after the handover 23 years ago he apparently wrote in his journal: ‘Thus we left Hong Kong to her fate and the hope that Martin Lee, the leader of the Democrats, would not be arrested’.

Well now he has, and the CCP has made it clear that it is tearing up its promises to the people of Hong Kong. The world must act quickly before Hong Kong becomes another Tibet or Xinjiang.” Don’t think it’s just Hong Kong at risk of being the next Tibet.

The Davos Gang, which has long exalted Xi Jinping as the “new world hegemon”, is working overtime for their man in Beijing. But we’re ready too whenever Chinese dictators roll into New York, to be wined and dined, we will hoist Tibetan flags and chant: “Which Side Are You On?”