Opinion   Columnists  07 Apr 2021  Patralekha Chatterjee | As Covid-19 spikes, the season of fear is back…
Opinion, Columnists

Patralekha Chatterjee | As Covid-19 spikes, the season of fear is back…

We got here because of complacency, by ignoring early alerts by health experts 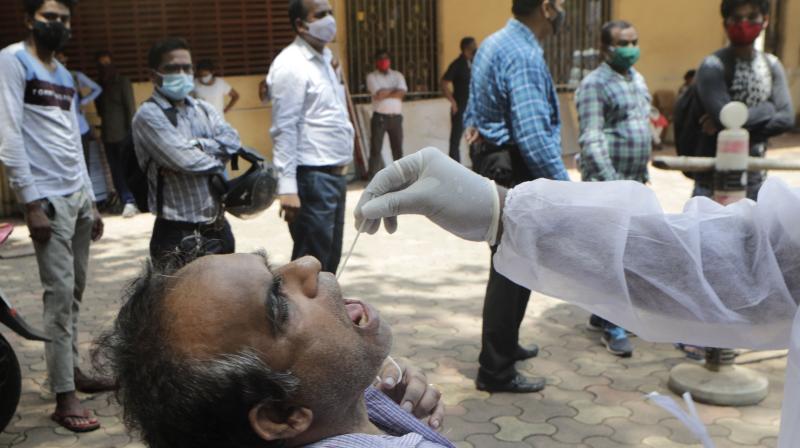 Even as government health advisories tell ordinary people to observe social distancing, avoid big crowds and wear masks at all times, there is ample evidence of many politicians on the campaign trail doing just the opposite. (Representational Photo: AP)

Loss comes in many forms in the time of the Covid-19 pandemic. There is the loss of lives and livelihoods, and then there is the loss of words as we understood them once. The “normal” of yesteryear may never return. And yet, there were flickers of hope as the new year began.

Newspapers were full of stories about the consistent fall in India’s active Covid-19 caseload. Antibody surveys showed that a significant part of the population in major cities -- including New Delhi -- had already been exposed to the virus, raising hopes of a slowing spread. On January 16 this year, India rolled out the world’s largest vaccination drive against the SARS-CoV-2 virus, which causes the Covid-19 pandemic. In the first phase, the priority was inoculating healthcare and frontline workers. Then it expanded to the public, taking age and co-morbidities into consideration. More than 8.31 crore jabs have been given so far. But the season of fear is back.

Infections started to shoot up several few weeks ago, particularly in Maharashtra. Now, the daily rise in Covid-19 cases in the country has crossed 100,000, from 20,000 infections in less than a month. Mumbai, India’s financial capital, is among the 10 districts in the country with the highest number of new Covid-19 cases.

Delhi, the national capital, is not as badly hit as Mumbai as of now, but from this week, night curfew has been imposed on the city. Tier-2 and Tier-3 cities, along with peri-urban areas, have recorded a sharp spike in Covid cases recently; the fear is that the infection may spread from these small towns to rural areas.

Even the Union health ministry is compelled to admit that the recent spike in coronavirus cases in India is spreading faster in the country compared to last year.

How did we get here?

The short answer: We got here because of complacency, by ignoring early alerts by health experts. Part of the problem has also been mixed messaging, and the government’s reluctance to accept and communicate unpalatable truths.

Even as government health advisories tell ordinary people to observe social distancing, avoid big crowds and wear masks at all times, there is ample evidence of many politicians on the campaign trail doing just the opposite. One telling example: Assam health minister Himanta Biswa Sarma, who recently said there was no need to wear masks in the state as there was no coronavirus there anymore.

Even as one writes, huge crowds continue to gather at election rallies in many states as well as at religious gatherings.

How did we slip up?

Prof. Bhramar Mukherjee, a biostatistician at the University of Michigan in the United States, who has been tracking India’s coronavirus outbreak, told me she had tweeted about the uptick on February 18. But when she mentioned this to her close family and friends at that time, they thought “I was crying wolf”, she says.

“The public sentiment that Covid is no longer an issue, with even the more cautious people letting their guard down, has certainly contributed to this aftermath,” says Prof. Mukherjee. She also points out that the serosurvey results gave a false complacency and a false sense of security, thinking that we are nearing infection-induced herd immunity.

“Taking advantage of the valley of the virus curve, we needed to accelerate the vaccination drive while case counts were low instead of relying on ephemeral infection immunity.”

Prof. Mukherjee is not the only one who was warning against complacency. In February, many of India’s leading epidemiologists, like Dr Giridhara R. Babu, were flagging the need to keep the focus on detection of Covid cases and clusters in the community. Dr Babu also listed some of the imperatives at primary health centres -- testing needed to be available, ditto for notification within 24 hours, quick contact tracing, genomic sequencing of clusters and vulnerability assessment. “The number of deaths occurring in hospitals should be reported daily. The number of Covid-19 deaths occurring in the community should also be reported daily and reviewed regularly at different levels,” Dr Babu tweeted on February 23.

Although it is late, identifying excess deaths earlier can save more lives. Instead of addressing these important but active containment efforts, the tendency is to push often passive mitigation measures such as lockdowns, seal-downs and curfews, he had pointed out.

Now, we are hearing a lot about new variants of the virus, but how closely are we tracking them?

Arguably, the biggest challenge of this pandemic is negotiating the sea of unknowns. But even so, many things could have been done, say experts.
“We could have started intensified vaccination and ring vaccination in high transmission areas as an exception to the general 45+ or 65+ rule followed for the rest of the country,” says Prof. Mukherjee. Ring vaccination is where you vaccinate the surrounding “ring”, or circle of interaction of anyone who is infected or tests positive. This includes people who are not eligible by the age-based criterion.

What is the road ahead?

“Vaccination is one of the strategies, but it is not the only strategy. We should have three-four strategies working in parall. After we give the vaccine, the adequate antibody response will take a few weeks. Second, along with vaccination, we need an aggressive testing, tracking and isolation policy. Six months ago, it was being done very aggressively by states, but we have now become lax. If a person tests positive, no one really goes and checks who they have come in contact with, and we fail to break the chain of transmission,” Dr Randeep Guleria, director of the All India Institute of Medical Sciences, recently told a national newspaper.

There is an obvious need to identify areas where surges are taking place, develop them into containment zones, test everyone in that area, isolate those who are positive, quarantine those who have come in close contact with patients and test them after five to seven days, and not allow people from that area to go to another area, as Dr Guleria suggests.

See-sawing between laxity and lockdown is not a solution. It will destroy both lives and livelihoods. We need to accept that even in the post-inoculated world, our public health systems have to remain on high alert for the foreseeable future. “The history of infectious diseases tells us that outbreaks can happen even after a high degree of vaccination. You have to track each case and contact trace,” as Prof. Mukherjee points out.