Opinion   Columnists  07 Apr 2021  Dilip Cherian | At last PESB has a chief; she has her task cut out
Opinion, Columnists

Dilip Cherian | At last PESB has a chief; she has her task cut out 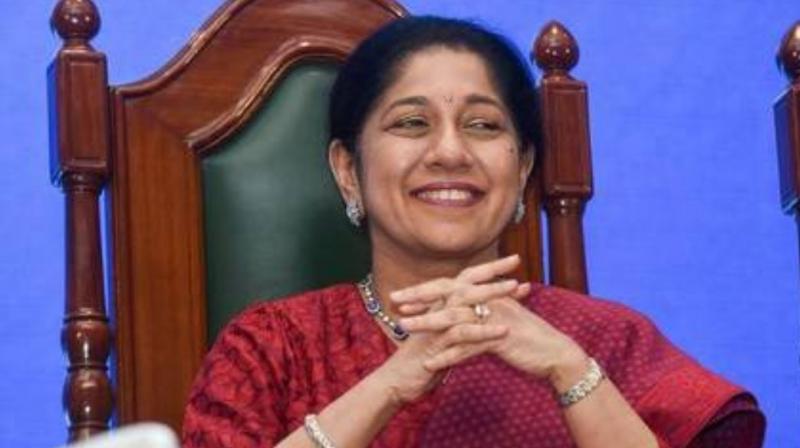 Mallika Srinivasan, chairman and MD of tractors and farm equipment (TAFE), is the first private sector specialist to be appointed as the head of PESB for a three-year term. (Image credit: Twitter)

After six months, the government finally moved and appointed the new chairperson of the Public Enterprises Selection Board (PESB). Mallika Srinivasan, chairman and MD of tractors and farm equipment (TAFE), is the first private sector specialist to be appointed as the head of PESB for a three-year term. Hopefully, her appointment will now end the delayed crucial appointments to top management posts in central public sector enterprises. Her fixed tenure should also end the “revolving door” policy seen in recent times — the PESB has seen five chairmen in the past five years!

The Narendra Modi sarkar was likely spurred into action after the Parliamentary Standing Committee on Personnel, Public Grievances, Law and Justice, recently passed adverse comments on the government’s failure to fill the top positions in the PESB. Further, the committee had noted “with anguish” the abysmal number of women in public enterprises. It has sought to know from the PESB whether this is due to the absence of competent women aspirants or the glass-ceiling effect. Ms Srinivasan’s appointment is the government’s answer to that.

Among the first things Ms Srinivasan will have to deal with is reporting to the parliamentary panel about the number of vacancies and also supply reasons why these posts have not been filled. Apparently, as many as 135 posts of CMDs and directors have not been filled for more than six months to a year. And with several CMDs set to retire during the year, the number of vacancies is likely to grow unless quick action is not taken. Ms Srinivasan will have to hit the deck running!

Perturbed by the prolonged delays in finalising disciplinary cases, a parliamentary committee has recommended to the Central Vigilance Commission (CVC) exploring the feasibility of holding the concerned authorities answerable for inaction or delayed action. The committee has also asked the department of personnel and training (DoPT) to provide funds to the CVC for strengthening its surveillance capabilities and database.

In its report to the panel, the CVC had come down heavily on the central board of direct taxation (CBDT), the central board of indirect taxes and customs (CBIC) and the railways, among others, for delays in pursuing vigilance cases. According to the CVC report, out of the 3,371 cases received in 2020, the commission disposed of 2,717 cases by way of tendering advice. It, however, indicated that 654 cases may have to be moved forward to 2021 due to the delays in pursuing the cases.

But the chief vigilance commissioner, Sanjay Kothari, and his team at the CVC received a shot in the arm after the panel decided to advise the government to give adequate funds to the commission to cope with the growing financial frauds.

The Modi sarkar is feeling stifled in its efforts to get the cadre-controlling authorities of services like the IAS, IPS, IFS and others to conduct the exercise which would then allow the government to undertake further administrative reforms, which may include shutting down obsolete services and merger of some cadres for better efficacy.

According to sources, Deepak Khandekar, Secretary, department of personnel and training (DoPT), has directed all cadre-controlling authorities to appoint joint secretary-level nodal officers to ensure that the cadre reviews are completed promptly. The government aims to get one round of cadre review for all services completed in five years.

The government’s action is clearly prompted by the growing number of vacancies in government services, complaints of delayed promotions from several affected officials. However, the cadre controlling authorities in the various central ministries and departments have blamed the Covid pandemic for defaulting on the prescribed timeline laid down for the reviews. But the government is no longer willing to accept this plea, as the DoPT’s memo indicates. It wants to move ahead with its plans to streamline the cadre structures to satisfy functional requirements and remove existing deficiencies in the system.