Anita Katyal | Strange why MEA kept out of Kiev; Congress in Goa tries to stay united

Congress insiders fear that if Mr Lobo is not adequately rewarded, he may cross over again and take away five to seven legislators with him 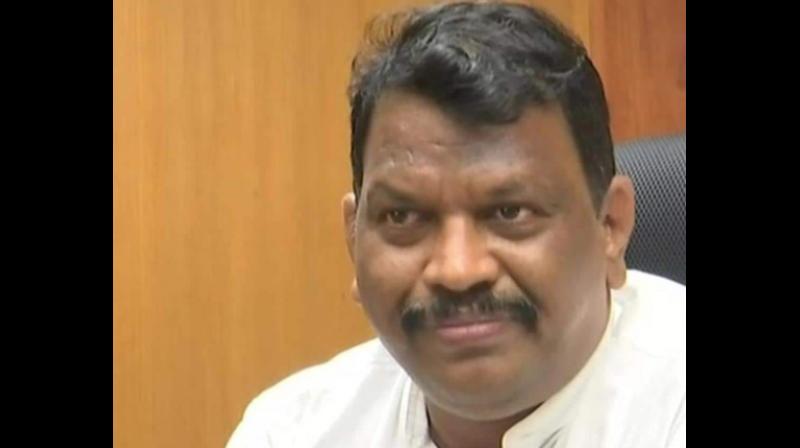 The external affairs ministry, headed by S. Jaishankar, has three ministers of state — V. Muraleedharan, Meenakshi Lekhi and Rajkumar Ranjan Singh — to assist their senior minister. And yet none of them were asked to pitch in when the Narendra Modi government began the difficult task of flying out stranded Indian students in Ukraine. Instead, the Prime Minister tasked ministers Hardeep Puri, Jyotiraditya Scindia, Kiren Rijiju and V.K. Singh to fly to countries bordering Ukraine to oversee the evacuation of Indian students. Predictably, questions were being asked whether Mr Jaishankar’s junior ministers could not be trusted to handle this assignment even though it pertains to their ministry. Ms Lekhi did briefly review the arrangements made at the control room set up by the external affairs ministry to help the students but subsequently flew to meet Sadhguru Vasudev in Coimbatore where she had an “extensive conversation on the importance of soil health amidst the soil degradation crisis.” Clearly, Ms Lekhi had more important matters to attend to besides her ministerial duties.

Bahujan Samaj Party chief Mayawati may have kept a low profile in the current Uttar Pradesh Assembly polls but her continuing hold over the Jatav vote has pushed all the political players — the Bharatiya Janata Party, the Samajwadi Party and the Congress — to treat her with kid gloves. The BJP has its own reasons for going soft on Ms Mayawati but the two Opposition parties chose to do the same for fear of alienating the Scheduled Castes. The Samajwadi Party leaders were tempted to disparage Ms Mayawati in an effort to win over the non-Jatav Scheduled Caste voter but they were discouraged from doing so by their strategists following feedback from the ground that though the non-Jatav castes were unhappy with Ms Mayawati and did not hesitate to criticise her publicly, they took strong umbrage if others spoke the same language. Their argument was: Ms Mayawati has many faults and we have a lot of grievances with her but she is “our beti”.

Having learnt a bitter lesson in 2017 when the Bharatiya Janata Party managed to form a government in Goa though it was not the largest party, the Congress is taking no chances this time. While the Congress is convinced it will cross the majority mark on March 10 when the Assembly election results are declared, it is keeping a strict eye on candidates who could be persuaded to switch sides in case of a close contest. The Congress faces a challenging task as several of its potentially winning candidates were poached from the BJP and have no ideological commitment to the party. It faces its biggest threat from Michael Lobo, the strongman from North Goa who was inducted into the Congress with much fanfare. Congress insiders fear that if Mr Lobo is not adequately rewarded, he may cross over again and take away five to seven legislators with him.

Consequently, Congress leaders P. Chidambaram, Dinesh Gundu Rao and Digambar Kamat are in constant touch with Mr Lobo. At the same time, Mr Kamat who is likely to be named chief minister in case of a Congress victory, has also been asked to keep his flock together and maintain cordial relations with party candidates from the Trinamul Congress and the Nationalist Congress Party to enable party managers to move swiftly once the results are out.

As political parties in Punjab await the results of the Assembly polls, state Congress leaders along with party office bearers from Delhi have been confabulating regularly about the possible outcome on March 10. The Punjab election has been the most difficult to predict because the once-bipolar state for the first time witnessed a multi-cornered contest. Chief minister Charanjit Singh Channi has been looking particularly downcast as he realises he will be the fall guy if the Congress loses. At one such meeting, he is learned to have remarked that he is in the same condition as the character Thakur in Sholay. “One arm was taken by Sidhu and the other by Jakhar, leaving me helpless.” He was obviously referring to the open war waged against him by the present and former Punjab Congress presidents Navjot Singh Sidhu and Sunil Jakhar. It is to be seen if Channi, like Thakur in Sholay, can fight back.

Meanwhile in Uttarakhand, the blame game in the ruling Bharatiya Janata Party began well before the declaration of the election results while internal rivalries have also come to the fore. Four BJP legislators have publicly accused the state party chief Madan Kaushik of sabotaging their election. Of them, three are known for their proximity to chief minister Pushkar Singh Dhami while Mr Kaushik is known to be close to former chief minister Trivendra Singh Rawat.This clearly suggests that the state BJP is set to hold Mr Kaushik and, by implication his mentor Mr Rawat, responsible if the party loses. Even if the BJP wins, the demand for Mr Kaushik’s ouster will not die down as the state president hails from the plains and is unacceptable to the leaders from the hills.